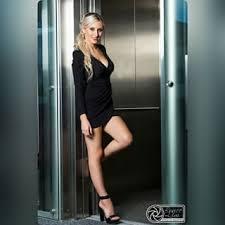 During the Cold War and beyond, Western diplomats had to constantly keep their wits about them when serving in the USSR and the Eastern bloc as they were prime targets for the KGB and respective Secret Police forces, who relied on a range of methods to get access to classified information.

One of the most effective was the tried-and-true "honey traps," in which beautiful, exotic women were used to work undercover to seduce and entice to get information. These honeypots, as they were also called, were the source of frequent irritation or sometimes amusement by male diplomats but occasionally, they could result in a real breach in security, as when an admin officer at Embassy Warsaw named Irwin Scarbeck passed confidential information to Polish security to protect his Polish mistress.

David M. Evans served as the Consular and Economic Officer in Warsaw from 1964-1967. He describes how during training he was repeatedly warned about avoiding Polish women. He was interviewed by Charles Stuart Kennedy in 1996. Philippe Du Chateau served as the Assistant Information Officer in the Press and Cultural Section in Moscow from 1984-1987. He recalls an incident that occurred in 1986 when a Marine named Corporal Arnold Bracy became entangled with du Chateau's Russian nanny, was subsequently sent back to the States and indicted for espionage. He was interviewed by Kennedy beginning August 2011.

Read also the Spy who loved (to follow) me, about the Clayton Lonetree affair at Embassy Moscow, and other Moments on espionage. "Never get into an elevator with a Polish blonde"

I had not even reported to the German Affairs Office, when I got a telephone call. The telephone caller said, "Would you like to go to Warsaw?" I said, "Would I like to go to Warsaw?" Absolutely, this was beyond my dreams. The reason was that a U.S. diplomat named Irwin Scarbeck had been arrested for espionage. He was later to be sentenced to 10 years at Ft. Leavenworth, the first U.S. diplomat to be sentenced for espionage. They needed an extra body in Warsaw.

He was a GSO, General Services Officer, I would not go into his job, but I would go into the Consular Section and somebody in the Consular Section would be moved to the GSO position. I said, "When do you want me?" They said, in about six weeks. Well, at this time, I knew Russian, and Serbo-Croatian, but no Polish. So, they gave me six weeks of Polish training. My wife was very unhappy about going to Poland.... 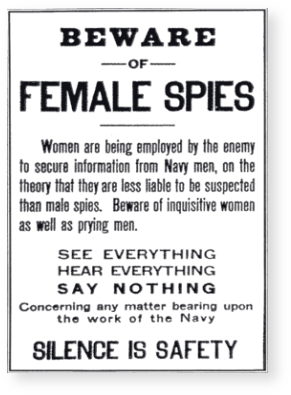 I also went through, intensive security briefings, because the Scarbeck thing had shaken up not only Embassy Warsaw but the whole Foreign Service. This was big stuff. Scarbeck had been trapped by a Polish girl, a Polish blonde. [Ursula Discher, pictured] So, I studied Polish and prepared to go out there in six weeks.

I was also told that I was the first junior officer to be sent to an Iron Curtain post without having first served in another foreign post. This was a great honor, as it were. I was given these intensive security briefings, where pictures of Polish blondes were flashed on the screen and I was shown maps of the area.

They were concerned [about honeypots] all right, and I was taken aback by the intensity, almost ferociousness, of this security briefing. As I say, Polish blondes were seen as the enemy, quite clearly. I was shown pictures of typical Polish blondes they wanted you to avoid and told stories of entrapment scenarios that had happened. Of course, they told about the Scarbeck case: how he was married and the hold over him was that if he didn't give the blonde NATO [North Atlantic Treaty Organization] secrets, she would be sent to a prison camp to be a prison prostitute.

To avoid that, as he thought he was doing, and to help her, he did steal classified NATO documents, copy them, and then give them to her for her bosses. Eventually he was caught. So, that was one way. But one story, in particular, seemed relevant later.

The diplomat thinks, "Ah, help is here. All is well." As the trap door opens on the top of the elevator car, the blonde suddenly throws her coat off and is standing there stark naked and hurls herself on the diplomat. Whereupon the "technicians" who were coming to save them, turn out not to be technicians, but photographers, and are snapping pictures.

So, the moral of that story is, never get into an elevator with a Polish blonde. I used that later to write a story that appeared in a national magazine, with an enticing cartoon of a Polish blonde in a furry coat, with a scared diplomat. That was one story.

There was another story against the background of Big Red [Communism], because that was what we were dealing with, Big Red, and Big Red extended from all of Asia and Eurasia and Soviet Union, right down into Eastern Europe. Big Red was what we had to be mindful of, and be careful of.

The other story was real. I won't reveal his name. An American diplomat and his wife were going to a party in Moscow, I think, and the babysitter, at the last minute, called in and said she was sick, which turned out not to be the case.

As a result, the wife had to stay home with the children. He went to the party alone. There was a lot of drinking. When he didn't show up, his wife was concerned. Let's say it was Friday night, Saturday morning, when his wife woke up, and he hadn't come home. So a hue and cry was raised. Finally the embassy security people tracked down where this party had been, in some Russian apartment.

They burst in and found bottles and glasses and filth all over the place, from obviously a huge party. But no one was there except the American diplomat, stripped naked, except for his underwear, which had been taken off and put over his head. He had been given some sort of "Mickey" [a drugged concoction to knock out an unsuspecting victim] in his drinks. He subsequently left Moscow and pursued a career in another geographic area. Such were the stories.

But the underlying message was: Avoid Polish blondes at all costs.

"She was working for the Soviet government, reporting on us" Philippe du Chateau, Assistant Information Officer (Press and Cultural Section), Moscow, 1984-1987

DU CHATEAU: At that time, I guess it would have been in mid-1986, we were living in a very small, not very elegant, apartment, way out on Leninsky Prospect. My wife...was working for ABC News. Our time to go on home leave came and as was commonly done, we arranged for somebody to live in our apartment in order to keep the bad guys out. We knew that the Soviets were going to ferret through our stuff when we weren't there.

For once I'm not being paranoid at all -- we saw the things we lost, small things, some of my daughter's clothing, pairs of shoes, that kind of thing, when we went out of town to Finland. It would be hard to spot sometimes, but you would notice these things just disappear. But the guys who came in would never be nasty, they were just light fingered when they were going through our apartment. Other embassy folk had things damaged sometimes, but perhaps they were more of a target.

So one of my wife's colleagues at ABC News, he was glad to get a better place to live for the month while we were gone. So he agreed to stay in our apartment, and we left on vacation.

But then soon after we came back, a month would have passed, the guy from ABC approached my wife at work and said, "You know, the strangest thing happened to me and I didn't know what was going on, but when we moved into your apartment, we came in the front door and we heard some commotion in another room, in the bedroom, and one of your Marines came out with a young lady and said he was doing an inspection of the apartment and they left."

There's some background needed here. In the years of all the increased security in the embassy, for a long time the Marines employed Soviet cooks who would come to their quarters to work. The Marines lived in the old embassy building [pictured], the same place where we all worked, but on a lower floor. Then, because of tightening security, the cooks were let go.

I guess the Marines had to start cooking for themselves, or more likely they brought in cooks from Finland or the U.S. Anyhow, one of the cooks was a favorite with the Marines. She was highly recommended, the Marines loved her, she was a nice lady, we needed a nanny, my wife was working full time, and so she became our nanny, Nanny Galia. I don't remember her last name. She spoke English.

She was a very, very intelligent young lady, very good with my daughter. I sincerely want to be very complimentary about her in anything I say as she was a good person and I have no reason to think she was anything else. However, she was, as we know, working for the Soviet government, reporting on us. 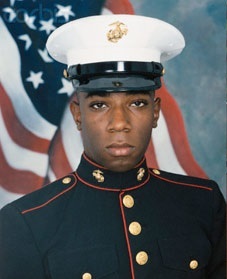 Of course she was and we didn't mind that, we were very used to it, we knew what was going on. Working in the Soviet Union, we expected it. Who wouldn't? Unfortunately, one of the Marines, a Corporal [Arnold] Bracy, did get involved with Nanny Galia, who was a very attractive young lady. I don't recall how we knew who the Marine was in our apartment, but we did, it was Bracy. And so as soon as my wife and I learned of what was going on, we got in touch with the embassy security officer and had a little discussion in one of the secure rooms in the embassy.

Poor Bracy, I don't know what happened to him, but he was such an innocent. He was a nice guy. We really liked him, we really like Galia. This all hurt.

Corporal Bracy later went on trial, I think, and maybe he did some time. They, whoever they were, they were looking for such compromising connections involving the Marine Security Guards in Moscow after the Lonetree affair earlier in the year, and we gave them one.

It was a working assumption that these things were going on. Everyone was looking for spies. I have no idea what happened to Nanny Galia. Golnar and I haven't forgotten her. She was a good lady and my daughter really liked her.

[Note: In a June 13, 1987 New York Times article, Bracy said he was approached in June 1986 by a Soviet cook who worked in the Moscow embassy and was apparently trying to recruit him as a spy. He said he immediately rebuffed the woman and later reported the incident to his commander. About three weeks after the original encounter with the cook, the corporal said, he went to a diplomat's home, where the cook worked, to tell her he was angry that Soviet officials would even consider him as a potential spy. He said he failed to report that incident to his commander. The charges against Corporal Bracy were dismissed in 1987 because the Marines were unable to corroborate the confession that he later recanted.]