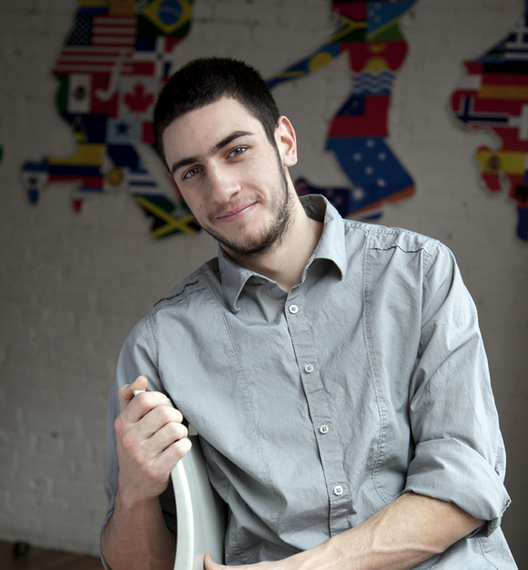 I went to a large, overcrowded high school in Queens. My freshman year, I loved going to school. I had a 95% average. Sophomore year, that all changed. I cut class all the time. I'd walk out of the building, right past security guards, and they didn't care. There were kids walking around the hallway, not going to class and still getting 75% averages. I figured if the ones walking the halls are getting a 75% average, what's the point of my going? It showed me that no one cared. No one wanted you to be there. I was failing two classes. That's when Global Kids reached out to me.

I didn't realize at the time I was being targeted for a drop-out prevention program. The trainers based at my school told me about the Global Kids program. What piqued my interest was when they mentioned the possibility for free travel. I thought, "Cool, free things."

Once a week we had a workshop, and, other times, if I wanted to go during lunch to hang out and do a couple of activities, that was fine, too. The trainers told me that when I got discouraged at school, I should come by and talk. They said, "We won't even talk about school, just talk about your day." That really helped because I knew that there was an escape within the confines of the school. I could just walk down two flights of stairs. That kept me in school.

I'm used to people saying, "Just give up." I'm not a quitter, but once you hear it so many times, you start to get that mentality. "Maybe I can just drop out. It's only a high school diploma. I'm going to be a grease monkey anyway." Then out of the blue, someone says, "Don't give up." And you start to realize that they're the right ones. Everyone who was telling you to give up, they already have no future. They already passed the point of no return. I didn't. If Global Kids hadn't found me and I had dropped out of school, I would either be in Rikers or six feet under.

I ended up graduating high school with an Advanced Regent's diploma. After high school I went to the Co-Op Technical School. I was in there to study electrical installation. Last August, I signed my contract for the Navy and in March I was sent to basic training. I signed up to be an aircraft mechanic working on jet turbo engines so most likely I'm going to be on an aircraft carrier.

I will be traveling the globe. I'm going to be in different cultures, meeting different types of people, and my experience in Global Kids is going to help me because they always taught me not to only see things just from my perspective.