Working at an animal shelter for three years, one of my responsibilities was to make sure no animals adopted from the shelter ever wound up on Craigslist or any other site to be re-homed. Did it happen? Yes. Did we get the animal back? Yes.

People use Craigslist and Facebook for just about anything nowadays, even giving away pets. Don't do this! The logic I would often hear? "I would rather put my pet in a home than in a shelter." Shelters get a bad name, but there are tons out there doing their damn hardest to find every animal a home.

Dog fighters scour Craigslist and Facebook all day looking for pets they can use as bait. Look at the photos below; these two animals were given away online. 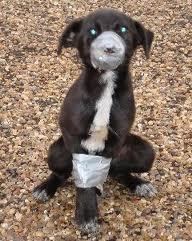 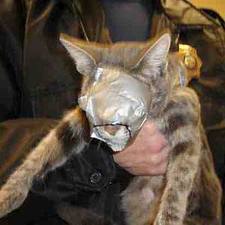 Dog fighters and animal abusers will dress nicely, show up to meet your pet, act courteously, promise to love the animal, and lie the entire time. Once they have the animal you listed online, it's highly likely that the animal will wind up like the two poor souls above. This is how dog fighters train their animals to fight and kill. Craigslist is a gold mine to animal abusers and dog fighters; it is the cheapest and easiest way to get what they need.

Most shelters require references, home checks, and adoption fees. Dog fighters and animal abusers are highly unlikely to get around all these requirements.

Take an honest look. Do pets in animal shelters or those above look like they have a better chance of finding a loving home?

If you absolutely insist on giving your animal away online, make sure you require a fee. Dog fighters will not pay hundreds of dollars for your pet. They want to train their animals to fight as cheaply as possible; why pay for an animal that won't survive long anyway?