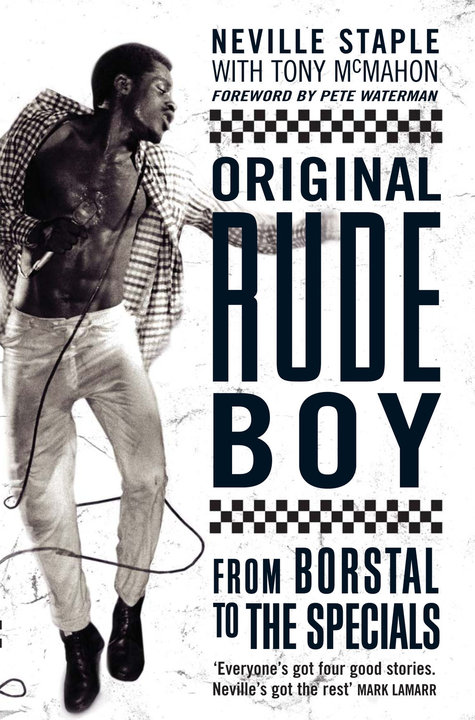 High unemployment, high tensions, and global recession -- these are headlines that can fit into the world we live in today, yet they were also the headlines the world faced in 1977. Just as punk exploded into the forefront of pop culture and brought a counter culture attitude as to what was going on in the world, youth all around the planet were listening to the words and music of The Clash, The Sex Pistols, The Ramones and The Who. Yet, in 1977, inspired by the attitude and message of punk, a band with distant island sound formed and changed the musical landscape forever. That band was The Specials.

Between 1977 and 1984, The Specials changed the world around them in both style and sound. They showed the world that being different was fashionable and having fun was what life is supposed to be. Writer Tony McMahon told me "I think it has to be said that music was almost like an ideology or a religion in those days." The trials and tribulations of The Specials are all documented in the autobiography of the man that was there at the forefront seeing it all, original rude boy -- Neville Staple.

In his autobiography, Original Rude Boy, Staple along with writer Tony McMahon tell the uncensored story of life in one of music's most loved bands. The book chronicles Staples' youth, moving abruptly from Jamaica to Rugby, England with his strict father. What we find is Staple was always looking to have the time of his life and make the best of his situation, no matter what setting he was in. The story of Neville Staple is one to be admired and adorned; it shows that anyone, given the opportunity and passion can create a great situation for themselves. For a Jamaican immigrant in England, there was not much opportunity but to work in the factories nearby, yet Staple wanted something more. "If there was an escape route out of poverty, he [Neville] was going to find it" McMahon tells me. With hard work and a bit of luck and charm, Neville has become an icon in music and music culture for nearly four decades.

Staple wanted to be the starter of every party and the center of attention and with The Specials. He not only did it, he altered the earth around him. Tony McMahon tells me "There was a division in the late '70s between black kids in to reggae and white kids in to punk. The genius of 2Tone was to take an older Jamaican sound, ska, and mix it with punk sensibilities. Suddenly, we all had pork pie hats and [were] wearing a lot of black and white check." Mixing races at gigs in those days seemed to be unheard of, but for The Specials it was the norm and was shown in the infamous 2Tone checkered logo. Staple tells me "Thing is, we were using English and black music mixed together. And the symbol was the black and white checks together. And that was a statement saying we wanted to see the youth, no matter what their colour, standing together." The band and music's message would eventually gain the attention of Joe Strummer of The Clash who asked The Specials to tour with his band in 1978. "To be honest with you, in those days, the only group of people I got on with was the Clash, Joe Strummer and Mick Jones -- they were the first people who helped us. They understood black kids, that was very different back then," Staple tells me about linking up with The Clash. While on a national tour with The Clash the Coventry band would boom across the country. "There was a weird thing about The Specials coming from Coventry, which frankly, in London, was a place we knew little about. It was a Midlands town with a big automotive industry but otherwise, not somewhere you'd visit unless there was a football match," McMahon says about the band's origins.

"The music of The Specials -- bouncy political pop -- allowed you to dance and think at the same time. Even more than the snarling postures of punk, 2Tone had a deadpan cynicism that seemed a whole lot more relevant," McMahon tells me about the bands mission and resonance. While The Specials would create harmony in their music and sing about peace and love, some members of their audience would see otherwise. McMahon says "2Tone burned bright but burned briefly. You could almost say it rose with the election of Conservative Prime Minister Margaret Thatcher in 1979 -- which felt to half the country like the enemy had taken over -- until the riots of 1981." With mounting tensions in Britain in the summer of 1981 due to high unemployment, the sound of The Specials was an escape but reality was brought into the clubs. National Front and Neo-Nazi members would storm the band's gigs and beat up the black kids in attendance. For Staple and The Specials, the actions by these ignorant groups hindered the beauty of what The Specials and ska were about. When I ask Neville if he was afraid of these groups, he replied "Never. No, never. Because it's in my nature not to be scared by stuff like that. I grew up with it. Saw it on the streets. They could bring it on." Though the violence would be continue at some gigs, as were the tensions outside the venues The Specials played coupled with escalating tensions within the band, they called it quits.

Neville, Terry Hall and Lynval Golding formed Fun Boy Three, they only lasted two years. Though the spark of The Specials and 2Tone may have died down by the end of the '80s, in 2008 The Specials reformed without Jerry Dammers and continue to tour the world and sell out every gig they play. "There will not be a new record but we will be back again in September," Staple says of the Specials plans for later this year. As for Staple himself, he still keeps busy with his big family and work in the music business, as well as working on a follow-up to Original Rude Boy. He says of working with Tony McMahon "He knows how to talk to people, knew how to talk to me. And I want to do a follow up about the touring with the Specials and stuff we left out before - and he's the man because he knows what I'm like." Whatever Staple may do down the line, his impact is still as inspiring to today; in his 50s bouncing around stage as he did when he was a teen all those many years ago. He may have had too much too young, but he recognized the accountability that went along with his proceedings.