On March 5, scholar and former Disney animator Christopher Oakley made a discovery that could change the way people view Lincoln's historic Gettysburg visit.

Smithsonian magazine reports Oakley discovered a rare image of Lincoln in a famous photo of Gettysburg on the day the former president gave his most famous speech.

(Scroll down to see Oakley's discovery.)

Oakley was studying an enlargement from wide crowd shot of the ceremony where Lincoln gave the Gettysburg Address, looking for dignitaries who attended the event. Smithsonian magazine reports:

While trying to distinguish them in the right half of Gardner’s first stereo plate, he zoomed in and spotted, in a gray blur, the distinctive hawk-like profile of William H. Steward, Lincoln’s secretary of state. Oakley superimposed a well-known portrait of Seward over the face and toggled it up and down for comparison. “Everything lined up beautifully,” he recalls. “I knew from the one irrefutable photo of Lincoln at Gettysburg that Seward sat near him on the platform.” He figured the president must be in the vicinity.

Oakley downloaded the right side of a follow-up shot Gardner snapped from the same elevated spot, but the image was partly obscured by varnish flaking off the back of the 4- by 10-inch glass-plate negative. “Still, Seward hadn’t budged,” he says. “Though his head was turned slightly away from camera, he was in perfect profile.” To Seward’s left was the vague outline of a bearded figure in a stovepipe hat. Oakley leaned into the flat-screen monitor and murmured, “No way!” Zooming in tight, real tight, he stared, compared and sprang abruptly from his chair. After quickstepping around his studio in disbelief, he exulted, “That’s him!” 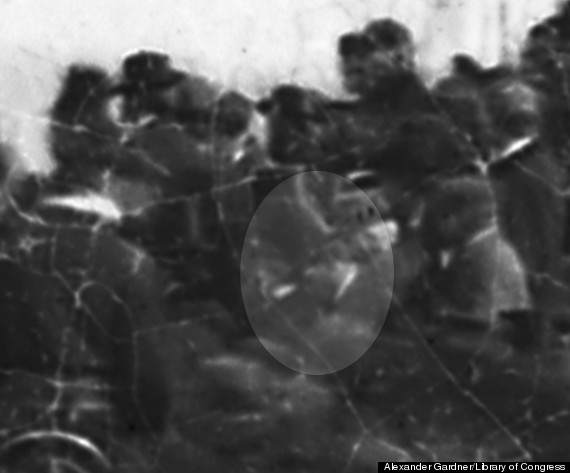 Below, a larger image of the photo featuring Lincoln: 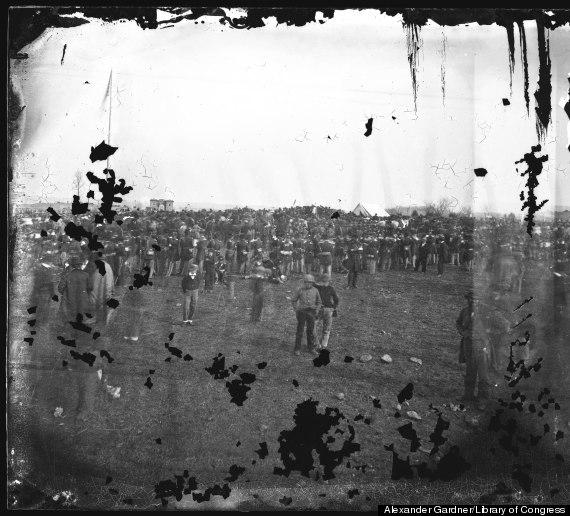 Click here for more on Oakley's discovery from Smithsonian magazine.

Presidents Who Died In Office