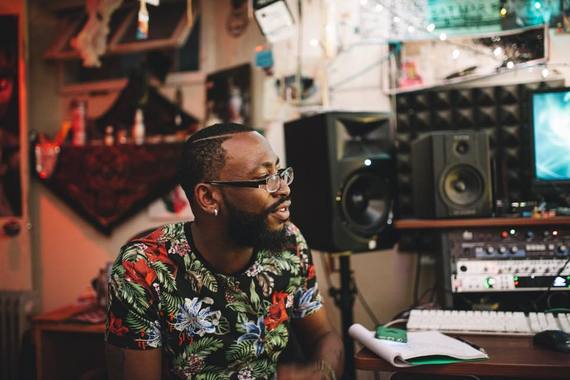 Music can be the voice of an era, the soundtrack of a lifestyle, or a marker of life's most pivotal moments. Furthermore, various types of music affect us differently depending on our age and life experiences. While some may have enjoyed the raucous world of punk music only during their youth, others may continue to listen to it well into adulthood. There is no expiration date and no right or wrong way to enjoy the wonderful world of music.

The idea of college music embodies the carefree and uplifting energy that surrounds the college days, full of youth, fun, excitement, and change. While Denver-based funk/pop/hip-hop artist, Turner Jackson, expresses the buoyant lifestyle of the modern day college student, that does not mean his sound is limited to frat parties and dorm rooms. With a deep influence from soul and funk, his music speaks for the younger generation while still identifying with the older generation.

Turner Jackson's 9-track album, Red Plastic Cup, is full of funky, danceable party songs that are bringing classic funk and gospel sensibilities to the college scene. The common red plastic cup has become an iconic symbol that represents the renegade party, a party that has no last call, no rules, and no end (unless the cops show up, of course). It is interesting how a red plastic cup can evoke so many images of parties past, full of debauchery, keg stands, rebellion and freedom. Turner Jackson has taken a seemingly mundane beverage receptacle and made it his muse.

"Music is about sharing thoughts and sending energy to another person. I am responsible for the message in my music, whether it's that of destruction or positive impact." -Turner Jackson

With elements of '60s gospel, '70s funk, '80s new wave, '90s hip hop, and modern electro, indie and pop, Turner Jackson has created a genre-blending sound that is both evocative of the past and illustrative of the present. His light-hearted lyrics and various character voices incorporate an air of humor that remains consistent throughout the album. Taking the listener on a coming-of-age journey through love, lust, rejection, disrespect and inebriation, he tells a modern story of life as a 20-something. Though this album is new, Turner Jackson is no stranger to creating music as he has worked diligently in creating this signature, one-of-a-kind sound.

Backed by the live band Motion Trap, Red Plastic Cup starts off with the track "Hard Man," laying down a funk-laden melody that exhibits one of his more humorous vocal characters. The rhythm and sound remain relatively consistent until the track "Yesterday" which brings us into the song with folk-like, acoustic guitar strumming before catapulting into yet another, funky, fun-loving beat. The album wraps up with the indie-pop song, "See You Again" which strays from the funk a bit and shows off his skills with arrangement and instrumentation. Though well-rounded and diverse, Turner Jackson finds a way to retain a cohesive sonic palette throughout the duration of Red Plastic Cup.

The Denver music scene is bubbling with talent and Turner Jackson's sound is now overflowing into the world. Full of nostalgia and the carefree vibes of the modern day youth, Red Plastic Cup can be enjoyed by a wide spectrum of generations. Perfect for any party setting, I will never look at a red plastic cup the same way again.