Jews have a special relationship to books, and the Haggadah -- the user’s manual for the Passover seder -- has been translated more widely, and reprinted more often, than any other Jewish book. Everywhere there have been Jews, there have been new Haggadahs.

The Torah is the foundational text for Jewish law, but the Haggadah is our book of living memory. It doesn’t merely tell a story, it demands a radical act of empathy -- I would argue the most profound demand made by any book of any kind. We are asked not to receive a story, but to be characters within it, to feel as if we, ourselves, are being liberated from Egypt.

About nine years ago, I began work on New American Haggadah. I had no idea, in the beginning, how it might look or read. What I came to realize is that a Haggadah should not be an act of self-expression, but Haggadah-expression. Any writing or art that draws attention to itself does so at the expense of the Haggadah. The most one can hope to do, when working on a new Haggadah, is to tune this greatest of all instruments so that it is more easy to sing along to.

The commentaries, and their relationship to the liturgy, are new. We offer four different perspectives: NATION (written by Jeffrey Goldberg), which asks what political questions we should be grappling with as a People; LIBRARY (written by Rebecca Newberger Goldstein), which approaches the Haggadah from a literary/psychological perspective, examining characters and motives; HOUSE OF STUDY (by Nathaniel Deutsch), which practices a more traditional rabbinic kind of questioning, referencing the stream of Jewish commentary, and finally PLAYGROUND (by Lemony Snicket) which is written for younger readers. The idea was not simply for the commentaries to be used differently by different seder-goers, but for the perspectives to reveal the fullness of the text: the more you push on it, the more it gives back. There is no earnest approach that wouldn’t yield ideas.
--Jonathan Safran Foer, Editor of the "New American Haggadah" 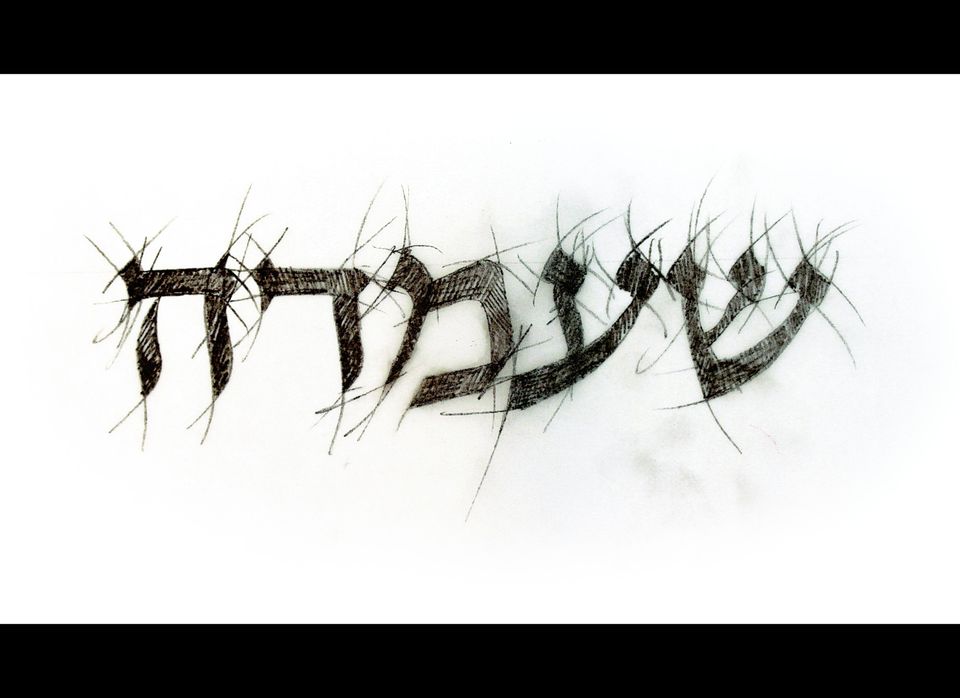 1 / 15
Kiddush
The Passover seder is conducted in an orderly fashion, with each ritual performed at a certain time, in a certain way, according to thousands of years of tradition. This is surprising, as the Jewish people do not have a history of being particularly well organized. Even God Himself often seems engaged in convolution, a phrase which here means "as if He has not quite followed His own plan." If you look around your Passover table now, you will most certainly see the muddle and the mess of the world. There is likely a stain someplace on the tablecloth, or perhaps one of the glasses has a smudge. Soon things will be spilled. You might be sitting with people you do not know very well, or do not like very much, so your own emotional state is somewhat disordered. Nobody likes everything served at the Passover dinner, so there will be chaos within people's palates, and the room is likely to be either too cold or too hot for someone, creating a chaos of discomfort. Perhaps there is someone who has not yet been seated, even as the seder is beginning, because they are "checking on the food," a phrase which here means "sneaking a few bites" when they're supposed to be participating in the ceremony. This is as it should be. Passover celebrates freedom, and while the evening will proceed in a certain order, it is the muddle and the mess around the order that represent the freedom that everyone deserves, and that far too many people have been denied. With that in mind, why not excuse yourself, in an orderly fashion at some point in the ceremony, so that you might check on the food? (Playground by Lemony Snicket)
Oded Ezer