As we enter the new decade, the chess world is ruled by a middle-aged man and a teenage girl. A twenty-something phenom presides over the world's ratings and a new book recalling one of the greatest chess magicians has been published recently. 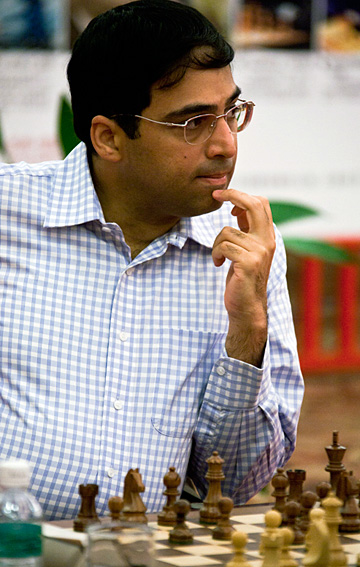 Vishy Anand steps into the year 2011 as the world chess champion. At 41, the Indian grandmaster can look back on his career contentedly. In 1991 in Brussels, he almost eliminated Anatoly Karpov from the world championship cycle. In the next 20 years, Anand won many major tournaments and world championships under different formats and time controls. How long can Anand keep the world title is not clear, but I can't imagine him free-falling from the chess Olympus any time soon.

Hou Yifan is the current women's world champion and at age 16, the youngest in chess history.

Discovered by the chess world at the age of 11, she was predicted to win the world title one day. 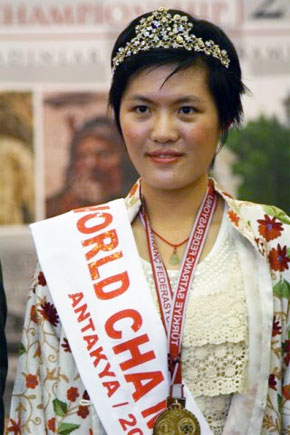 Her confidence grew and at the age 12 the Chinese girl stated her plans as follows: buy real estate in Paris and overtake Judit Polgar, the all-time best woman. It may happen, but not yet. Polgar, who was rated among the world's top 10 in her prime, is rated 84 points above Hou -- a steep mountain to climb.

Anand has to wait for his next challenger for the world crown. He will come from the eight-player Candidates competition in May. It will not be the world's top rated Magnus Carlsen who decided to skip the current world qualification cycle. His move drew some criticism from other players and chess celebrities, but the Norwegian was merely being consistent. In December 2008, Carlsen and Mickey Adams withdrew from the World Cup, a series of six tournaments that were losing form and shape. FIDE changed the venues and the players even though it was a qualification for the next world championship.

Bobby Fischer made a similar move after the Soviet players cheated on him during the 1962 Candidates tournament. After FIDE changed the qualifying tournament to one-on-one Candidates matches, he showed up again at the 1967 Interzonal in Sousse, Tunisia. He played 10 games with us and left after a dispute with the organizers. Fischer returned in 1970, stronger than ever, and went all the way, becoming the world champion at the age of 29. Like Fischer, Carlsen has time, but his game has to keep maturing. 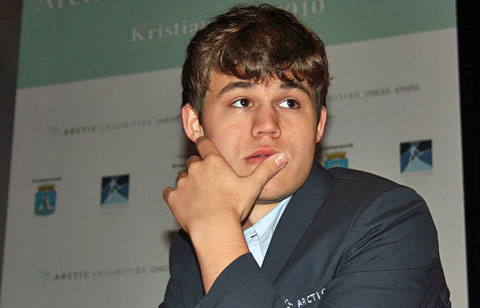 Last January, Carlsen fulfilled one of his dreams and became the world's top-rated player. A year later, the Norwegian grandmaster is still number one on the FIDE rating list with 2814 points, Anand is second with 2810 and third is the Armenian GM Levon Aronian with 2805 points. Aronian dominated the FIDE Grand Prix tournaments and for the last 18 months dwelled among the world's top five players. Last November in Moscow, he won the World Blitz championship and shared first place at the Tal Memorial, played in honor of one of the most fascinating world champions. You start talking about attacks, combinations and magic in chess and you ultimately end up talking about Misha Tal. It is inevitable.

On a magical journey with Misha Tal

Mikhail Tal (1936-1992) clinched the world title a half century ago, arriving with hurricane force. He won the 1957 Soviet championship and within three short years he became the world champion. It was a fast, reckless journey. Misha Tal was a free spirit. You gave him freedom and he would fly. It was a joy to watch him create his masterpieces, it was a great time to grow up in chess.

"You played like Tal," became one of the highest accolades for attackers. With his spectacular sacrifices and combinations, Tal won the hearts of chess fans and inspired many players. Plenty of them tried and failed to play like him. It was especially tempting to sacrifice pieces when Tal was present. At the 1961 European Team Championship in Oberhausen, Germany, Tal could only watch the incredible adventures of the young master Jindrich Trapl who in nine games sacrificed eight pawns, two exchanges, two light pieces and a queen. He was promptly called the Czech Tal and some wondered why the real Tal was not nicknamed the Latvian Trapl. 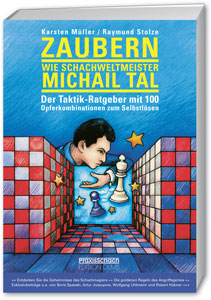 In today's computer-infested chess world the attacks of the late world champion Mikhail Tal are as remarkable as they were a half century ago. A fascinating book by Karsten Mueller and Raymund Stolze, " Zaubern wie Schachweltmeister Michail Tal," recently published in German by Edition Olms, re-lives the magical moments created by the Latvian grandmaster. Two years in the making, the book invites the reader to solve 100 positions from Tal's games. It is also loaded with tactical tips and memories of players who knew Tal well or played against him, such as Boris Spassky, Anatoly Karpov, Vladimir Kramnik, Robert Huebner and Artur Yusupov.

Tal had a great sense of humor. "There are two kinds of sacrifices," he said, for example. "The correct one and mine." His were spectacular and speculative. The book treats both kinds, adds warm-up combinations and ends with a chapter on how to correctly defend against the magician.

Huebner, one of the world's best defenders and analysts, wrote the longest piece for the book. He argues that Tal was not a pure tactician and his sacrifices were made with strategical goals in mind. Throughout his life, Tal did not write most of his articles and game comments. He usually dictated them. Incredible variations came from his head. But there was one game he skipped commenting on and it became the most analyzed game.

In his book "The Life and Games of Mikhail Tal," Misha provided only a diagram and the last 20 moves of his game against Dieter Keller from Zurich 1959, explaining that the variations left behind the scenes were numerous and complicated. "I did not want to give a faulty analysis, and to work through it to the end is, I am afraid , hardly possible," he said.

Of course, this was a challenge for Huebner. He wrote his first analysis of the Tal-Keller game 18 years ago. Some annotators, including Garry Kasparov, copied it with all of Huebner's mistakes. The new corrected and expanded version is 43 pages long. Before going deeply into the game, Huebner briefly points out the critical moments. 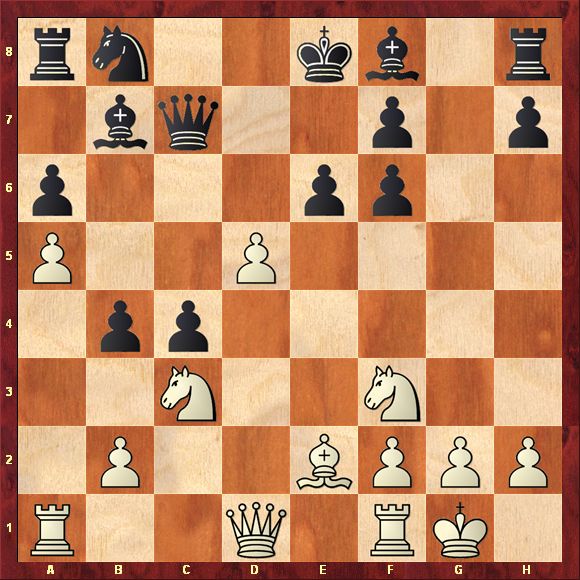 When once asked to name his best game, Tal answered: "As long as I live, I can't." Everybody has his own favorite Tal game. I like his combination against Hans-Joachim Hecht at the Varna olympiad in 1962, but this amazing game almost didn't take place. Tal, a heavy smoker, shared room with Spassky. One morning, around 3:30, Spassky returned to his room only to see Tal's bed in flames and saved him.

Hecht speaks very highly about his encounter with Tal: "The whole game resembles an artistic creation of the highest order. The Latvian artists Juta & Mareks used the position before 19.exf6 to honor their countryman. They recreated it on an one-by-one meter canvas, but they left out the black pawn on c5. In early November 2008, I discovered the piece in an art shop in Munich and immediately bought it even with the artistic mistake." 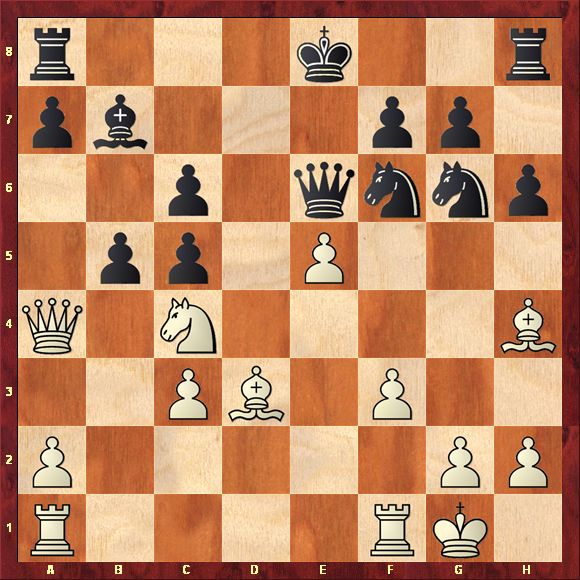 19.exf6!
("I almost fell out of my chair when I saw this reply, since I was counting only with 19.Qb3. But that was not all. Suddenly a large demonstration board appeared on my right and our position was being quickly set up. Sensation-seeking spectators were rushing towards our table. In addition, Tal's teammates were crowding around our board, resembling organ pipes." - Hecht 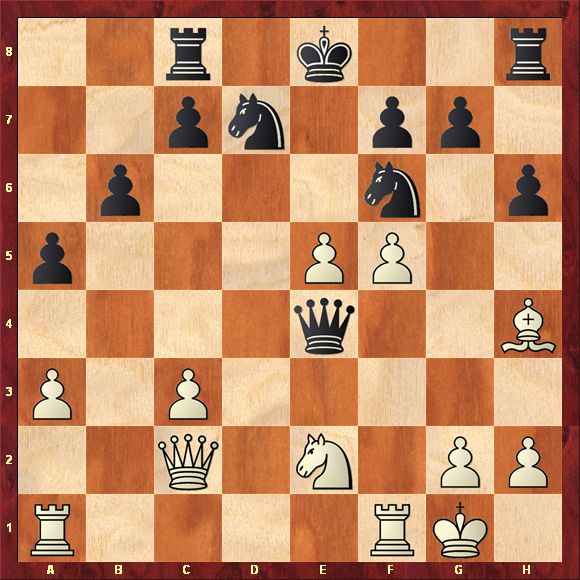 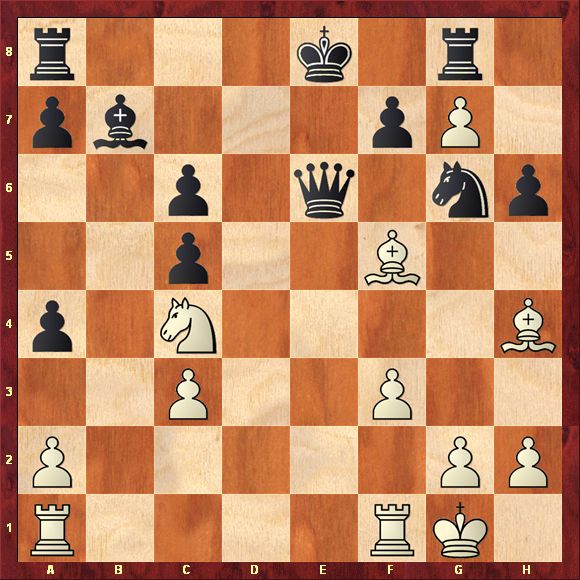 ("This is where I lost it. It took me several minutes before I was able to calculate the next variations. Tal considered this game one of the most beautiful of the Olympiad. For me, it represents a wonderful example of harmonious coordination of the pieces. I was still able to find the best defense." - Hecht )

Mueller and Stolze wrote a fascinating book, bringing out Misha Tal's personality and his magical touch. I am sure it will be appreciated by any chess player. I only wish it would be translated into English soon.