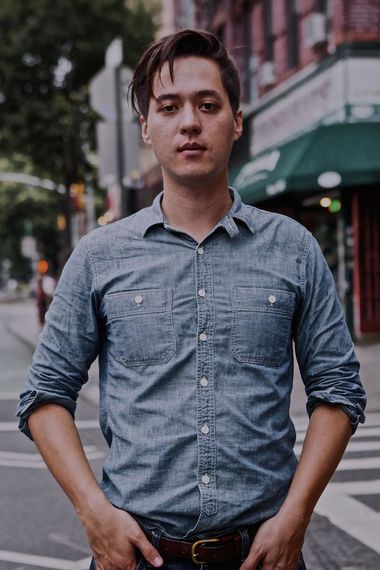 The relatively new indie rock sub-genre of dream pop is sweeping through the underground music scene leaving ethereal waves of pastel in its wake. One of the newest artists to emerge from this scene is Joseph Sant who currently lives in Brooklyn, New York but originates from Seattle, Washington. Growing up in the Pacific Northwest, his sounds exude the lush and verdant textures of the Washington landscape.

Having just released his debut EP titled Sea White Salt on the 14th of January in 2016, he and his band have garnered a considerable amount of attention. Sea White Salt was created with friend and producer Gabriel Galvin in long, overnight marathon sessions during the cold New York winter. While the chill of the year's final season mercilessly carried on outside, Sant sat with Galvin in the studio, creating tracks that embody the warmth and vibes of the West Coast. By bringing these two elements together, the sound that was produced was a synthesis of the musical sensibilities of both East and West. From the mountainous luster of the Pacific Northwest to the angular and chaotic world of New York, Sant found a way to balance the two.

Sea White Salt explores the human connection between nature and the seasons, creating a warm and hazy sonic atmosphere, analogous to the season of summer. Sant also touches on the presence of seemingly impassable social barriers, the gravity of love and persistent dreams that feel unshakable at times. The soundscape of the track "Nor'easter" is reminiscent of the more ethereal tracks by New Order combined with the surf rock of the 1960s. Sant's breathy vocals are alluring and mysterious, as if he is singing the listener a secret.

In addition to Galvin, Sant also collaborated with Stirling Krusing (lap steel, guitar, harmonica), Tyler Graham (drums), and Georgia Tan (bassist) to create Sea White Salt. Galvin not only produced, but also played guitar for this EP. The studio in which the EP was recorded, Four Foot Studios, was sadly evicted shortly thereafter due to the overheated real estate market occurring in South Williamsburg, Brooklyn. Thankfully, however, the album was completed and Sant and Galvin will surely find a new home to create their music. The beat must always goes on.