Since the earliest beginnings of human history, the measurement of time has been fundamental to the organization of societies. Examples among many are the ancient monuments such as Stonehenge, where massive stones were arranged to factor in the position of the sun at significant points of the seasons. From the perspective of the history of religions, the spring equinox of next year will be fascinating as the Baha'i community -- some five million people in over 200 countries and territories -- implements its calendar on a worldwide basis. Up until now, Baha'is have observed certain holy days according to the Gregorian solar calendar for communities in the West, and the Islamic lunar calendar for communities in the Middle East. This implied that some holy days would be celebrated on different dates, depending on where in the world a Baha'i lived. The decision that the Baha'i community will now implement its new "Badi" calendar on a worldwide basis was communicated by the Universal House of Justice, its international governing body, in a letter dated July 10, 2014 (Gregorian calendar).

Even if you know little about the Baha'i Faith or aren't interested in "religion" per se, you might find it intriguing from the perspective of sociology, history, mathematics or other related fields to learn more as a new calendar system is implemented across tens of thousands of communities ranging from the largest metropolitan cities to the remotest jungle and Arctic villages.

The Badi calendar was introduced by one of the Founders of the Baha'i Faith, who took the title of "The Bab." It is a solar calendar consisting of 19 months of 19 days each, with 4 or 5 "intercalary" days filling out the remainder of the solar year. Every cycle of 19 years makes up a unit of measurement as well, known as a "vahid" or "unity," and 19 vahids make up a 361-year cycle (a "kullu shay" or "all things"). Each of the days, months, years and cycles of years according to this system is named after an attribute of Divinity -- such as Glory, Grandeur, Mercy, etc. Thus, a person symbolically experiences the passage of time throughout life conscious of the attributes of the Creator. In addition to the measurement of time, the Bab envisioned the possibility that language itself, and the way grammar is taught to children in schools, could reflect symbolic meanings about Divine attributes. 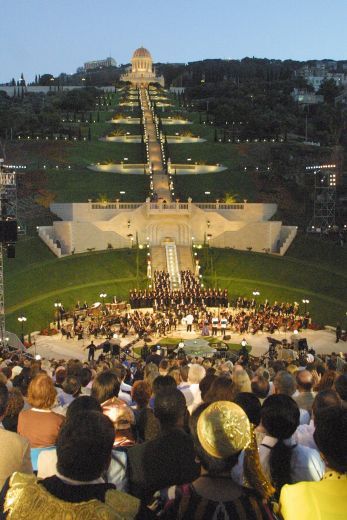 One of the interesting new experiences that Baha'is in the West will have as a result of the adoption of this new calendar is the "Twin Holy Days." The Baha'i Faith has two Founders - the Bab and Baha'u'llah -- whose missions complement each other, whose majestic Shrines now stand in the twin cities of Haifa and Akka in northern Israel, and whose birthdays according to the Islamic lunar calendar fell on consecutive days, but according to the Gregorian calendar were celebrated on October 20 and November 12, respectively. With the implementation of the Badi calendar, these days will now be celebrated as twin holy days, one falling immediately after the other, on 10 and 11 Qudrat (Power) next year in the new calendar. This is also significant as the bicentennial years of the birth of Baha'u'llah and the Bab are coming up soon, and now the entire community will be able to celebrate these historic occasions as one on the same days.

Interestingly, even though the Badi calendar and the Gregorian calendar are solar calendars, they may diverge from each other from year to year because the Badi calendar year begins at the moment of the spring equinox as calculated from Tehran, Iran (the birthplace of Baha'u'llah). The spring equinox can shift by a day or so from year to year in relation to the Gregorian calendar.

So now you know a little bit more about an entirely new calendar system. If you have Baha'i friends, you can ask them what day of what Badi month of what Vahid it is, and if they look a little confused please be forgiving as it may take some time to get adjusted to a new way of measuring one of our most precious common resources -- time.