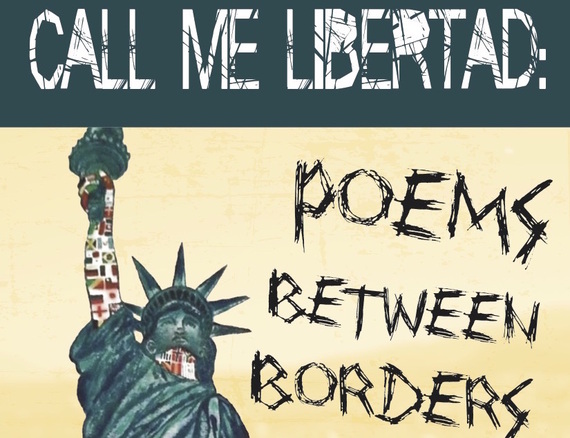 Isolation is the key component of oppression. Throughout history, the voices of those who have been colonized, exploited, and marginalized are rarely heard because those who are in power develop systems of isolation. These systems have taken many forms, such as Nazi concentration camps, Japanese internment camps, South African apartheid, and Jim Crow segregation laws. But we must not make the mistake and assume that this is merely history. Structures of isolation, oppression, and racism are as alive today as they were 100 years ago.

In fact, twenty years ago this week, President Bill Clinton signed into law the Antiterrorism and Effective Death Penalty Act, ushering in an era of mass detention and deportation of immigrants. Over the last two decades, the immigration detention population has increased fourfold to approximately 34,000 people per day, making the United States the largest immigration detention regime in the world. The current U.S. immigration detention system is designed to isolate us from one another, but poetry and art can remind us of our shared humanity.

Today, Community Initiatives for Visiting Immigrants in Confinement (CIVIC) is releasing Call Me Libertad: Poems Between Borders, the first book to combine the voices of people in immigration detention with their family members and allies to design a new narrative and give unprecedented insight into one of our country's modern systems of isolation, immigration detention. The book features writers, such as Alexandra--a journalist, poet, and musician--who was detained 444 days at the Eloy Detention Center in Arizona. These are Alexandra's words beyond walls:

"I started to write in immigration detention because I did not have many things to do, and I needed to express my feelings. Being interminably watched, one is not able to demonstrate one's grief or anxiety, but these emotions demand expression. So, at first, I wrote only in Russian, but later, I took shaky and unsteady steps as a child does in English. When I felt scared, I wrote "Ambiance." When I felt sarcastic, I composed "Silly Rhymes," perhaps not valuable as fine literature, but my rhymes gave me a few moments to breathe in the fresh air of opportunity and greet a new day with hope. The second poem below, "One Frank Poem" is exactly one of those poems, designed to conjure a reader's smile. The first poem below, "Hotel 'Mil Estrellas,'" is more wistful and melancholic; it depicts the moments of utter loneliness that sometimes invaded my soul while in U.S. immigration detention. I have a lot of stories to tell, and I hope you will listen. But maybe I should tell these stories, if only for the sake of their heroes--my fellow immigrants in detention, still waiting for their freedom to come.

Where I am going there will be nobody to take care of me.
Where I am going I will live in the Hotel of Thousand Stars.
They all will be mine. Their flight, unstoppable,
Will be as a notice of heavenly court -
They will mark the time of my sentence.

Where I am going I will be alone.
I will dwell on proverbial streets and under proverbial bridges.
And I'll count myself happy enough
to remember the meaning of home.

I will feed my old poems to warm my old hands,
And my face will be wrinkled and full of contempt,
And I will curse the passers-by in all known tongues -
For they are more lucky than me -
In the Hotel of Thousand Stars.

Where I am going you'll wait for me in silence.
With your arms wide open and your smile welcoming,
With your heart pumping your tricky blood.
But I can, even now, see the rusty bars
Of the cage you already prepared for me -
In the Hotel of Thousand Stars.

All those premonitions are gnawing at me,
Forging soul into stone, unbreakable.
I fight hard to awake that late warrior,
Who had started this way in the past.

I feel chill expanding under my ribs,
Where God has His secret shrine.
I am tossing away promises and beliefs.
I try hard to define what's mine.

If I manage to reduce myself to emptiness...
If I freeze this growling unease...
Then I maybe'll be able
to collect enough strength
And to make my step back to life.

It looks like I've been just put in storage.
Before, I had the courage to go into light;
Before, I'd raise my hand, wave at you,
And surrender to your embrace...

So now I take a deep breath -
And I finally go ahead
To the place unknown, to the words unsaid,
To the Thousand Stars.

What should I say being in here?
What, can I cry out of this place?
Should I behave as I am sincere
Or act like heroes of classic plays?

Would it be helpful
To be pathetic?
Would it be useful
To be myself?
I can shed real tears -
Or I can fake it;
I can make promises -
And be saved.

I thought a lot
What I will publish:
Which things to share,
Which poses to take...
Should I pretend to be a pile of rubbish?
Should I encourage like a piece of cake?

Should I describe to you all daily routine
To make you feel like you were inside?
Tell about people, their stories looting,
And push so hard, reader might have cried?

Could I persuade you, I'm kind and generous,
Caring and talented, full of faith?
I thought a lot and I found no answers.
So do your job -
and decide yourself."

Alexandra is the eighth writer in CIVIC's series of blog posts called "Words Beyond Walls." Check back in for more posts in this series in the coming months, and get your copy of CIVIC's new book of poetry and art, Call Me Libertad: Poems Between Borders today! Alexandra was released from the Eloy Detention Center on April 21, 2016, after 444 days in detention with the support of Mariposas Sin Fronteras, Casa Mariposa, and Casa Libre en la Solana in Tucson, Arizona, who raised funds for her $5,000 bond. Over 50 people, many of whom are writers themselves, contributed to her campaign, including poet Franciszka Voeltz who wrote custom-made "Poems-to-Go" for contributors. Alexandra is now free, and just two days out of detention, she made her inaugural performance of her poetry at the Casa Libre Fair Weather Reading Series.