Here's something to celebrate this Labor Day weekend: The continued growth of clean energy jobs in America.

Environmental Entrepreneurs' (E2's) just-released quarterly jobs report shows that the number of new clean energy and clean transportation jobs announced in the second quarter of this year doubled from the previous quarter.

More than 12,500 clean energy and clean transportation jobs were announced in 29 states between April-June. Arizona, California and Michigan led the country in new clean energy job announcements, but other states ranging from Utah to North Carolina rounded out the Top 10. Check out the full report here.

These are jobs that pay better than most. Jobs that are creating new careers for Americans. And jobs, by the way, that help both our economy AND our environment.

And here's what's becoming clear. These aren't jobs of the future anymore. They're jobs of today.

They're jobs building electric cars in Michigan, where GM announced a major expansion of its battery plant for its Chevy Volt; and in California, where a recent expansion by Tesla is expected to create as many as 500 new jobs. (That's just the start, by the way: Tesla is currently looking for a spot for a $5 billion "gigafactory" that is expected to create 6,500 jobs). 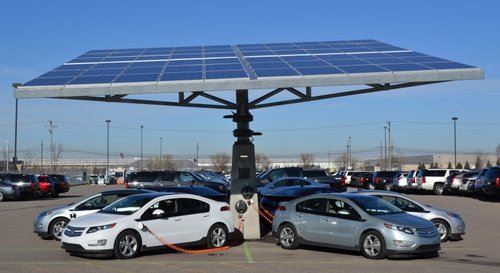 They're jobs building our first wind turbines off of the coasts of Oregon, New Jersey and Virginia.

They're jobs making our buildings, homes and schools more energy efficient, and jobs putting solar panels on our rooftops so we can generate our own energy -- clean energy.

First, it's what Americans want. Poll after poll after poll indicates Americans want clean, renewable energy and want to get off of oil and coal. A December 2013 poll by Stanford University, for instance, showed that more than 90 percent of Americans think getting electricity from solar is a good idea and more than 84 percent like wind. Only 21 percent think getting electricity from coal is a good idea.

Second, it's American innovation. America invented the solar panel, and now is back on track developing the next solar technologies. It's catching up with the rest of the world on wind. In energy efficiency, companies such as Nexant and Carbon Lighthouse are on the cutting edge of software and other technologies that make our buildings, homes, offices and schools more energy-efficient. Innovation is giving us new clean energy products and also driving down prices -- ultimately leading to business growth and new jobs.

The good news for those other 40 states is that the most important climate and clean energy policy in recent history -- the federal Clean Power Plan -- will set new standards to reduce carbon pollution and increase clean energy and energy efficiency.

The Obama administration plan calls for a 30 percent reduction in carbon pollution from power plants by 2030. To achieve that, states can implement policies that will make existing plants more efficient; reduce electricity demand through energy efficiency programs and/or replace coal-generated electricity with clean, renewable energy.

Any of those scenarios means one thing: More clean energy jobs.

If there's any place that illustrates how good policies drive clean energy job growth, and the potential for other states under the federal Clean Power Plan -- it's California.

Through its groundbreaking AB 32 legislation, California has become a national -- international -- leader in clean energy. E2's report shows that more than 2,500 clean energy and clean transportation jobs were announced in California in the second quarter of this year, ranking it No. 2 behind only Arizona. The Golden State has consistently been No. 1 or No. 2 in clean energy job announcements ever since E2 started tracking clean energy jobs several years ago. 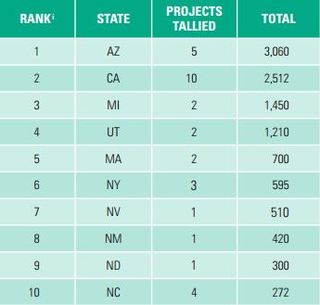 "I've had companies we invest in open offices or relocate their entire companies to California, specifically due to AB 32," she said. "AB 32 is working for California, and it is helping put Californians to work."

John Cheney, founder of San Francisco-based Silverado Power said: "Businesses can't make hiring and expansion decisions without knowing what the marketplace will be like for their products. What AB 32 and other good policies do is create certainty that there will be demand for clean energy and clean cars in the future."

Jon Foster, CFO of energy software and services company Nexant and a member of the board of directors of the California Clean Energy Fund, said one reason clean energy companies are adding jobs in California is because public policy is helping give them clarity about future business conditions.

"Businesses depend on market certainty, and clean energy businesses are no different," said Foster, who also is a director of E2's Northern California chapter.

"What good policies do -- whether it's AB 32 in California or the new federal Clean Power Plan -- is help create market certainty," he said. "That's good for our economy and our environment."

And that's also something to celebrate this Labor Day.