Virtually all of the world's information moves deep under the sea. Well over 95 percent of everything moving on the global Internet passes through 200 or so highly active cables, some as deep under water as Mount Everest is tall. On a normal day, that information is safe and sound, humming along the protected fiber optic strands upon which moves the information that is the backbone of the world's economy.

But recent reports by a variety of sources indicate renewed interest by Russian submarine forces in surveillance of those cables, including detailed monitoring and targeting of the system. The tactical reasons for doing so are plain: in the case of heightened tensions, access to the underwater cable system represents a rich trove of intelligence, a potential major disruption to an enemy's economy and a symbolic chest thump for the Russian Navy.

Placing the submarine activity in the larger context of Russian geopolitical strategy, it is possible to see the broader rationale for these moves at this moment. First, such actions play well to a domestic Russian audience that wants to see Russia as the global counter-weight to the U.S. Russian President Vladimir Putin above all else craves respect, and his actions -- from invading Georgia to annexing Crimea to muscling into Syria on the side of the reprehensible Assad regime to active surveillance -- enhance his international importance and profile.

The movement of information is the lifeblood of the global economic system: it needs to be more secure from accident and attack.

Second, these types of high tech, delicate and complex undersea maneuvers constitute important training and preparation for the Russian Navy. The ability to tap these cables for intelligence as well as attack them with precision is a skill-based activity that requires detailed knowledge and real precision work at depth according to many reports. Practice is vital.

Additionally, the underwater maneuvers are a signal to the U.S. and its allies, much like the other recent aggressive international moves coming from Moscow. Russia is reaching for many other Cold War tools as well, including aggressive long-range bomber patrols above NATO nations (particularly the Baltic states) and building up significant military capability in the Arctic.

Are we headed back to another Cold War? Probably not, despite the ominous range of activities. We should remember that we still cooperate with Russian on a wide range of activities: counter-piracy patrols off the Horn of Africa, counter-terrorism information sharing, counter-narcotic activity in Central Asia, support to Afghanistan and constructing the controversial but widely accepted counter-proliferation agreement with Iran. Unlike the Cold War, there are zones of U.S.-Russia cooperation today.

We should convene an international conversation about protecting the underwater fiber optic grid system, much as we do for air and sea lanes of communication.

The Cold War dwarfed in size and scope anything we see today. The war saw millions of soldiers facing each other across the Fulda Gap in central Europe; two immense battle fleets grappling with each other across the oceans of the world; and two massive nuclear arsenals on a hair-trigger alert, ready to launch within minutes. We are not remotely at that point today.

So what we should do in response to Russian behavior around the world, including reports of underwater cable surveillance? We must avoid stumbling backwards into a new Cold War. This means maintaining open lines of communication, searching for zones of cooperation where we can find them (from the Arctic to Arms Control) and taking a deep breath when we see provocations before we respond militarily. We should convene an international conversation (to include Russia of course) about protecting the underwater fiber optic grid system, much as we do for air and sea lanes of communication.

But we must also stand firmly behind established principles of international law: nations should not simply annex the territory of their neighbors, as was done in Ukraine; nor should they support brutal, lawless, illegal regimes like that of Assad in Syria. We should rally as much international support as we can muster to criticize such behavior, and when it is particularly egregious -- as in Ukraine -- impose sanctions.

Our naval forces need to be ready to defend our submarine cables, exactly as we defend our electrical grid, industrial base and transportation networks.

Another important component is operational. Our naval forces need to be ready to defend our submarine cables, exactly as we defend our electrical grid, industrial base and transportation networks. That means a robust, highly technical and capable undersea Navy. The U.S. leads the world in operations underwater, and we absolutely must maintain that edge. In this context, exercises and operations with key allies and friends to protect this shared and vital undersea infrastructure is a good signal to send to the Russians as well. NATO allies, Japan, Australia and many other friends have significant undersea capabilities: by practicing and operating together, we help create a stable and protected global communication grid.

Finally, we need to build more resiliency and redundancy into the underwater cable network. It is far too vulnerable to sabotage, especially at the terminals where the cables are in relatively shallow water. We need more "dark cables" that are not operational but kept in reserve. The movement of information is the lifeblood of the global economic system: it needs to be more secure from accident and attack.

We need more 'dark cables' that are not operational but kept in reserve.

Russia's robust Cold War-like moves should be concerning, but we should remember what a weak hand of cards Russia actually holds: a declining population, high rates of alcoholism and drug abuse, few real allies and an economy that is a one-trick pony. As Sen. John McCain (R-Ariz.) has said with a bit of hyperbole, Russia is "a large gas station masquerading as a country."

Despite these fundamental weaknesses, under Putin, the Russians will reach for Cold War tools in an effort to prove their global relevance. It will not broadly succeed as a strategy, and we should not overreact. Instead, let's take sensible steps to maintain a dialog, cooperate where we can, confront where we must and protect our vital infrastructure and interests around the world -- including in the deepest parts of the sea.

PHOTO GALLERY
7 QUOTES FROM RUSSIA AND THE US THAT WILL MAKE YOU THINK THE COLD WAR NEVER ENDED
Download
Calling all HuffPost superfans!
Sign up for membership to become a founding member and help shape HuffPost's next chapter
Join HuffPost

A New Cold War Deep Under the Sea?
7 QUOTES FROM RUSSIA AND THE US THAT WILL MAKE YOU THINK THE COLD WAR NEVER ENDED 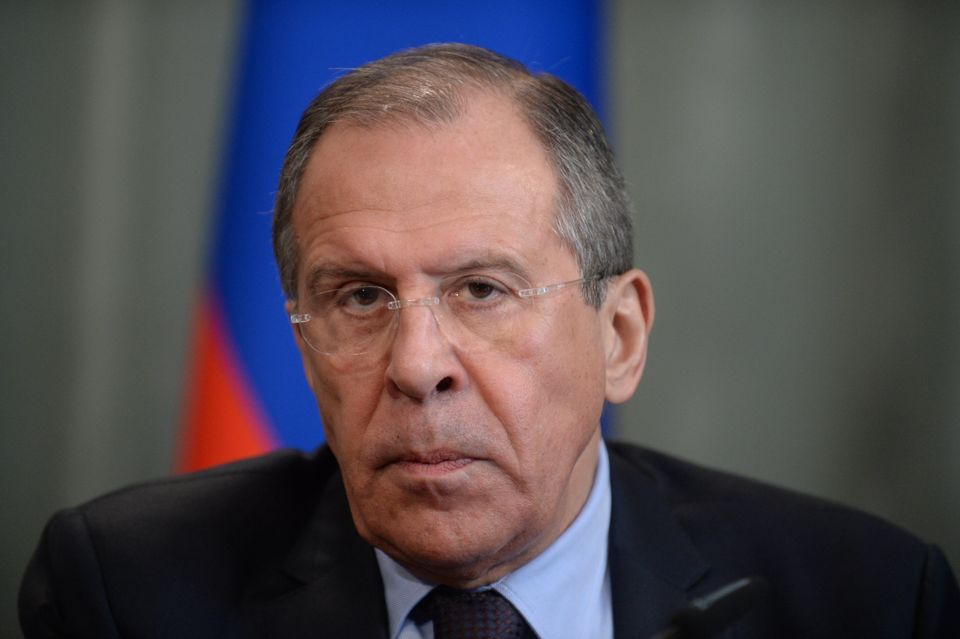 1 / 7
'What is happening is a direct result of the conniving politics of Western politicians and European bodies, who from the very beginning of the crisis have closed their eyes to the actions of radical forces in Ukraine'
<a href="http://www.themoscowtimes.com/news/article/russia-slams-wests-conniving-politics-in-ukraine/494931.html" target="_blank">Sergei Lavrov</a>, Russia's Foreign Minister
Getty Images