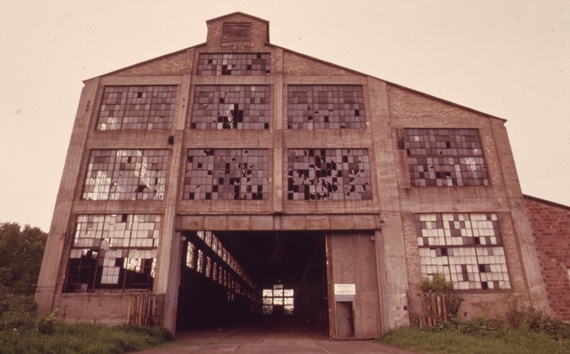 Today's alarming fourth-year trade data on President Obama's U.S.-Korea Free Trade Agreement (FTA) arrived just as the Obama administration has started its hard sell to pass the Trans-Pacific Partnership (TPP). And that is a real problem for the White House.

The Korea deal served as the U.S. template for the TPP, with significant TPP text literally cut and pasted from the Korea agreement. And the Obama administration sold the Korea deal with the same "more exports, more jobs" promises now being employed to sell TPP.

And since then, our trade deficit with Korea more than doubled as imports surged and exports declined. The increase in the U.S. trade deficit with Korea equates to the loss of more than 106,000 American jobs in the first four years of the Korea FTA, counting both exports and imports, according to the trade-jobs ratio that the Obama administration used to promise at least 70,000 job gains from the deal.

And the Korea trade debacle shuts down Obama's oft-repeated mantra that TPP opponents are somehow stuck in a past fight over the North American Free Trade Agreement (NAFTA). Today's job-killing trade data are the result of a 2011 trade agreement pushed passionately by Obama himself, which he sold as "fixing" NAFTA.

If you review the Obama administration sales pitch for the Korea pact, you will hear the same exact claims now being made for the TPP.

Just to poke fun at one especially ridiculous TPP claim regarding the number of tariff lines that TPP would cut, let me note that - as the White House touted then - the Korea FTA included more than 10,000 tariff cuts on U.S. goods and 80 percent of those tariffs were eliminated on day one, and still:

•The U.S. goods trade deficit with Korea has increased 115 percent, or $16 billion, in the first four years of the Korea FTA (comparing the year before it took effect to the fourth year data). It is worth noting that the U.S. International Trade Commission (ITC) in its official 2011 report projecting outcomes for the Korea pact said our bilateral trade deficit with Korea would decline. So, when the required ITC report on the TPP comes out later this month do not bet the farm on its predictions!

•Since the FTA took effect, U.S. average monthly exports to Korea have fallen in 11 of the 15 U.S. sectors that export the most to Korea, relative to the year before the FTA. That is an especially grim finding, given past pacts like NAFTA led to major increases in our trade deficit because imports greatly outgrew exports, but at least exports did not shrink. Exports of machinery and computer/electronic products, collectively comprising 28.6 percent of U.S. exports to Korea, have fallen 22.6 and 6.6 percent respectively under the FTA.

•U.S. exports to Korea of agricultural goods have fallen 19 percent, or $1.4 billion, in the first four years of the Korea FTA despite the administration's oft-touted point that almost two-thirds of U.S. agricultural exports by value would obtain immediate duty-free entry to Korea under the pact. U.S. agricultural imports from Korea, meanwhile, have grown 34 percent, or $123 million, under the FTA. As a result, the U.S. agricultural trade balance with Korea has declined 22 percent, or $1.5 billion, since the FTA's implementation. The Obama administration promised that U.S. exports of meat would rise particularly swiftly, thanks to the deal's tariff reductions on beef, pork and poultry. However, U.S. exports to Korea in each of the three meat sectors have fallen below the long-term growth trend since the Korea FTA took effect. Compared with the exports that would have been achieved at the pre-FTA average monthly level, U.S. meat producers have lost a combined $62.5 million in poultry, pork and beef exports to Korea in the first four years of the Korea deal - a loss of more than $5 million in meat exports every month.

Despite the promises made by U.S. officials that the pact would enhance cooperation between the U.S. and Korean governments to resolve food safety and animal health issues that affect trade, South Korea banned nearly all imports of American poultry at the beginning of 2015 due to several bird flu outbreaks in Minnesota and Iowa. Comparing the FTA's fourth year to the year before it went into effect, U.S. poultry producers have faced a 93 percent collapse of exports to Korea - a loss of nearly 100,000 metric tons of poultry exports to Korea. U.S. beef exports are finally nearing pre-FTA levels after declining an average of 11 percent during the first three years of the agreement. U.S. pork exports have also nearly recovered to pre-FTA levels after falling by an average of 16 percent in the first three years of the agreement.

Record-breaking U.S. trade deficits with Korea have become the new normal under the FTA - in 47 of the 48 months since the Korea FTA took effect, the U.S. goods trade deficit with Korea has exceeded the average monthly trade deficit in the four years before the deal. And, it's not like Korea was in a recession or there is some other explanation.

The policy and political bottom line of today's grim trade data: Americans' election-year trade revolt is spot on and we need a new American trade policy. If any more evidence was needed, the actual outcomes of the pact that served as the TPP's blueprint makes the case in a depressingly stark way.