Along with Earthrise and the Pillars of Creation, the Hubble Deep Field (HDF) photo of 1995 is one of astronomy's most iconic photos.

But if you were wowed by the Hubble Deep Field--and the similar Hubble Deep Field South (HDFS) image of 1998--you should know that a telescope in northern Chile has outdone Hubble. It's given astronomers what's being called the best-ever three-dimensional view of the deep universe. 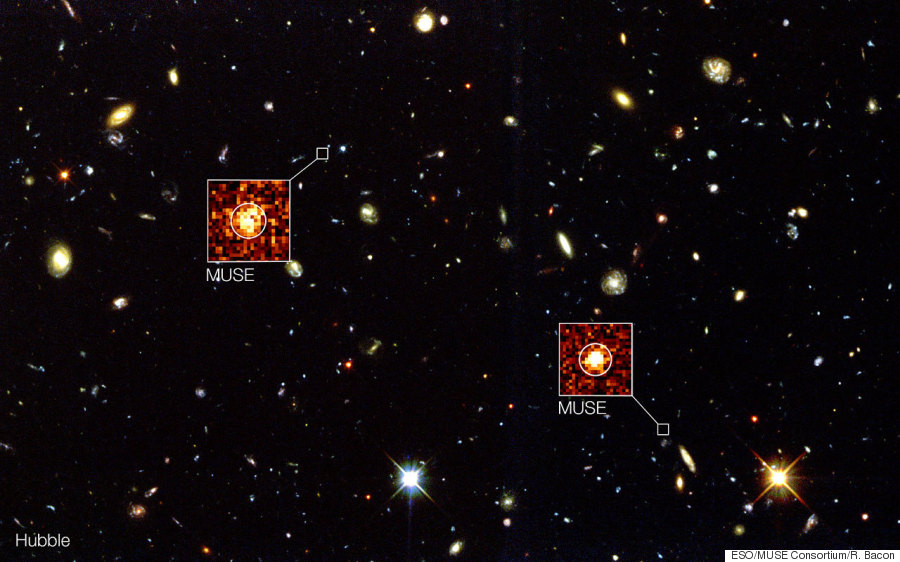 The background image in this composite shows the Hubble Space Telescope image of the region known as the Hubble Deep Field South. The boxes show distant galaxies that were invisible to Hubble. 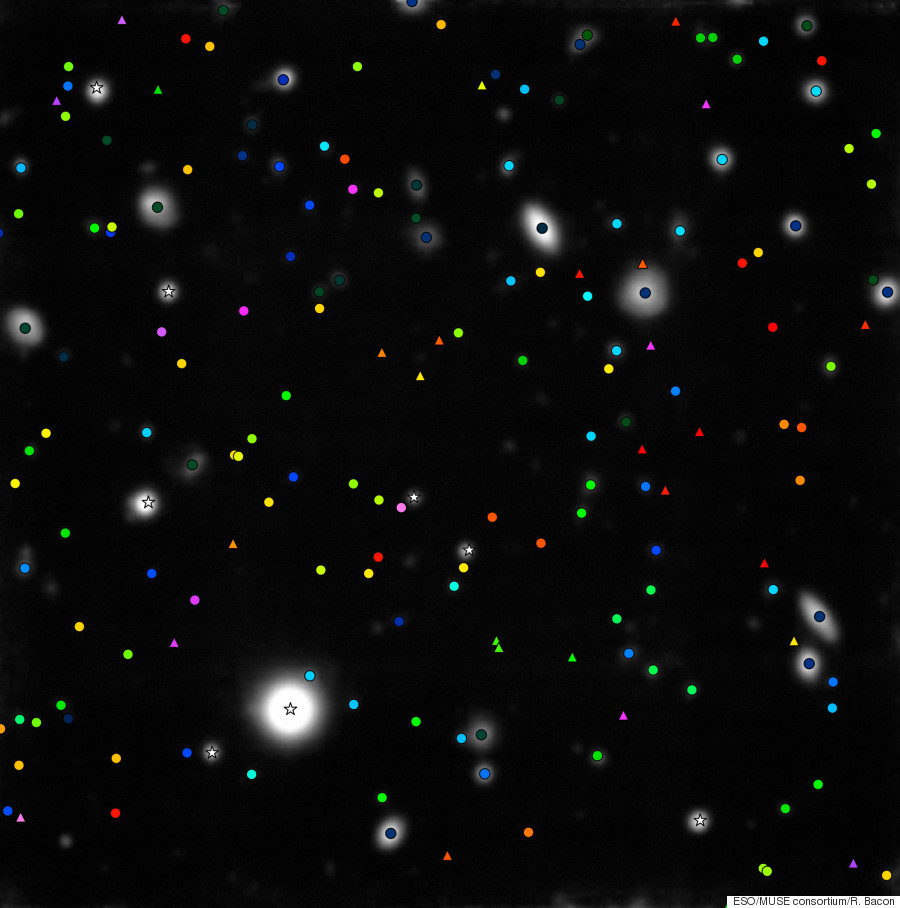 In this picture, white star symbols are faint stars in the Milky Way. Everything else is a distant galaxy. Circles show objects that appear in the Hubble Deep Field South image. Triangles represent the newly observed objects: blue objects are comparatively close, green and yellow ones more distant, and purple and pink galaxies are seen when the universe was less than one billion years old.

The new deep-space view is essentially a set of observations made of a minute patch of sky in the southern constellation of Tucana--the same patch seen in HDFS. The observational data were recorded by the MUSE instrument on the European Southern Observatory's Very Large Telescope. MUSE stands for Multi Unit Spectroscopic Explorer and is described by its makers as a "seven-tonne collection of optics, mechanics and electronics that makes up a fantastic time machine for probing the early universe."

Fantastic sounds right. MUSE was able to record 26 galaxies that were invisible in the Hubble image, Dr. Roland Bacon, principal investigator for MUSE, told The Huffington Post in an email.

"After so many years of hard work on the instrument, it was a powerful experience for me to see our dreams becoming reality," he said in a written statement.

Now that MUSE has proven itself, Bacon said the researchers would look at other deep fields, including one in another celebrated Hubble photo, the so-called Hubble Ultra-Deep Field of 2003.

"We will be able to study thousands of galaxies and to discover new extremely faint and distant galaxies," Bacon said in the statement. "These small infant galaxies, seen as they were more than 10 billion yeas in the past, gradually grew up to become galaxies like the Milky Way that we see today."

A paper describing the new observations was published online Feb. 26, 2015 in the journal Astronomy & Astrophysics.