There's no doubt that Frederick Church was the ultimate late-19th-century Renaissance man.

He launched the Hudson River School of painting from the 250-acre New York estate he called Olana. He was an architect, a landscape architect, a celebrity and a conservationist. A peer of Frederick Law Olmsted and Calvert Vaux, he also served as commissioner for Central Park.

He sculpted the landscape at Olana for his painting, and designed his Persian-inspired home there. And when his son drew up a detailed plan for the property in 1886, he curiously indicated a site near the home for a summer house, marking it with a little red square. 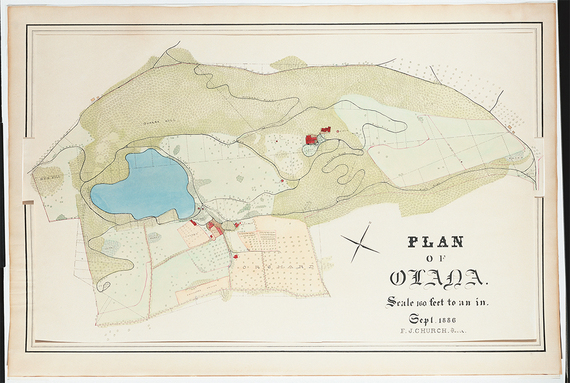 Apparently, it was never built. But it's found new life today, through a traveling exhibition of drawings first displayed last August at Olana - and beginning on Jan. 31, at AIANY's Center for Architecture in Manhattan.

"We reached out to architects and landscape architects who have some knowledge of Church or Olana or the Hudson Valley, with some strong capabilities in terms of being designers," says Jane Smith, partner in Spacesmith Architecture and Interior Design and member of the AIANY executive board. 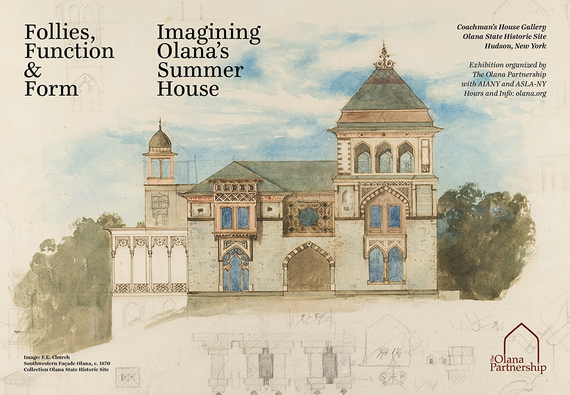 
She and co-curator Mark Prezorski, landscape curator at the Olana Partnership, contacted members of the AIA and ASLA, seeking from each a single 11″ x 14″ drawing of a summer house for the property. Among the 21 respondents were Steven Holl, Adam Yarinski, Dana Tang and the late Diana Balmori. 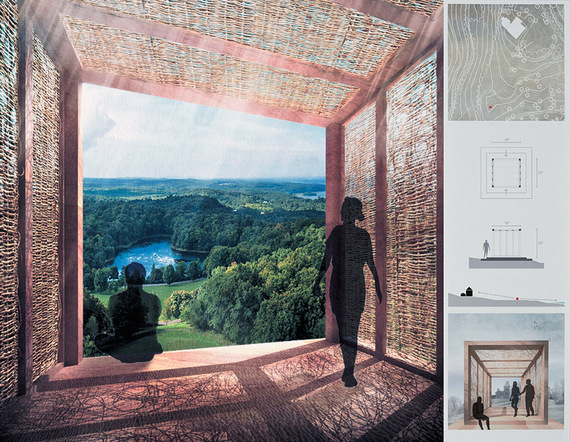 "What was cool was that I'd never been to Olana, so it gave us the opportunity to take a private tour of the whole property and the house - and it's unbelievable," says Tang. "Church was known as one of the great painters of his time, but this is really his masterpiece of an artwork." 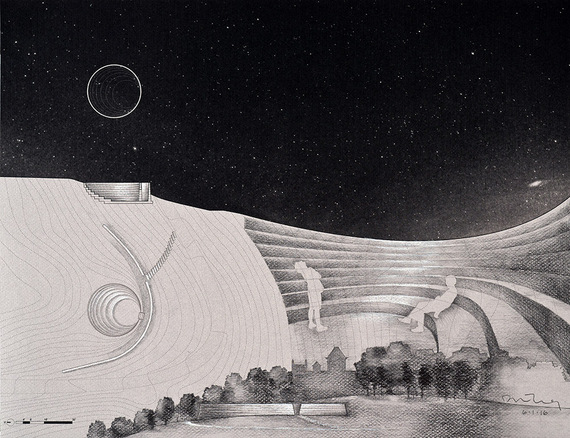 Each of the drawings - some are by hand and some are computer generated - is framed identically in maple and matted on white board behind low-glare glass, for an even-handed approach to their display, no matter the profession. "We wanted to combine architecture and landscape architecture together and have both approach this challenge from their own perspectives," Prezorski says. 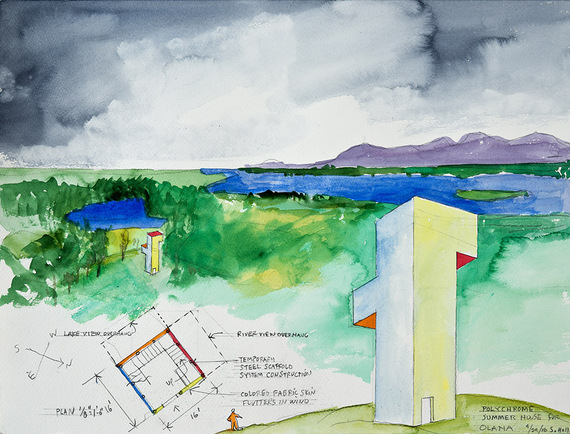 Like Church's Olana, they are a carefully studied balance of architecture, earthworks and the arts.