Scientists this week announced the discovery of Talos sampsoni, a new species of raptor dinosaur -- the first discovery of its kind in more than 75 years.

"Finding a decent specimen of this type of dinosaur in North America is like a lighting strike," Lindsay Zanno, the lead author of the study naming the new dinosaur, said in a statement provided to HuffPost. "It’s a random event of thrilling proportions.”

The dinosaur, which is part of a group of theropod dinosaurs that are closely related to birds, weighed about 83 pounds and most likely had a carnivorous diet. It had feathers, wing-like features and feet with three talon-like toes.

One of the talons on each foot was raised while the creature walked, and scientists say that this indicates it was used for another purpose.

“It was an instrument meant for inflicting damage," Zanno said in the statement.

PHOTOS AND ILLUSTRATIONS BELOW

And if it wasn't enough to discover a new dinosaur, the specimen Zanno and her team found had an injured talon, giving researchers a glimpse of the creature's day-to-day life.

The researchers used a CT scanner to examine the bones in Talos' foot. They found that that injury was confined to the toe with the enlarged claw and didn't affect the rest of the foot. Researchers say that the toe could have been bitten or fractured and then became infected.

"[The injury] tells us that the dinosaur was doing something dangerous, something high risk, that could cause that kind of injury," Zanno told HuffPost. "It was either used to hunt prey, or it was used in combat with other members of the species, which is something other modern birds do."

The bones were discovered in Grand Staircase Escalante National Monument in Southern Utah by Mike Knell, a graduate student at Montana State University, according to Patch. The bones will be displayed at the Utah Museum of Natural History in Salt Lake City.

Recently, scientists announced the discovery of feathers preserved in amber, giving researchers an even better idea of the physical appearance of certain dinosaurs.

The Talos sampsoni paper was published in PLoS ONE on September 19.

Photo captions were provided to HuffPost by Lindsay Zanno. 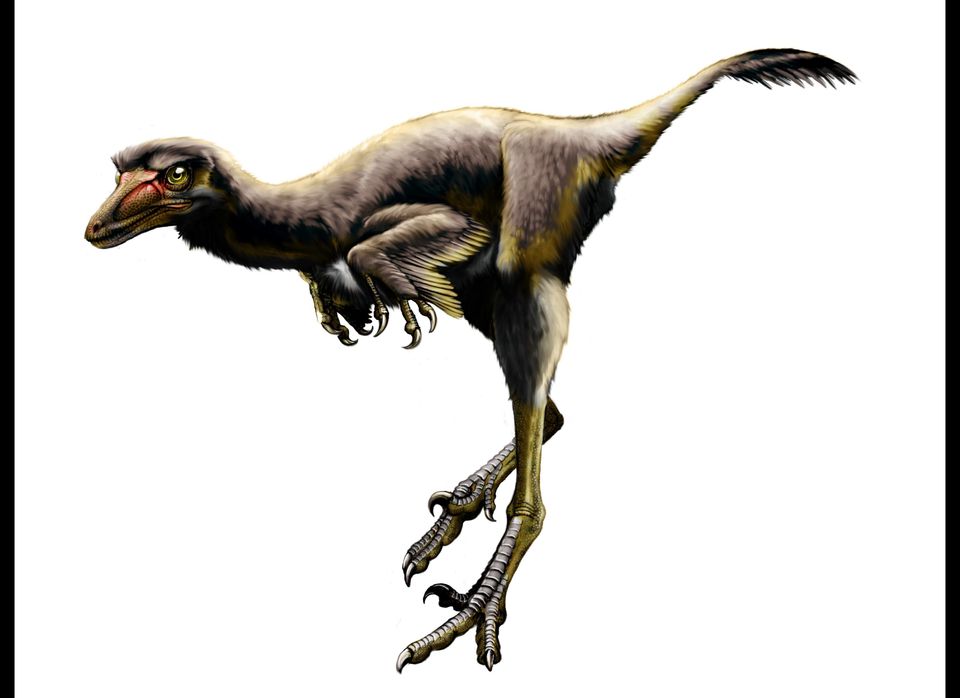