Every family has one.

A recently unearthed relative of the infamous T. rex shares features with its voracious cousin -- including small hands with two fingers -- but there's one noticeable exception: The newly discovered Chilesaurus diegosuarezi is a vegetarian (gasp!). 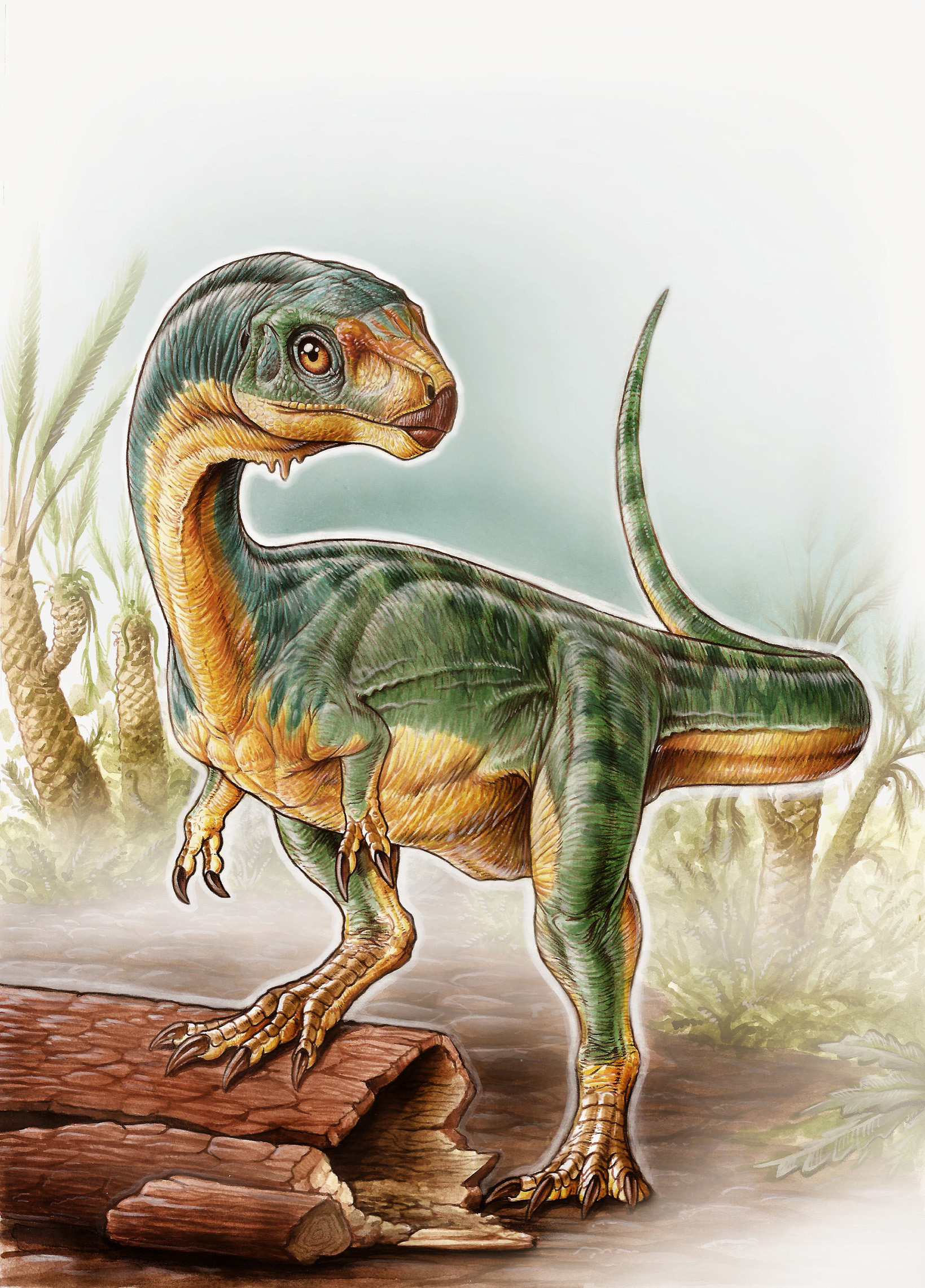 Seven-year-old Diego Suarez found the fossilized remains of the new dino while traveling with his geologist parents, who were studying rocks in Patagonia. He stumbled across the creature while looking for stones with his sister, and it was later named after the boy and the Chilean region he found it in.

Scientists have since dug up more than a dozen of the tiny vegetarians, which were common among dinosaurs about 145 million years ago. Many of them were about the size of a turkey, but some may have grown to the size of a small horse.

Chilesaurus is unique for a few reasons, and researchers have been calling it a "platypus" dinosaur due to its bizarre, chimera-like mashup of features. Aside from the T. rex-like arms, the creature had feet like a long-neck dinosaur and the pelvis of more herbivorous species.

"Different parts of its body resemble those of other dinosaur groups due to mosaic convergent evolution," Marti­n Ezcurra, a professor at the University of Birmingham, said in a press release. "In this process, a region or regions of an organism resemble others of unrelated species because of a similar mode of life and evolutionary pressures. Chilesaurus provides a good example of how evolution works in deep time and it is one of the most interesting cases of convergent evolution documented in the history of life."

Because of its strange anatomy, researchers initially thought they'd found several different species of dinosaurs that died together. But the plant-eater, which grew to nearly 9 feet in length, has shed new light on the evolutionary patterns of a highly carnivorous group of dinosaurs that includes the Tyrannosaurus and Velociraptor.