We've been in a kind of legal blitz on the Defense of Marriage Act recently. But, in the three lawsuits filed, yesterday's challenge might have the highest chance of success.

The first of these challenges, Gill et al. v. Office of Personnel Management et al., filed in March by the Massachusetts-based group GLAD, argues that same-sex spouses are denied specific monetary benefits from public programs like social security under DOMA.

Not long after, Smelt v. United States of America was a filed: a lawsuit that attacks DOMA on every front possible including its violation of due process and equal protection, the right to free speech, right to privacy, right to travel and its discrimination on the basis of sex and sexual orientation.

But yesterday, the Attorney General of Massachusetts filed a complaint that chiefly argues DOMA's violation of state's sovereignty over the definition and regulation of marriage.

The genius of this complaint is that it takes a conservative argument -- that liberal states should not be permitted to impose their tolerance and acceptance of homosexuality on the rest of the country -- and turns it around to benefit a state that really pioneered gay rights in the U.S.

Even a conservative justice would support the notion that federal encroachment over those few areas where states have sovereign jurisdiction is unconstitutional. In this case, that principle supports, at the very least, limiting the application of DOMA when it affects state programs with federal funding.

If a conservative justice chooses to oppose the argument put forward by Massachusetts Attorney General Martha Coakley, then their logic could be used in the future to justify federal enforcement of equal rights on those states that oppose same-sex marriage. If state's no longer have absolute jurisdiction over marriage, a liberal government can interfere with a conservative state's policies.

Coakley's lawsuit will likely be joined with Gill et al. and the two will proceed as the most viable challenge to DOMA (many think that Smelt threw too many punches and doesn't have the same institutional support as the Massachusetts suits since the lawyers involved were not working closely with Lambda Legal and other LGBT litigation groups with long histories in the gay rights movement).

It also has the support of Senator John Kerry. Kerry, a lawyer by training, argued way back in 1996 in the Senate, that DOMA was unconstitutional.

His reasoning then, that the full faith and credit clause would be threatened by a law that refused to recognize marriage rights potentially given by some states and not all, has not been popular in modern law suits. Perhaps this is because the trend on hot button social issues has been towards state sovereignty and full faith and credit undermines that sovereignty.

Hence the genius of Coakley's argument.

We can all look forward to the slow, grueling process that is the march to the Supreme Court. And hopefully, by that time, a number of new states will join the same-sex marriage party.

But Coakley's suit is significant. It is a smart, novel attack on a law that is clearly unconstitutional, but also has the support of a waning, yet still significant portion of the American population. 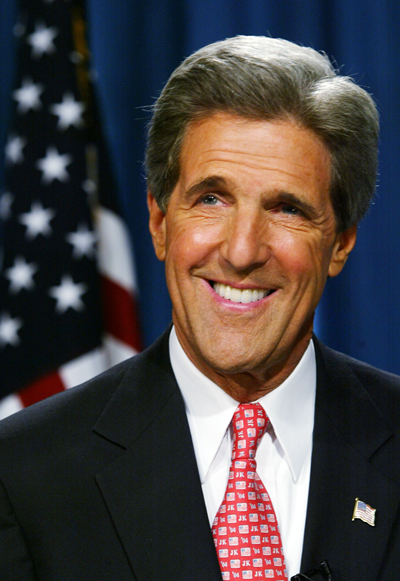