State geologists released two new maps of earthquake faults in Los Angeles County on Wednesday, one of which could jeopardize a major Hollywood development project in the works.

The California Geological Survey maps of the Hollywood and Sierra Madre faults are the first detailed looks at potential earthquake activity in the two areas, both of which are thought to have been dormant for some 7,000 years.

But they are a significant warning to local officials and developers of the potential need to mitigate or halt developments if there is an open surface fault or if construction is within 50 feet of a fault.

John Parrish, who heads the CGS, said the two preliminary maps are available for public review for the next 30 days. Final approval is expected in July.

The biggest concern coming out of the maps is the Millennium Hollywood project, a proposed mixed-use residential retail complex in two towers -- one 39 stories, the other 35 -- adjacent to the Capitol Records building.

Parrish said his agency speeded up work on the Hollywood Fault map because of the controversy over Millennium Hollywood, adding that officials did not track how many buildings were included in the earthquake zone. Homeowners have been fighting the project since it received City Council approval, and the matter is now in the courts.

Robert Silverstein, attorney for the homeowners, said the mapping confirms arguments that the proposed project lies within the Hollywood Fault zone and will have to be overturned.

"This is a nail in the coffin of Hollywood Millennium," Silverstein said at a news conference outside City Hall. "These maps will be exhibit number one in our case."

Millennium supporters disputed his contention. Leron Gubler, head of the Hollywood Chamber of Commerce, argued that state law does not require any mitigation on construction more than 50 feet from a fault line. "This project is on more than four acres of land," he said. "I think with that much space, they can find a way to resolve any problems."

Councilman Mitch O'Farrell, who represents the area, said the Hollywood map just cements what officials believed about the fault.

"State geologists confirmed what we already knew: A fault line runs along the Hollywood Hills, trace lines might extend into the business district and that any project proposed near these areas must conduct extensive testing," he said in a statement.

"The city is in the process of updating (the city-mapping site) Navigate L.A. to reflect the earthquake zones. This information provides a clear map for development in the heart of Hollywood."

But Parrish believes the maps, once approved, would not impact any structures already standing.

Brian Lewis, spokesman for Millennium Hollywood, said testing had already been done in anticipation of the Hollywood map's findings. "Those studies and tests were performed and showed no evidence of an active fault on the property," he said, adding the map notes the project is in an approximate location and would require more specific reviews.

"Geotechnical investigations that were performed on our site, which included borings and subsurface exploration, found no evidence of an active earthquake fault on the property," Lewis said.

Under the Alquist-Priolo Act, the mapping of faults is mandated only for new construction proposed in an earthquake zone or for buildings where more than 50 percent is being redone.

Parrish declined to say if the map would affect the Millennium Hollywood project, noting that would be up to local officials to determine.

The Sierra Madre map also confirmed what officials knew about the fault line that runs through the base of the Sierra Madre Mountains and includes the communities of Sierra Madre, Azusa and Duarte.

Copies of both maps are available on the CGS website . ___ 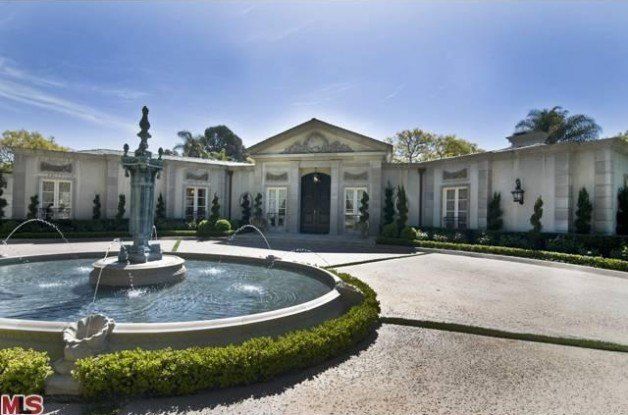