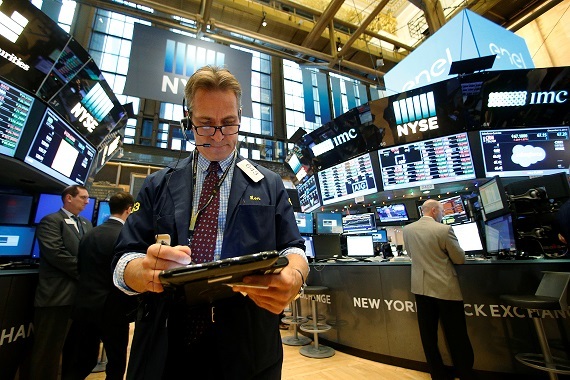 For decades, the economy has been exploiting the middle class, but a just economy first requires a connected society.

A few days ago, an article in the prestigious Harvard Business Review revealed that half of America's adults think that fifty years ago, life was better than it is today. The article's author, economist Dr. Marc Levinson, argues that people feel this way not because their lives are materially harder today than they were fifty years ago, but because back then, people were hopeful. "People across a broad swath of society saw their living standards improving year by year," Levinson writes, "and they expected much the same for their children. Today ... only one American in four anticipates that the next generation will be better off than Americans are now." If a society offers no hope for its people, that society is hopeless.

Fifty years ago, New Economics was the paradigm that reigned high in America. Economists believed that taxes, public spending, and monetary policy would keep the economy on a course of low unemployment, minimal inflation, and steady growth. It worked for a while. But for some decades now, the New Economy has been dysfunctional. Gradually, taxes have been cut to the top percentile, and the monetary policy has been replaced with financial wizardry that pretends to help the middle class and poor, but actually enriches those who are already super rich.

The current economy is being sustained on the crutches of bogus expansion by printing money through various financial tools. If inflation is not skyrocketing, it is only because people have neither money to spend, nor desire for shopping.

Worse yet, if previously, people hoped that they would be able to find a job by searching hard enough, today they are giving up on the job market altogether. With machines taking over human labor, people are losing hope of ever holding a steady job.

Where There Is Genuine Demand

Despite these bleak predictions, there is one area where demand is growing--the demand for positive human connection. Satisfying material needs guarantees our physical survival. However, our happiness depends entirely on having positive connections with others. Professor of Psychology, Art Markman, concluded in an essay he published in Psychology Today, that "the interactions we have with other people affect the way we feel about life."

Yet, humanity is headed in the opposite direction. We are becoming increasingly self-centered and exploitative, or as columnist Zoe Williams asked, "From attention-seeking celebrities to digital oversharing and the boom in cosmetic surgery, narcissistic behavior is all around us. How worried should we be about our growing self-obsession?"

We should be very worried indeed. Self-obsession has far worse symptoms than "digital oversharing." Under the strict censorship of political correctness, America has allowed itself to nearly become a third-world country, whose shrinking upper class is growing richer by the day, and whose middle class is sliding down the income deciles. Why should over forty million Americans live on Food Stamps that amount to roughly $120 per month, while a select handful can afford to spend twice that much on a single meal at a fashionable restaurant? In fact, why should anyone worry about feeding one's children and oneself when half of all US food produce is thrown away? Even if you are among the few who still believe that the poor are lazy and incompetent, you will probably not be surprised when they rebel against the system that has denied them their human dignity.

There is a good reason why positive human connections are essential to our survival as a society, and even to our physical survival. All of reality runs on the balanced interaction between two forces--positive and negative. These forces manifest as giving and receiving, connection and disconnection. They manifest in all natural phenomena, such as inhaling and exhaling, day and night, summer and winter, and all other forms of plus and minus that comprise our world. Without proper balance between them, our universe would not be as it is and our existence would not be possible.

Perhaps the best description I have heard to date of the mechanism by which nature balances the positive and negative forces, came from evolutionary biologist Prof. Elisabet Sahtouris. In November 2005, I was invited to speak at a conference in Tokyo titled, "Creating a New Civilization," which was organized by the Goi Peace Foundation. Among the speakers was Prof. Sahtouris, who offered a concise, yet accurate description of the interactions between the forces that make life possible. "In your body," she said, "every molecule, every cell, every organ and the whole body, has self-interest." This is the negative force. However, "When every level ... shows its self-interest, it forces negotiations among the levels. This is the secret of nature. Every moment, in your body, these negotiations drive your system to harmony."

Sahtouris' description is valid on all levels of nature--inanimate, vegetative, and animate--with the exception of humanity. Where people are concerned, the negative force, which manifests in egoism, is the sole ruler. Slavery, coercion of all types, greed, and social injustice are all outcomes of the governance of the negative force, or "self-obsession," as Zoe Williams mentioned above.

Unless we learn how to install the positive force into human relations and thereby turn them into positive connections, our best attempts at social justice are bound to fail. This is what has turned the beautiful idea of liberalism into the curse of neoliberalism. Senior Prof. of Psychoanalysis, Paul Verhaeghe, put it eloquently in his essay, "Neoliberalism has brought out the worst in us": "The freedom we perceive ourselves as having in the West is the greatest untruth of this day and age."

To restore balance in human society and introduce some sanity into our world, we must find a way to introduce the positive force, the quality of giving, into our human connections.

The "production method" for the positive force is very similar to the way radios allow us to hear specific stations. Around us, there are thousands of waves at various frequencies, but the radio "miraculously" plays only the one we choose. Yet, there are no miracles here; it is hard science. Radios play stations whose wavelengths they create within them. To find a station, you need to create its specific wavelength within the radio. When you scan for stations, the radio creates a stream of frequencies looking for one that matches a frequency outside of it. When it finds a match, the radio plays whatever is being broadcast on the matching outside frequency. This is what we define as "receiving" a station.

Building "Receivers" for Positive Force
To generate the positive force, you need people who are willing to rise above their alienation and dislike for one another and unite. King Solomon called this technique, "Hate stirs strife, and love covers all crimes" (Prov 10:12).

When members of the Arvut (mutual responsibility) Movement--which derives its ideas from the concept of human bonding as described in the wisdom of Kabbalah--decided to test the principle of "uniting above dislike" in practice, they discovered a simple method of deliberation called Connection Circles, which worked like a charm. A Connection Circle is a manner of discussion in which every participant is equal and speaks only in turn, does not interrupt other speakers, adds to the conversation, but does not refute other participants' ideas. These rules of deliberation create such a connection among the participants that they become receivers for the positive force that exists around us.

When the Arvut movement conducted these Connection Circles with two naturally hostile populations placed in the same circle, the results exceeded everyone's expectations. Time and time again, people proved that when they sit in a circle as equals and are willing to unite above their differences, hostilities, cultural barriers, and even language barriers all disappear. As these testimonials show (Hebrew speaking, make sure the Subtitles option is switched on), instead of suspicion and distrust, warmth and a sense of belonging engulfed the participants after just a single session.

The positive force created in the circle shown in the clip, transformed the participants' feelings. It literally inverted them from alienation to connection. If such a tool were to be utilized in the US, it would produce enough positive force to heal every social problem in America, and would serve as a role model of social balance and harmony for the rest of the world.

In the current American society, millions of people would benefit immediately from Connection Circles. Unemployed and people who have given up on finding a job are all perfect candidates for these circles. Instead of being idle, they can be employed as "producers of the positive force" for the same benefits they are receiving anyhow. The transformation they would experience would not only turn their lives around, but would alleviate the pressure from the country's already overworked social services. Crime rates would decline significantly and domestic conflicts would become less frequent. In the end, such a plan would cost far less than it currently costs to tend to the jobless, but would yield far better results.

But this is only the beginning. In his transition site, President-elect Donald J. Trump writes: "To Make America Great Again for approximately 70 million school-age students, 20 million post-secondary students, and 150 million working adults, the Trump Administration will advance policies to support learning-and-earning opportunities at the state and local levels." If the new Administration includes a 45-minute daily Connection Circle in these policies, it will produce not only skilled workers, but also happy human beings.

When people understand their own nature and how to work with it to benefit themselves and their communities, the result will be the emergence of a new society based on New Economics--the economics of connection. This will disperse the specter of permanent joblessness, stabilize society, and pacify wayward tendencies within it. In short, it will make America great again.