(Reuters) - A new mammal discovered in the remote desert of western Africa resembles a long-nosed mouse in appearance but is more closely related genetically to elephants, a California scientist who helped identify the tiny creature said on Thursday.

The new species of elephant shrew, given the scientific name Macroscelides micus, inhabits an ancient volcanic formation in Namibia and sports red fur that helps it blend in with the color of its rocky surroundings, said John Dumbacher, one of a team of biologists behind the discovery.

Genetic testing of the creature – which weighs up to an ounce (28 grams) and measures 7.5 inches (19 cm) in length, including its tail – revealed its DNA to be more akin to much larger mammals.

"It turns out this thing that looks and acts like shrews that evolved in Africa is more closely related to elephants," said Dumbacher, a curator of birds and mammals at the California Academy of Sciences in San Francisco.

The findings, published in the Journal of Mammalogy, floored scientists, who said the only visible link between an African elephant and the diminutive shrew is its trunk-like nose.

An elongated snout is a common feature of various shrew species, many of which look like long-nosed mice externally, though shrews are not classified as rodents.

Dumbacher likened the newly discovered mammal to a small antelope in its physique and sleeping habits and to a scaled-down anteater in hunting techniques and preferred prey.

Like an antelope, the creature has long, spindly legs relative to its body size, and hunkers down next to bushes to sleep rather than burrowing. Like an anteater, it uses its extended nose to sweep the ground in search of ants and other insects.

The desert-dwelling shrew is prone to giving birth to twins, which hit the ground running like the calves of some types of African antelope.

Biologists plan to return to Africa in the coming months to outfit the new mammals with miniscule radio collars to learn more about their habits, Dumbacher said.

Newly Discovered Shrew May Look Like A Mouse, But It's More Closely Related To The Elephant
Top New Species 2014 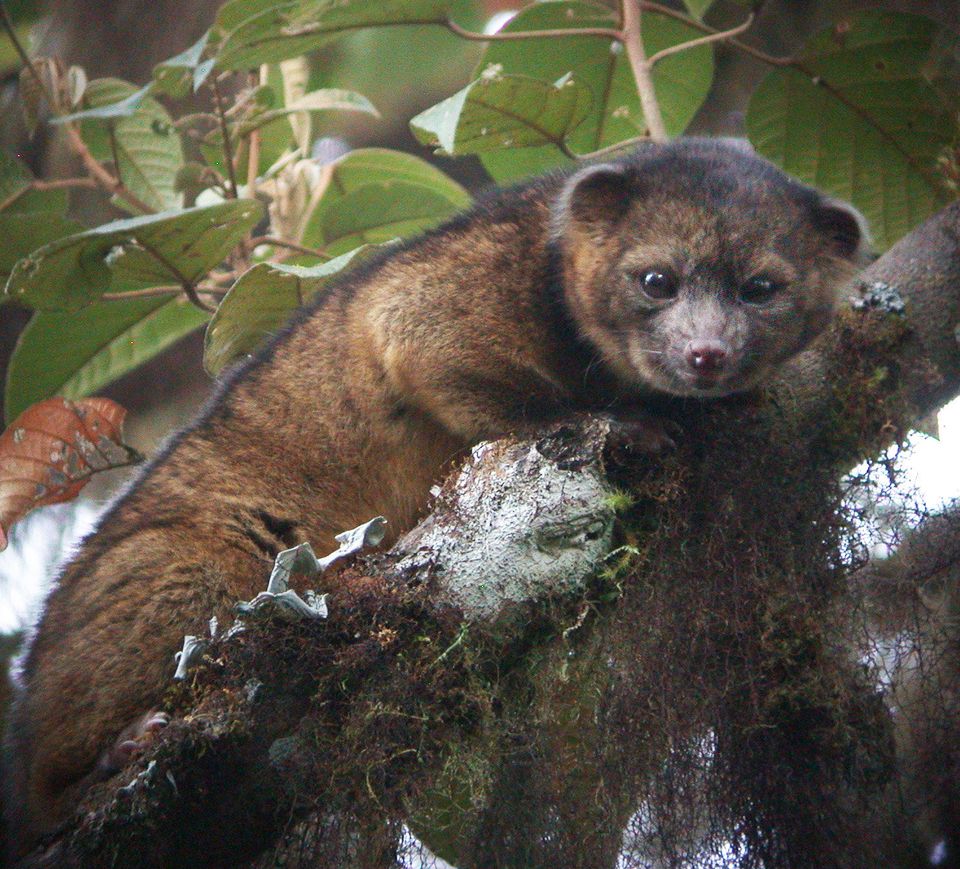 1 / 10
Olinguito
This undated handout photo provided by Mark Gurney shows a olinguito. Imagine a raccoon with a teddy bear face that is so cute it's hard to resist, let alone overlook. But somehow science did _ until now. Researchers announced a rare discovery of a new species of a mammal that belongs to the grouping of large creatures that include dogs, cats and bears: the olinguito. The raccoon-sized critters leap through the trees of the cloud forests of Ecuador and Colombia at night, according to a Smithsonian researcher who has spent the past decade tracking them.
AP Photo/Mark Gurney