The day we've all been waiting for has arrived. The new emoji are here!

For those unfamiliar with updating their iPhone software, all you need to do is hit Settings, then General, then Software Update. It will likely take a little while for your iOS to update, but there are fresh new emoji waiting for you when it's finished.

To get the different skin tones, just hold your finger down on an emoji and different options will appear like this: 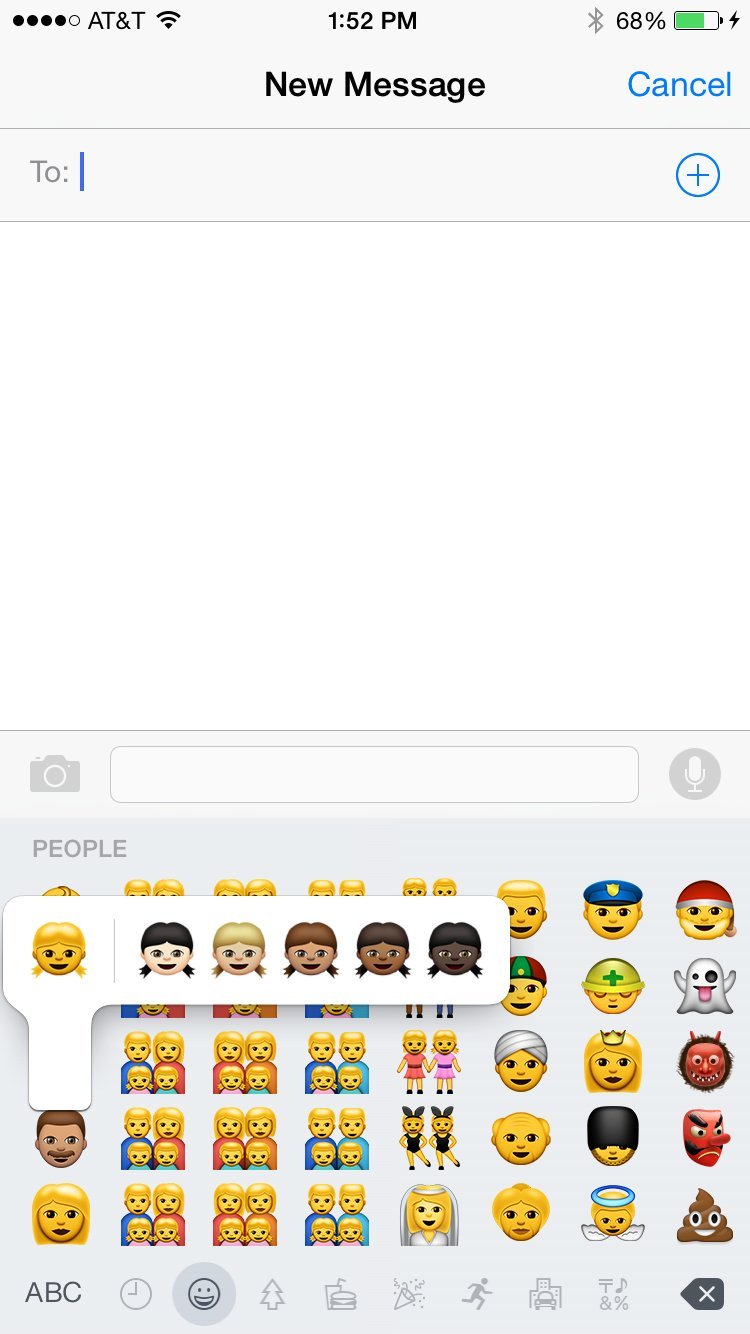 As you can see, the layout of the emoji is new, too. You can scroll through all of the emoji at once, instead of having to select a category.

Here are some of the new emoji you can play with: 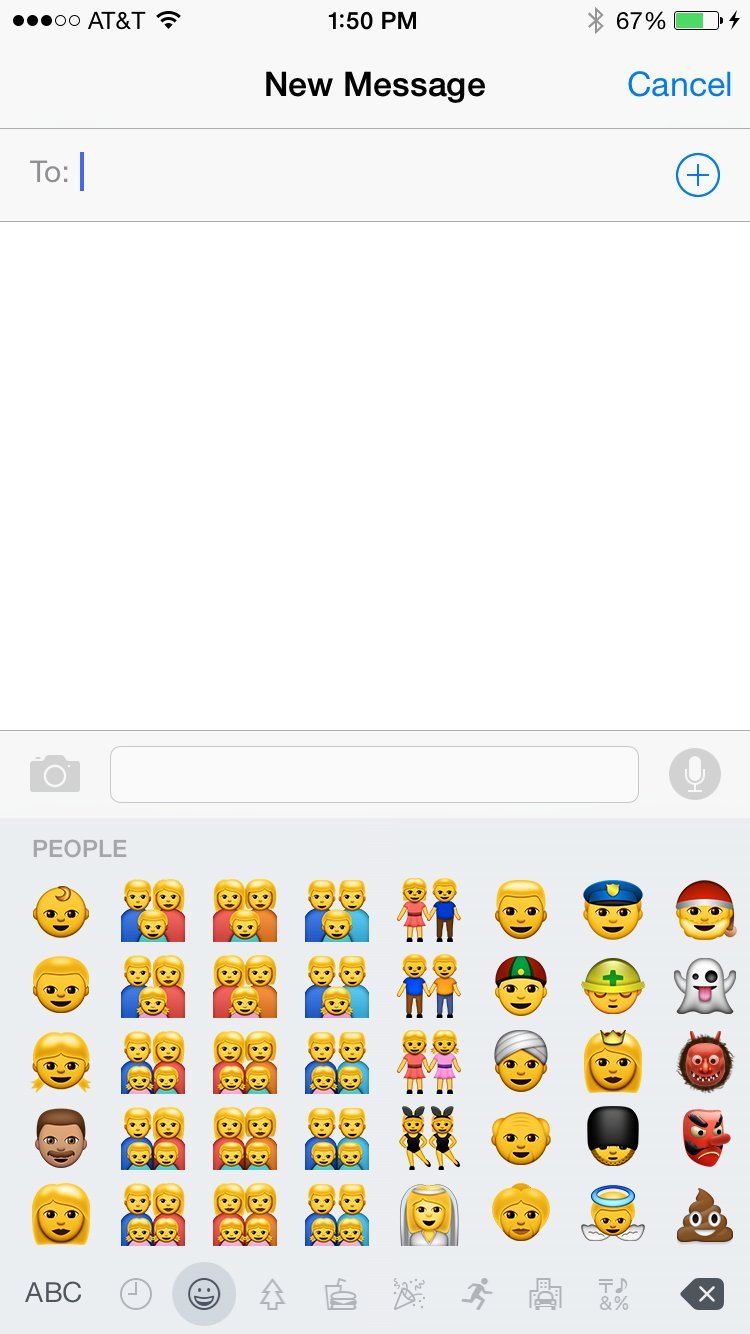 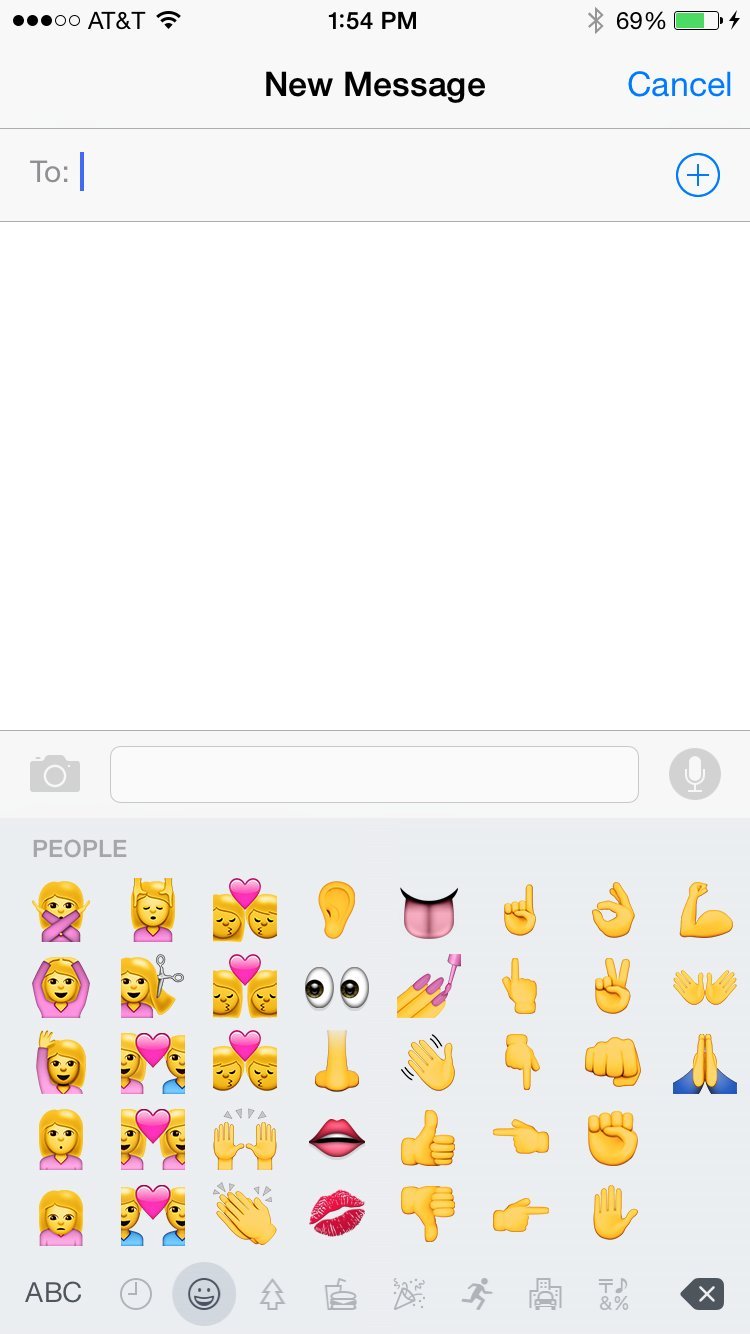 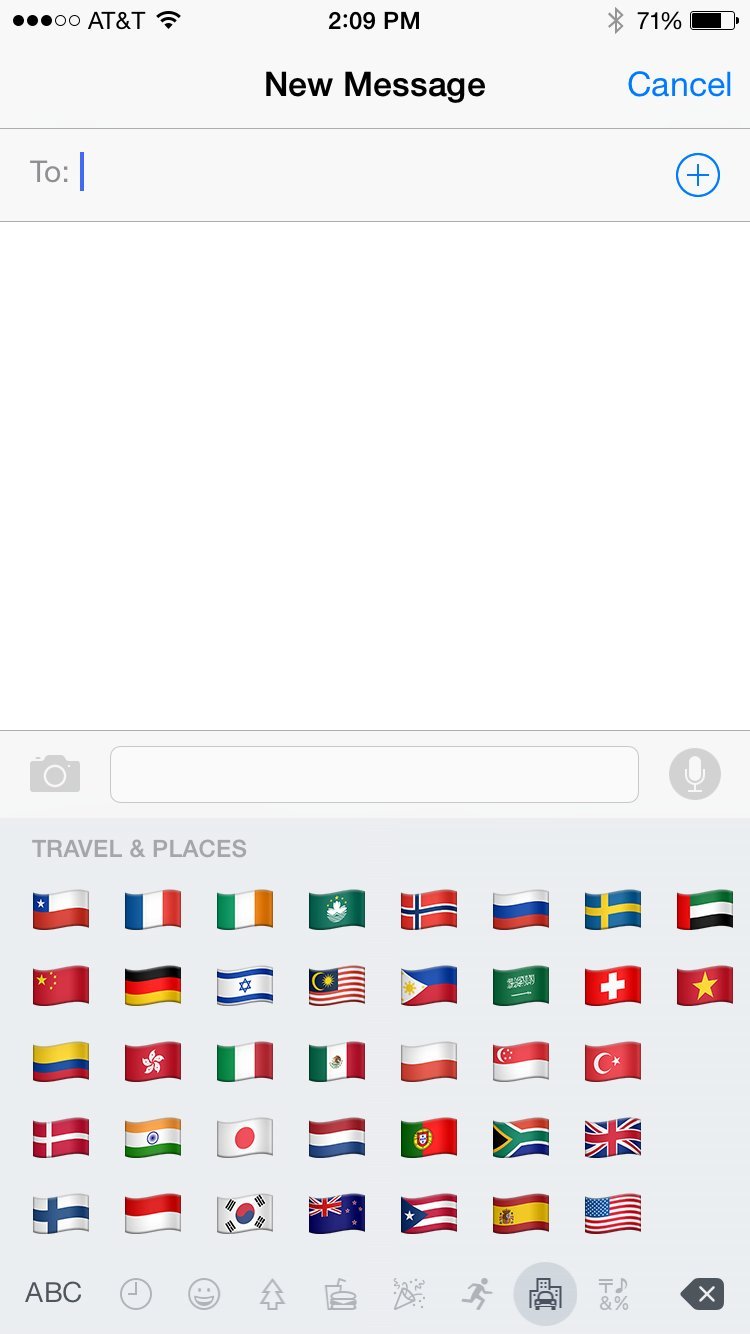