On Monday, the Unicode Consortium, a nonprofit that regulates the coding standards for written computer text that includes, yes, emoji, announced that it has added 2,834 new characters to its widely adopted standard. Among them are approximately 250 emoji.

Probably the highlight among these new additions is the middle finger, which will let someone you're texting know that you're really angry. However, it's up to smartphone makers to decide whether they will support this or any new emoji in future software updates, so don't expect to be able to send these new emoji right away. And don't expect an uptight company like Apple to let you flip the bird emoji-style anytime soon.

Here's a sampling of the new emoji from the Unicode Standard blog, which include a chipmunk, a dove of peace, a hot pepper and the most importantly, the Vulcan salute. 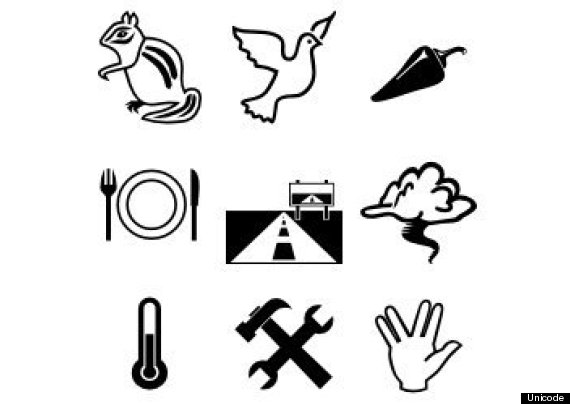 Other new emojis will include a rolled-up newspaper, a thermometer, a floppy disk (!?), a golfer and admission tickets.

We reached out to the Unicode Consortium to ask for the date the new emoji will be available.

You can see mock-up illustrations of each new emoji at Unicode's website. Check out the full list of additions from Emojipedia below.