A unique art exhibit is opening on August 1st on Governors Island that shows the art of imprisoned artists from around the U.S. The exhibit titled "Escaping Time: Art from U.S. Prison" is a production of the Safe Streets Arts Foundation, an organization whose goals are to rehabilitate prisoners through the use of art.

It features over 200 pieces of art collected from gulags all over the United States. The groundbreaking show highlights the therapeutic values found in making art by prisoners and tries to call attention to the struggles found by prisoners when they attempt to reenter society.

The show is timely given the current national discussion led by President Obama about the need for prison reform. In addition to the art pieces, information will be featured that will demonstrate the therapeutic and transformative power of art.

Because of my standing as an artist and a former prisoner of the war on drugs I was invited to participate in the show. After viewing the art space I decided to show my installation titled "The Drug War," a multi- media presentation that visually portrays some of the most compelling drug war issues found in the news. The visual narratives in the installation are powerful reminders of the raging war on drugs that ravages many of our communities. The use of art as a political weapon is not new. Through history, the role of the artist as a social commentator has been invaluable. Art is a great vehicle for expressing views to others in a way that is unmatched in any other media outlet for its truthfulness. Like Picasso's 'Guernica' and Goya's 'Third of May,' which both powerfully portrayed the atrocities of war, my installation follows their lead in revealing the impact of America's drug war.

I spent 12 years in prison for a first time non-violent drug offense. While imprisoned I discovered my artistic talent. In 1995, after a showing of my art at the Whitney Museum, my case attracted national attention. Two years later, New York Governor George Pataki granted me executive clemency. I hope my story can become a guiding example to other prisoners who are imprisoned that use the arts to survive the experience.

Details about the show:

The curator of the exhibit is Anastasia Voron Director of Exhibitions at Wallplay at Gallery 151 who said "The consolations of expression should not be limited to physical entrapment. Art offers prisoners a new conviction that, although their circumstances may seem inescapable, their memories, experiences, and hopeful dispositions are preserved," says Voron. "The complexities of incarceration in the U.S. penal system are reminders that time is not of the essence. Escaping Time: Art from U.S. Prisons seeks to unlock the barriers of physical and temporal captivity by presenting the bouts of escapism that compel inmates to create art. During the confined period of forced introspection and shortage of external stimuli, art can provide a sense of flight from confined walls and copious time."

The exhibit is staffed by former inmates from Defy Ventures and housed in a former military home, the show will benefit the Safe Streets Arts Foundation, the prisoner artists, and the Defy Ventures staff, which offers intensive leadership development courses to former inmates. 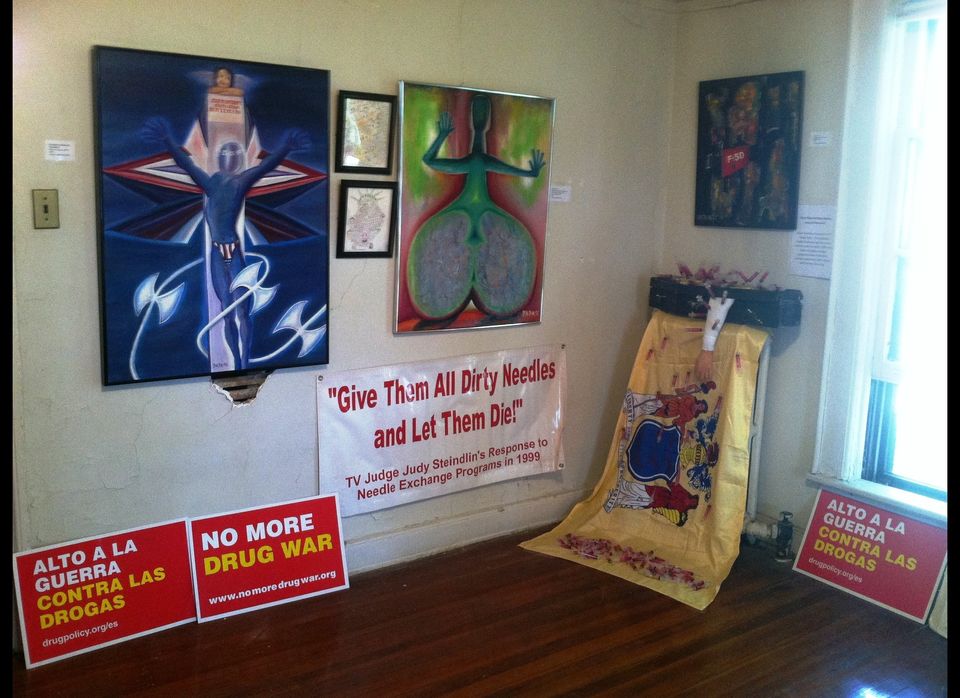