The social network on Monday announced a new "Send" button that allows users to share directly with individuals and select friends via Messages, email or within "Groups" of friends.

When a user clicks "Send," a small window appears that lets the user choose which friends or "Groups" of friends to send the content to. (Facebook Groups is a feature that lets users communicate within a limited set of Facebook friends, such as family members, bowling buddies, or roommates.) The user can send a link, along with a personalized message, without ever leaving the page where they found the content they'd like to share. This feature will replace Facebook's "Email to a friend" option.

For example, if you're planning a vacation with your roommates and you come across a great Hotel deal on Orbitz, you can "Send" a link to that deal directly to your Group of roommates via the Send button.

The Send button is already live on The Huffington Post, as well as several other websites. According to a post on the Facebook Blog, the feature will roll out on more sites over the next few days.

Check out an screenshot for the Send button (below) , and share your thoughts about this new feature in our Quick Poll. 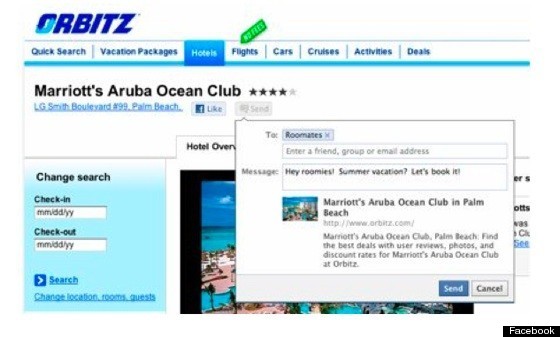 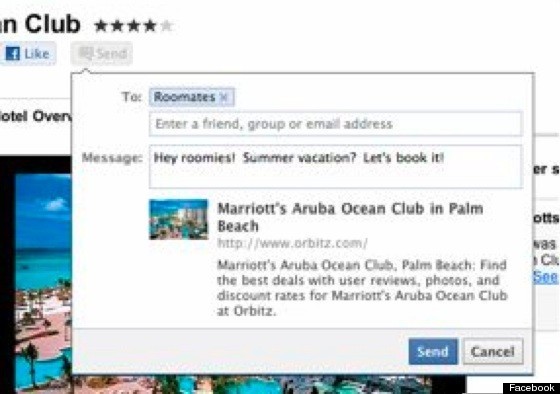