Heralded by the kind of fanfare only Disney can muster, the New Fantasyland officially makes its debut Thursday.

New Fantasyland is touted as the largest expansion in the 41-year history of the Magic Kingdom, doubling the size of original Fantasyland from 10 to 21 acres. Though park-goers were teased by the opening of Storybook Circus at the beginning of the year as well as soft openings (or, "dress rehearsals") throughout the past few weeks, the expansion officially debuted at a preview event Wednesday evening.

It was then that members of the media and their guests were able to pass the walls of Cinderella's castle and experience the attractions first hand.

Fittingly, the day was also Walt Disney's 111th birthday. Indeed, it's been a big year for the Disney empire. March saw the inauguration of Disney Cruise Line's newest ship, the Fantasy. Not long after, the much anticipated overhaul of Disney's California Adventure was completed and Cars Land made its debut. 2012 also marked the 20th anniversary of the opening of the Disneyland Paris resort.

Mickey has been busy.

Speaking to a packed house at Mickey's Philharmagic theater at the event, Tom Staggs, Chairman of Disney Parks and Resorts, reminded listeners that attractions are not Disney's core business. Rather, he said, "we're in the guest experience business."

The New Fantasyland experience begins after passing through Cinderella's castle walls and into the Enchanted Forest area, where the atmosphere captures the spirit of a Renaissance Faire. It's from here that guests are transported into classic Disney films like "Beauty and the Beast," which is brought to life in a storytime with Belle experience at Maurice's cottage as well as at Gaston's Tavern and Bonjour! Village Gifts. (You may remember the village from a certain song...) Just beyond the village square, whose central fountain bears an effigy of that "strong and handsome brute," is Prince Eric's Castle, the portal to "Under the Sea - Journey of the Little Mermaid." Disneyland fans will recognize this typical Disney dark ride from the California park, but new guests will surely appreciate the classic simplicity it evokes. That, and the movie soundtrack it plays is pretty catchy.

The centerpiece of the Enchanted Forest is the Beast's Castle, which overlooks the Forest and sits above the much anticipated Be Our Guest restaurant. A first of its kind at Disney World, the restaurant will offer both quick-serve lunches and full-service dinners. Notably, it is also the first restaurant in the Magic Kingdom to serve alcohol.

Staggs added that Disney seeks to "push the boundaries of creativity and innovation."

Look for more of that innovation from the Seven Dwarfs Mine Train coaster (still under construction.) It will feature first-of-its-kind, Disney-patented technology that allows the mine cars to swing side-to-side, independently, while the train is in motion.

Continuing further past Prince Eric's castle is the other component of New Fantasyland, Storybook Circus. This is where children will find the perennial favorite "Dumbo, the Flying Elephant" ride. The ride was expanded to two spinners -- much to the joy of line-hating parents -- and is joined by "Pete's Silly Sideshow" and "The Barnstormer Featuring the Great Goofini" coaster.

In 2013, guests can look forward to the opening of Princess Fairytale Hall, where the princess will be available to meet their subjects. And, in 2014, the Seven Dwarfs Mine Train coaster will be open for thrills. 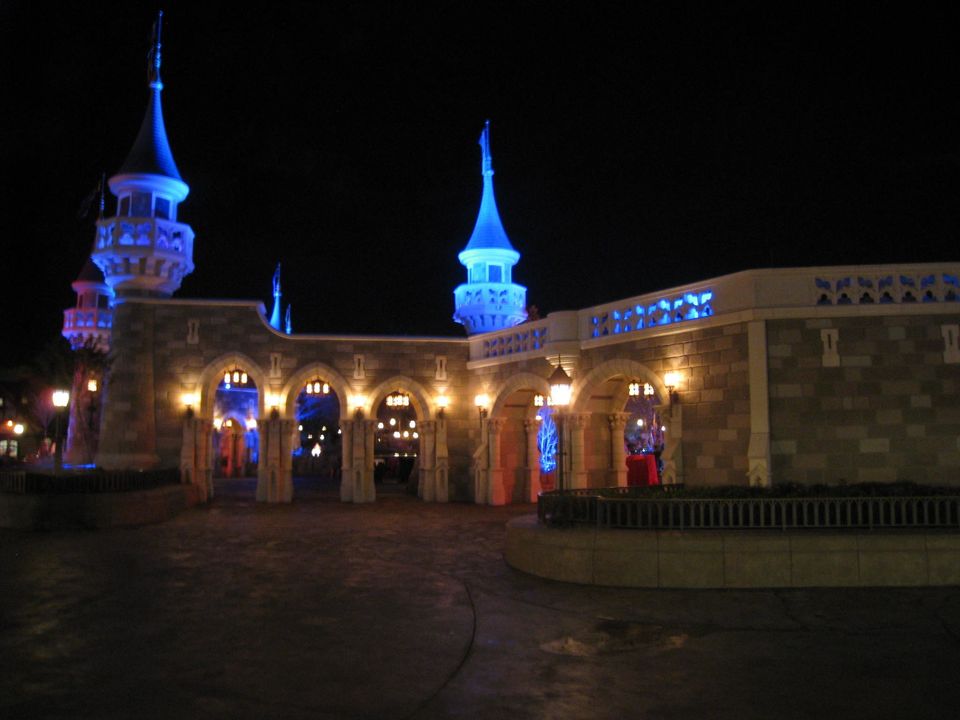