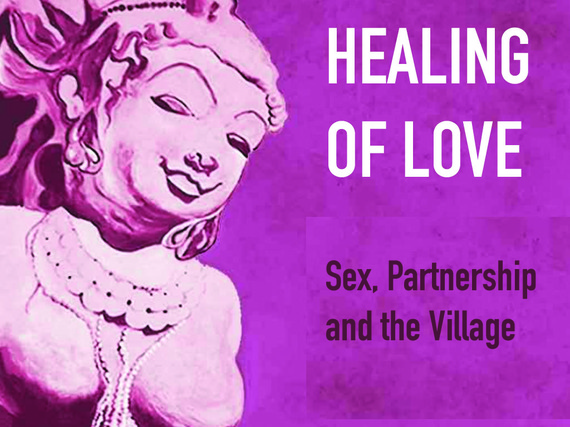 Have you ever felt frustrated with our culture's current model of acceptable relationships- that is, monogamous pairing? Realized that in our world of social networking, we're losing real, close connections to others? Filmmakers Ian Mackenzie and John Wolfstone have and are raising money on Kickstarter to produce a short film called "Healing of Love: Sex, Partnership, and Village," that is challenging our society's ideas about romantic relationships. They studied the culture in the small Portuguese village of Tamera, whose relationships revolve around community and trust that are revolutionizing the way relationships are built. They're project is getting a lot of attention and support, as they have raised 43% of their fundraising goal in just the first three days of their campaign.

I spoke with Mackenzie to learn more about what inspired the films creation, the problems with our relationship models, and why they've decided to produce a short that viewers will be able to watch for free, online.

Erin: I love that you're documentary is going to challenge the current social norms we have around romance and love. What first lead you to question these ideas?

Ian: In the summer of 2013, after 10 years together, my wife and separated. There were many reasons for this outcome, though one important aspect was the inability for our existing relationship to incorporate connection with others. I found myself in numerous situations where the beauty and "rightness" of a moment with someone else conflicted with feelings of guilt and shame. If I kissed another woman out of genuine appreciation, would that mean I loved my wife less? Can love ever be authentic if it relies upon denying sensual love to everyone else? Is love a zero sum game or is love an infinite resource? These questions and more led to the dissolution of our marriage, but continue to guide me in this new project. 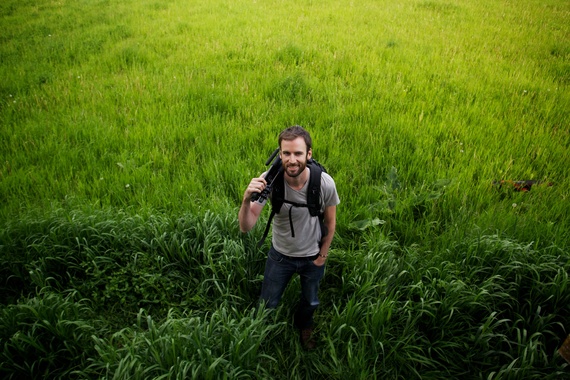 E: Why do you think we're so hung up on this idea of "the one" when we know that humans were not designed to be monogamous?

I: There are many theories that explain the myth of "the one." Some authors like Christopher Ryan (Sex at Dawn) believe it was the shift from nomadic culture to agricultural civilization. In nomadic cultures, sexuality and partnership tend to be more fluid. Suddenly, with the possibility gathering wealth and property, it became important for the wealthy to pass on their fortunes through their own bloodline. The sexual behaviour of the women needed to be repressed and controlled. Others believe that religion ushered in the idea of sex as sinful. From the first women Lilith, who refused to be subservient to Adam, women have represented a connection to our more earthy, carnal instincts. This idea is further advanced through the idea of "saving one's purity" for that special one - all other acts of sex are to be shamed.

E: Your trailer mentions that people are more disconnected than ever, yet spending a lot of time on social networks. Why do these interactions still leave us feeling lonely?

I: My teacher Stephen Jenkinson, has a beautiful saying "It is your manner of approach that will dictate whether or not you find the thing you're looking for." Social media gives us the illusion of connection. We have hundreds or thousands of friends, yet how many show up on our doorstep, unannounced and willing to spend the day with you? How many truly care about our wellbeing and witnessing our vulnerability? How many know us at our best and our worst? If you live in the hyper-accelerated dominant culture, not many. Instead we leap from text, status update, and instagram photo, gorging on "information" but remaining empty. True friendship and connection takes face to face interaction, sustained over time, along with a mutual connection to everything that gives us our lives: our food, our land, our cultural heritage, and our stories.

E: Do you think the social systems being centered around intimacy is something we could replicate in other parts of the world?

I: Absolutely. That has been Tamera's intent from the beginning - to incubate, develop and release these new models of love & sexuality with the world. They realized early on that the world will not be saved by isolated communities attempting to weather global catastrophe. We are in this together, and the answers will come from all over.

E: How do you think people can use the knowledge of Tamera to transform their lives?

I: I believe we all suffer from our current models of love and sexuality. At the personal level, many of us struggle with guilt and shame around our sexual impulses. We're taught a constricted model of partnership as ideal (monogamous pair-bond) and that all others are perversions or deviations. This has led to many relationships & families riddled with fear, hatred and betrayal. If we had more inclusive models of dealing with conflict, and allowing for the liberation of love - imagine the harmony that would create. We could then turn our attention to the wider global issues, which are really larger manifestations of our personal conflicts. As above, so below.

E:I love that this film is going to be posted free online and isn't being used in a for-profit venture. Can you explain why you decided to take this approach?

I: We made this decision for two reasons: First, our current economic system is based upon creating artificial scarcity. We believe to "make a living" we must control an asset to sell it for money. But this is a relatively new phenomenon. In the past, cultures all over the world operated on the principal of the gift. As I support others in my tribe, so shall I be supported. The gift model is now entering a resurgence through platforms like crowdfunding, which allow us to support each other through a different story - the story of inter-being. Second, we are in the time of remixes, mashups, and open collaboration. We want people to watch and use film however they need, in service to accelerating the emerging story. We don't have time to play small. We need big ideas, big visions, and big imagination, shared freely among our global tribe. 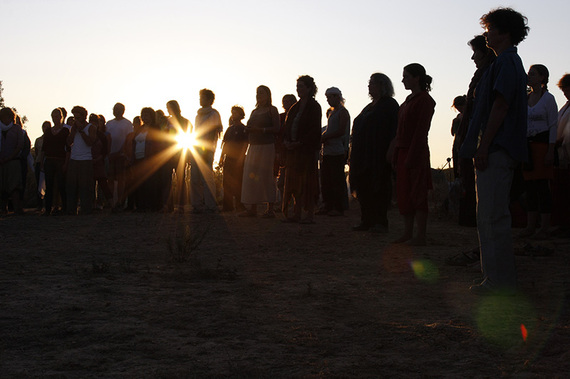 If you want more information about Healing of Love or to donate to the campaign, make sure to check out the Kickstarter campaign.