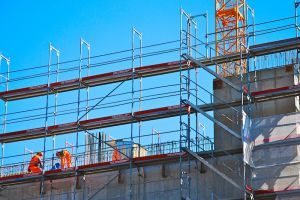 Personal injury cases often turn on whether one party was negligent. However, at law, negligence can have several different meanings. In some personal injury cases, the specific issue in the case comes down to whether the defendant was "grossly negligent," or merely just "negligent."

The Court's Decision at Trial

At trial, the court heard evidence that the defendant company failed to cover up a hole that was cut through the scaffolding. However, the court determined that this was merely negligent, rather than gross negligence. Therefore, the lower court dismissed the case against the defendant firm.

On appeal, the court reversed. The court explained that, "the line between simple and gross negligence is often uncertain and indistinct, and in such circumstances, the question of whether negligence is simple or gross, should ordinarily be resolved by the jury." Because the question is properly reserved for the jury, it was not appropriate for the lower court to make the decision without the jury.
What This Case Means for Florida Personal Injury Plaintiffs

This case is fairly specific and is not likely to have a broad impact in Florida personal cases. The cases in which it will have an affect are those cases with similar facts, with an employee plaintiff bringing a suit against a subcontractor with whom he is not employed, but believes caused his job-related injuries.