Early Thursday morning, Entertainment Weekly announced its mammoth “Game of Thrones” story, a behind-the-scenes preview of Season 8 that would seemingly reveal more about the show than even the Three-Eyed Raven could know. And it did.

To start off, there’s the first official photo of the season, featuring King in the North Kit Harington and Khaleesi Emilia Clarke in a what looks like an icy-and-fiery engagement shoot embrace:

The first official photo from #GameOfThrones’ final season is here! Get exclusive details on the most impossible finale in TV history in our report from the #GoT set: https://t.co/wjWGa4K2Yr pic.twitter.com/59aFZkCR0U

Then, there are the tearful cast reactions to the fact that 2019 marks the end of “Game of Thrones.” Sophie Turner said she felt “numb” after learning what would happen. Kit Harington apparently cried twice during the table read.

Finally, there are the light spoilers. We learn a bit about the giant battle with the Army of the Dead to come, which filmed for weeks and is “expected to be the most sustained action sequence ever made for television or film.”

And here’s what we can expect from the Season 8 opener at the Stark home of Winterfell:

Season 8 opens at Winterfell with an episode that contains plenty of callbacks to the show’s pilot. Instead of King Robert’s procession arriving, it’s Daenerys and her army. What follows is a thrilling and tense intermingling of characters — some of whom have never previously met, many who have messy histories — as they all prepare to face the inevitable invasion of the Army of the Dead.

It’s not entirely new information. Clips of the cast bemoaning the end of “GoT” were already out there when EW released the story online (it’ll be available in magazine form Friday), and we knew about the first Winterfell scenes from previous leaks.

The most enlightening bit in the EW story comes from an anecdote from reporter James Hibberd’s trip to the set ahead of the Season 8 finale shoot, which is said to have included some unlikely characters:

Several actors are performing, and I’m stunned: There are characters in the finale that I did not expect. I gradually begin to piece together what has happened in Westeros over the previous five episodes and try not to look like I’m freaking out.

Snow my God. Who could these mysterious surprise characters be? A couple possibilities come to mind:

Howland is the man to the left of young Ned Stark in the GIF above. He was the only other person besides Ned who survived the battle at the Tower of Joy, where Lyanna Stark gave birth to Jon Snow/Aegon Targaryen, aka the birthplace of the biggest secret on the show.

We haven’t seen Howland on the show, other than in a Tower of Joy flashback/vision from Bran. But if he’s showing up in the finale, it could have something to do with confirming Jon Snow’s Targaryen heritage.

Plus, there’s his daughter, Meera Reed, still running around out there. In the books, it seems like she could be a love interest for Bran, so perhaps she’ll return to the spotlight with her dad.

When Hibberd wrote that he was not expecting certain characters to appear in the finale, he might’ve been hinting at something: we’ve seen these characters before. And maybe he didn’t expect them because they’re supposedly dead.

We already know from casting director Nina Gold that Sean Bean was so important to the show that the northern accents we hear to this day are modeled after his voice. Even though Ned died in Season 1, he’s constantly brought up in dialogue, including multiple times in Season 7. For example, between Sansa and Arya in the season finale:

Earlier this year, I asked Bean about rumors of his possible return to the show, and at the time he told me, “I’ve heard rumors, but not from very good sources, that I might be back. But I think I’ve done my time there, and I created a good character.”

The actor continued, telling me it’d be “strange” to see his character resurrected. But this is the final season, so let’s get strange.

Maybe Ned will simply appear in a flashback. Or a vision. As a Force ghost? Who knows?

This is more wishful thinking, but we’ve already predicted the return of dead Ned, so why stop there? Bring on all the dead people!

Lady Stoneheart, a reanimated, zombified version of Catelyn Stark in the A Song of Ice and Fire novels, was famously cut from “Game of Thrones,” a decision George R.R. Martin didn’t necessarily agree with. It’d be extremely weird if the show brought her back in the Season 8 finale, but better late than never. Are we Reed-ing too far into this or could these returns warm our icy stonehearts? Eh. 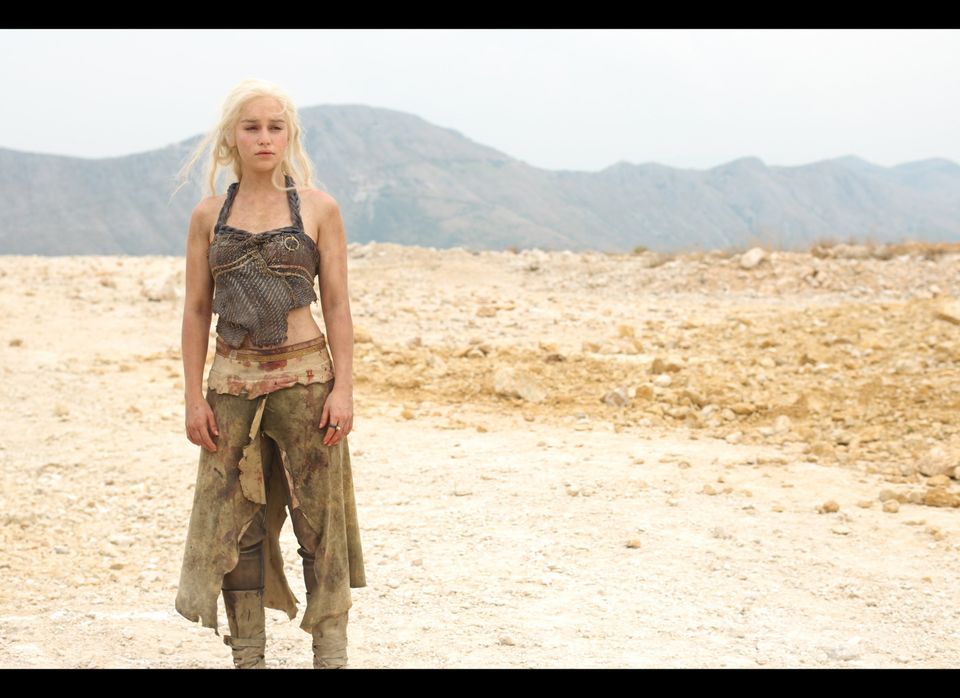