A worm called one of the world's "worst" invasive species by conservationists has been found in the United States for the first time, an international team of researchers announced on Tuesday.

The Platydemus manokwari, also called the New Guinea flatworm, poses a major threat to the planet's snail biodiversity, according to an article published in the scientific journal PeerJ. "It is considered a danger to endemic snails wherever it has been introduced," the report states.

The flatworm is thought to originate in New Guinea, but researchers say it has spread to Florida, New Caledonia, Puerto Rico, Singapore, the Solomon Islands, and the Wallis and Futuna Islands. Jean-Lou Justine, who led the research team, said that scientists had previously found the animal in other Pacific islands and in France. 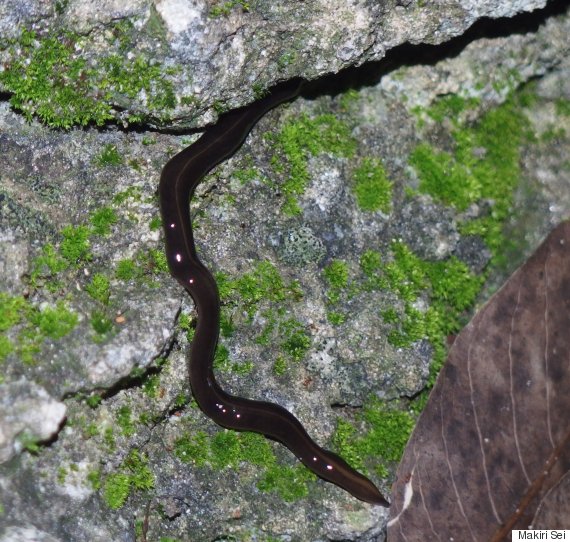 "Once the New Guinea flatworm arrives in a new territory, and providing the conditions are right, it reproduces quickly," Justine said in an email to The Huffington Post. "It quickly adapts itself to predate on local snails and other invertebrates."

The International Union for Conservation of Nature included the worm on its most recent list of the 100 worst invasive alien species. The USDA classifies invasive species as plants, animals or pathogens that are non-native to an ecosystem, "whose introduction causes or is likely to cause harm."

Human activity is the main reason for the spread of invasive species. Justine said the New Guinea flatworm typically moves no more than a few hundred yards a year on its own, but it has spread rapidly thanks to international trade in living plants.

The species has already been found in several gardens in Miami, Justine said, and it is likely to disseminate throughout Florida and parts of the South through soil, potted plants and garden waste.

The U.S. has strict rules on the import of agricultural and plant products to help curb the spread of invasive species. But once they're on the U.S. mainland, regulations aren't as stringent. "There are no customs or quarantine restrictions between Florida and the other U.S. states," Justine said. "From Florida, the flatworm can be inadvertently spread to all states in the southern part of the U.S. From [there], it can be transported to Mexico and to the rest of the Americas."

The creature caused a minor uproar in the French culinary world after some scientists said it had the potential to decimate populations of snails traditionally used in escargot, The Guardian reported last year.

"All snails in Europe could be wiped out," Justine told the outlet at the time. "It may seem ironic, but it's worth pointing out the effect that this will have on French cooking." 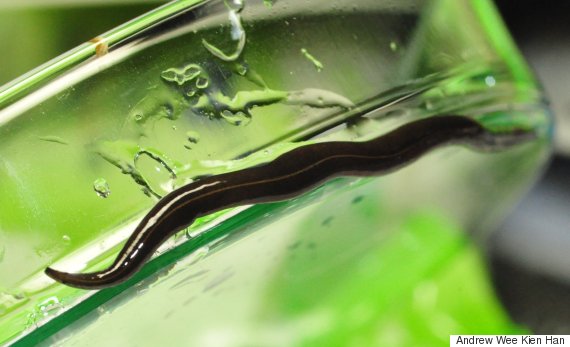