From the standpoint of anyone nurturing a media narrative, anything other than wins for Democratic hopeful Bernie Sanders and GOP front-runner Donald Trump in the New Hampshire primary would be either mildly surprising or downright shocking.

But history teaches us that the state is a ripe place for a rewrite -- and as we've previously noted, New Hampshire voters like to make up their minds toward the end. The penultimate CNN/WMUR poll noted that plenty of undecided voters are still lurking in the Granite State.

As it turns out, polls of likely Democratic and Republican primary voters conducted between Feb. 4 and Feb. 8 reveal some symmetry. On both sides, close to two-thirds of respondents expect Sanders and Trump to prevail. But Democrats and Republicans differ in how close they are to making a decision.

On the Democratic side, there's more firmness, with 64 percent of respondents saying that they've settled on a choice. Of the remainder, 21 percent are leaning toward a candidate, and the level of genuine undecideds has fallen to 15 percent, down from 24 percent previously. Head to head, the last CNN/WMUR poll predicts a blowout win for Sanders by a margin of 61 percent to 35 percent.

Sanders' margin of victory tonight matters -- and not just because it may shift the "expectations game" if Clinton is able to keep it reasonably close. As Daily Intelligencer's Eric Levitz explains, "if Sanders wins by a margin of 55 to 45 percent, Hillary Clinton will walk away with an even share of New Hampshire’s delegates." Per Levitz:

Since our nation was founded on the principle of "no taxation without an insanely convoluted process of electing representation," as long as Clinton gets above 43.8 percent of the vote, she’s entitled to half the state’s delegates. More specifically, New Hampshire’s 24 delegates are broken down into an eight-eight-eight split between the state's two congressional delegates and its statewide allocation. If Sanders wins 56.3 percent of the vote in one district, he’ll take home five of that district’s eight delegates — if he does this in both districts, and thus achieves that margin in the statewide vote, he’ll best Clinton 15 to 9 in total delegates. (If he wins that margin in only one district and doesn’t achieve it in the statewide count, he’d end up with 13 to Clinton’s 11.)

But if the Democratic contest is now down to marginal gains in the delegate race, the GOP side of the poll is still looking like an unbaked cake. As the WMUR poll notes, "Currently, only 46% of likely Republican Primary voters say they have definitely decided who they will support, 24% are leaning toward a candidate, and 31% are still trying to decide." So, Republican voters have firmed up a little (the numbers in the prior poll were 39 percent, 24 percent and 37percent, respectively), but they're leaving it late.

Trump is generally not well-liked in New Hampshire: 32 percent of likely GOP voters would not elect him under any circumstances, the highest level of disapproval for anyone in the field. Yet if he has one advantage, it's that an electorate that generally dislikes him still has far too many alternative options. Another Trump advantage? If New Hampshire voters don't unconsciously swarm behind one or two of the also-rans, it's unlikely that the anti-Trump field will winnow in any significant way -- setting up this same choice in future contests.

More than a third of voters have said they definitely would NOT vote for Trump, a very high number at the same time that there is a huge undecided vote, Smith told The Huffington Post in an interview. “There is a ceiling on his support, not a floor.”

Though Smith's latest poll puts Trump at 28 percent and his nearest competitor -- Rubio -- at 15, Smith thinks that there is time for Trump to fall further, and perhaps for Rubio, Kasich or Cruz to catch up to him.

“Right now it is a slow leak in the tire, but the tire could also explode,” said Smith. “Don’t forget that in 2004, Howard Dean fell 14 points in one day after his meltdown in Iowa.”

Of course, Smith made those comments a day before Marco Rubio -- who'd gathered momentum as the safe-harbor candidate for the anti-Trump vote -- suffered his mechanical failure.

Don't stake money on this primary if you're going to need that cash later.

Jason Linkins edits "Eat The Press" for The Huffington Post and co-hosts the HuffPost politics podcast, "So, That Happened." Subscribe here. Listen to the latest episode below.

PHOTO GALLERY
20 Things You MUST Do During The Presidential Primary
Download
Calling all HuffPost superfans!
Sign up for membership to become a founding member and help shape HuffPost's next chapter
Join HuffPost 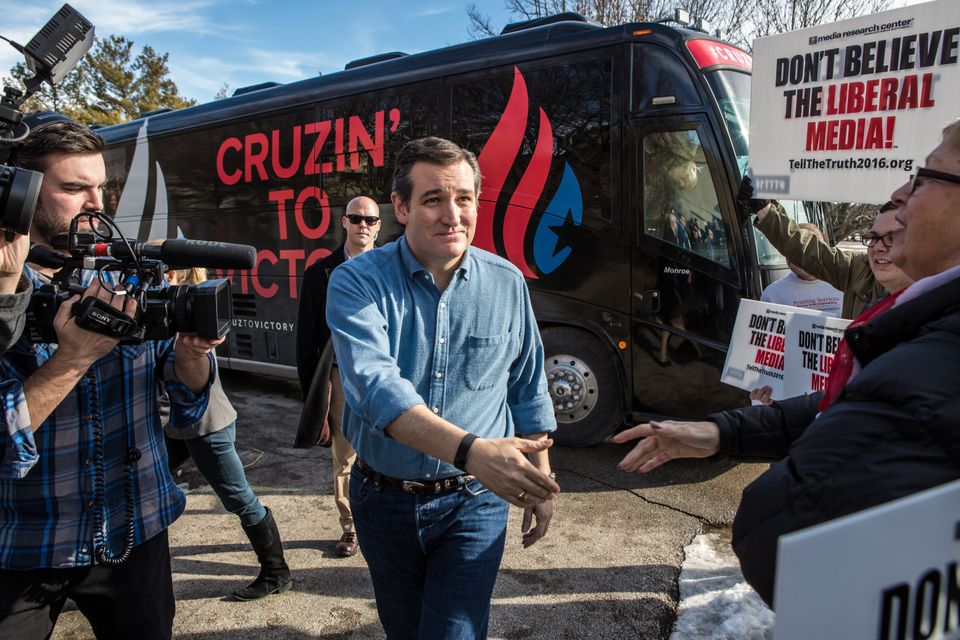