We live in an increasingly unequal America, and one that is increasingly unequal across locales. The median income peaked in more than 80 percent of America's counties fifteen years ago, while a metropolitan area like New York City has 370,000 millionaires (using net worth as the measure). It is becoming harder and harder to live outside of our major metropolitan areas, and this is a problem. We need to think of new policies, or revisit policies used in the past, to help these places, and the first few months of a new Congress are the time to start.

It is important to understand the emergence of the major metropolitan areas in the United States -- and their limitations. These areas are growing at stunning rates, with population growth about a quarter faster than in the rest of the country. When people move to metropolitan areas, they become more effective job creators and workers, and they have more choices of restaurants, theatres and other forms of entertainment, which they can usually walk to. 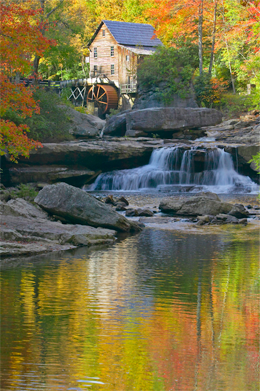 But these metropolitan areas also have major problems. In many ways, life here is not as easy as it is elsewhere. For one, it's expensive: The average residence in Manhattan costs $1.5 million, more than ten times what the average residence costs in Plattsburgh, New York (where I was raised), even though the average income in Manhattan is not even twice as much as it is in Plattsburgh. Life in metropolitan areas can also be inconvenient. If you want to eat at a restaurant, you will sometimes have to wait an hour to get a table, and when you get that table the small-space cacophony will usually make it difficult to hear your dinner companions.

Life in metropolitan areas often lacks fulfilling connections to the land. For city dwellers in the Mountain West and West Coast, it is true that skiing and hiking are often a drive away -- but they are still a drive away, rather than available in your backyard or down the street. In the metropolitan areas in the rest of the country, skiing and hiking are at best several hours away, by car.

Life in metropolitan areas often lacks fulfilling connections to other people. It has become harder and harder to go to a bar where, to reprise the Cheers theme song, everyone knows your name. Many more people in these areas move in from other places, and many more people will eventually leave. The kinds of deep, enduring relationships that generate human flourishing are harder to secure when people are as transient as they are now.

Americans therefore need choices of the types of places where they want to live, because no type of place is perfect. Increasingly, though, their choices are limited because of the emerging geography of inequality. While population grew in the rest of the country between 2000 and 2010, it stayed constant in areas with populations of fewer than 2,500 people, and has actually decreased since 2010 in those areas. In areas of between 2,500 and 50,000 people, the population was already shrinking before 2010. While the population is decreasing slowly in these areas, the number of jobs is decreasing rapidly. The result is that very few people are moving to cities or towns with fewer than 50,000 people, and many people are leaving these cities or towns altogether. 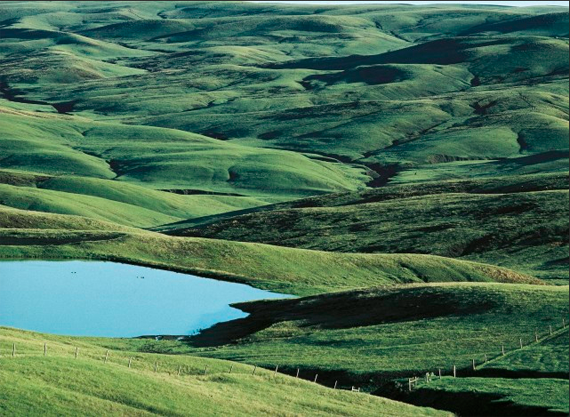 What can we do to revitalize the smaller cities and towns in America, and give Americans a choice about what type of place they can call home? This is not the first time in American history we have had a problem with parts of the country being left behind. We should revisit some of the policies that worked before, because there are good reasons to think they would work again.

First, it is time for a new Homestead Act to provide incentives to invest and reside in these other areas. President Abraham Lincoln signed into the law the first Homestead Act in 1862. For a small registration fee, the Homestead Act provided federal land to eligible Americans for five years. At the end of the five years, if those holding the federal land improved its quality, they were granted a deed to the land for another small fee. All told, more than 2 million adult Americans -- about 10 percent of the entire adult population of the country at the time -- used the Homestead Act to own land.

A Homestead Act for 2015 could build on these lessons from President Lincoln. For those considering moving to these places that have been struggling, the federal government would forgive portions of their federal student loans in return for a decision to live and work in these communities. For current and new residents, there would be a special tax credit for purchasing a new home in the community. There would be special tax incentives for businesses that move or expand there. A new federal venture capital fund would be created to invest in business opportunities in these communities. 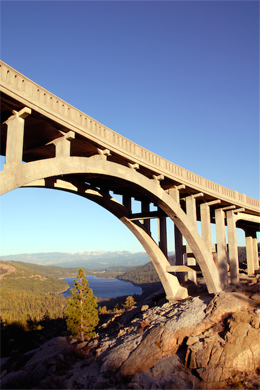 More than ten years ago, Congress started considering such a law. This modern version of a Homestead Act was sponsored by a range of elected members of Congress, from conservative Republicans to liberal Democrats. It is time for this new Congress to reach across party lines like it did then and pursue a Homestead Act for the twenty-first century.

Second, it is time for federal investments in infrastructure specifically targeted to these struggling areas. Nationwide spending on infrastructure has decreased approximately one-fourth over the past several decades. In areas with fewer than 50,000 people, infrastructure spending has decreased at even faster rates. While it might be hard to imagine for those in the major metropolitan areas, in many areas of less than 50,000 people less than half of the population has a reliable Internet connection.

There are obvious reasons why infrastructure spending in these smaller areas in particular would reap great rewards. The primary reasons people give for moving out of these areas and to the major metropolitan areas are that they feel disconnected. With faster Internet access and train service between a smaller area and a major metropolitan area, all of a sudden moving out of the metropolitan area does not make one feel so disconnected. You can enjoy the cheaper cost of living and the greater connections to land and to people, but still very easily be able to communicate with those on Wall Street or in Silicon Valley.

Now would be a great time for Congress to take up these policies to help the places that America forgot. The midterm elections in 2014 brought into Congress 71 new members of the Senate or House. In a polarized America, these new members will struggle to find a policy area where they can make a difference. Many of these new members represent states or districts that include places that have fallen behind the major metropolitan areas.

There is a simple answer for their political dilemma: remembering the parts of America that have been neglected is the best way for them to make a difference. These new members of Congress can push a bipartisan agenda to remedy the emerging geography of economic inequality in the country. If there is any issue on which both parties have and will agree, it is this issue.

David Fontana is an Associate Professor of Law at George Washington University School of Law in Washington, D.C.