Update (July 14, 7:49 a.m. EDT): After a nine-year journey, traveling more than 3 billion miles, New Horizons has made its closest approach to Pluto.

The Pluto-bound probe will zoom past the dwarf planet, making its closest approach on Tuesday at 7:49 a.m. EDT -- and it will offer the first-ever up-close glimpse of our solar system's beloved Pluto. You can watch a live countdown to the closest approach and a discussion of the historic event on a NASA TV livestream (above).

"What NASA's doing with New Horizons is unprecedented in our time and probably something close to the last train to Clarksville, the last picture show, for a very, very long time," Dr. Alan Stern, principal investigator for the $700 million New Horizons mission, told The Associated Press. "We're going to knock your socks off."

The unmanned spacecraft is expected to get within 7,767 miles of Pluto. It will sweep past the dwarf planet at about 30,800 miles per hour with a suite of seven science instruments poised to gather data and take images of the icy world. 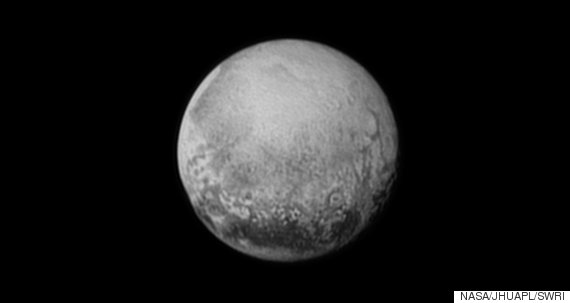 The New Horizons mission launched in January 2006. And now, after a journey of more than nine years and about 3 billion miles, the New Horizons spacecraft is ready for its closest look at the Pluto system. 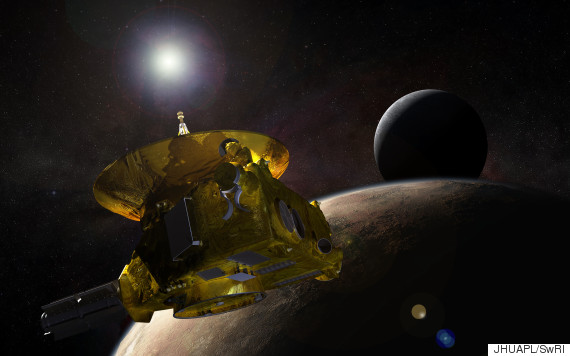 Artist’s concept of the New Horizons spacecraft as it approaches Pluto and its largest moon, Charon.

It turns out New Horizons won't be working alone. A fleet of NASA observatories are scheduled to gather data around the same time as the historic flyby. That will allow scientists to piece together varying sources of information about the dwarf planet.

For instance, as New Horizons makes its closest approach to Pluto, NASA's Cassini spacecraft will take an image of the dwarf planet from its station in orbit around Saturn. And after the flyby, the Spitzer Space Telescope is scheduled to begin a seven-day series of observations on July 23.

"With their unique capabilities combined, we will have a multifaceted view of the Pluto system complementary to New Horizons data," Dr. Paul Hertz, director of NASA's astrophysics division, said in a written statement.

You can follow along with the New Horizons spacecraft on social media by using the hashtag #PlutoFlyby and visiting the mission's Facebook page.