But the big question on everyone's mind: Does the new iPad outshine its predecessor?

Flip through our slideshow below to read the most favorable words from TechCrunch, The New York Times, The Verge, and others. Do you think the new iPad is worth the $499 base price? Share your thoughts in the comments.

Then, check out the 11 biggest things you need to know about the new device, and find out our own Captain Gadget's thoughts on whether the new iPad is a worthy upgrade for current iPad owners. 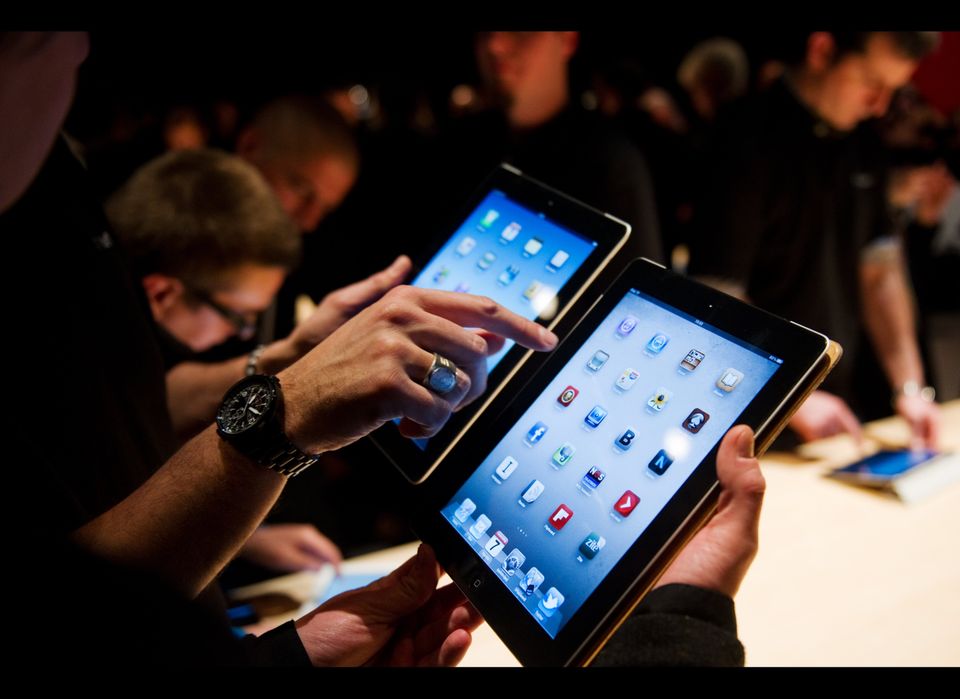 1 / 8
TechCrunch
This bold declaration by TechCrunch's MG Siegler pretty much says it all: "Once you see and use the new iPad, there will be no going back." <a href="http://techcrunch.com/2012/03/14/the-new-ipad-review/" target="_hplink">Siegler's review</a> praised the new iPad's stunning Retina display, which, along with its super-fast 4G LTE connectivity and long-lasting battery life, rockets it above even the iPad 2, the tablet market's current leader. For those wondering Siegler's thoughts on upgrading, it's a hard call, since it seems the iPad 2 matches the new iPad in speed. However, he suggests that if you don't splurge on the new tablet, "treat the [it] as if it were Medusa when you're in an Apple Store. Do. Not. Look At. It."
Getty