It's an iPad 3! It's an iPad HD! It's an...iPad? That's right folks, Apple decided that like Madonna or Cher, the new iPad "iPad" doesn't need a last name. It's just the iPad, so get used to it.

What's in a name, anyway? It's what's inside the iPad that counts, hopefully, since the outside of the new iPad looks pretty much the same as the now-discounted iPad 2.

So how do Apple's tablets stack up against one another? Is the newer, more expensive iPad worth the money even though it looks pretty much the as its predecessor? Or should you go for the cheaper iPad 2?

Check out our infographic (below), which pits the new iPad against its predecessor, and let us know in the comments which you're more likely to go for. (If you decide to trade up to the new model, check out our guide to trading in your old iPad for cash.) 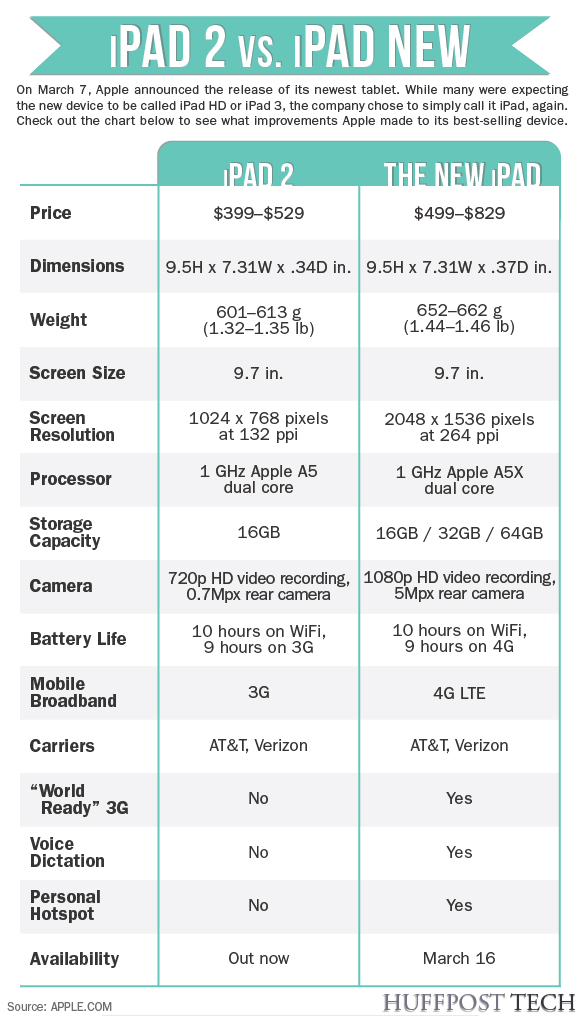 [CORRECTION: A previous version of this infographic incorrectly identified the new iPad as having a quad-core CPU. However, the device is built around a dual-core processor with a quad-core GPU. We regret the confusion.]

New iPad vs. iPad 2: How Apple's Old A New Tablets Compare (INFOGRAPHIC)
11 Things You Need To Know About The New iPad