At his first press conference as CEO of Apple, Tim Cook helped unveil the iPhone 4S, the next generation of Apple's hit smartphone.

Apple's Phil Schiller, senior VP of worldwide product marketing, joined Cook onstage and promised that the iPhone 4S would be far faster than its predecessor, offering speedier downloads thanks to its revamped antenna system and faster processing as a result of its new chip.

The most notable new feature will be the iPhone 4's integration of a virtual, voice-activated personal assistant: Siri. Powered by technology developed by a company of the same name Apple acquired in 2010, Siri will answer questions a user poses by speaking to the phone, read text messages out loud, speak reminders, and more.

"What we really want to do is just talk to our device and we want to talk to it any way we’d like," said Schiller, as reported by All Things D in its live blog.

The iPhone 4S will feature the high resolution Retina Display that was introduced on the iPhone 4 and an A5 processor (which currently powers Apple's iPad 2) that will make the phone twice as fast as the previous generation of the iPhone. Its battery has also been improved -- Apple noted that users can expect 8 hours of talk time, or an hour more than the iPhone 4 -- it will be a "world phone" compatible with both GSM and CDMA networks, and the phone has been equipped with a new wireless system that will enable it to "intelligently switch" between its two, built-in antennas so that it can send and receive data at the same speed as 4G phones, according to Schiller.

The iPhone 4S will have an upgraded 8 megapixel camera. In addition to offering higher-resolution photos with 60 percent more pixels than the iPhone 4, the iPhone 4S will allow for 1080p HD video recording and has been revamped to let users take better pictures in lower light and snap shots faster than on other phones.

“The iPhone 4 has already surpassed every other camera out there on photo sites. We set our sites on competing with many great point and shoot cameras,” Schiller said, according to GDGT's live blog of the Apple announcement.

But the one thing that hasn't changed considerably is the body of the phone, which looks remarkably like its predecessor's. As TechCrunch noted, Apple's new smartphone is "called the iPhone 4S … and it looks exactly like an iPhone 4."

Cook kicked off the event with a recap of Apple's accomplishments thus far and noted that the iPhone now claims 5 percent of the worldwide handset market. Google's competing Android smartphone has gobbled up marketshare and overtook the iPhone as the most popular smartphone operating system in the U.S., boasting 42 percent of the market to Apple's 27 percent.

If you already have an iPhone and aren't convinced you want to upgrade, there's something in all this for you: The new version of Apple's iPhone operating system, iOS 5, will be available to users for free starting October 12. Apple demonstrated the software in June at its Worldwide Developers Conference, but until now had not announced its release date.

CORRECTION: An earlier version of this article incorrectly attributed the above quotations to Apple CEO Tim Cook. 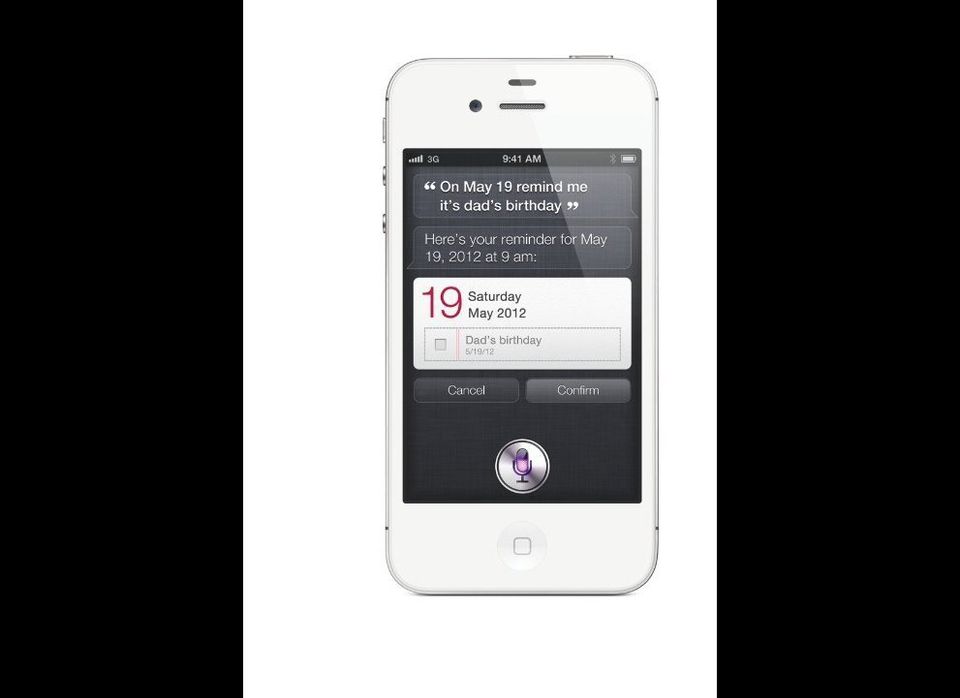