*See photos below* Apple CEO Steve Jobs made a slew of announcements at a press conference in California Wednesday, unveiling upgrades for Apple TV, Apple's iPod line, iTunes, and more.

The new line of iPods includes a Nano model that has a touch screen and lacks buttons. Like previous versions, the Nano has a built-in FM tuner and can display photos. But instead of buttons, controls for playing, pausing and selecting music are right on the screen. It will cost $149 for the 8 gigabyte version and $179 for 16 gigabytes (PHOTOS).

Jobs also introduced a new iPod Shuffle, the lowest-end music player in Apple's line. Like the past generation, it can speak the names of playlists and songs. But unlike the most recent of the tiny music players, it brings back the square shape and buttons of Apple's second-generation Shuffle (PHOTOS).

Jobs also said iPhone users will be getting a software update (iOS 4) that offers the ability to upload high-definition video over Wi-Fi. And when people take photos, the new software will save three slightly different copies that, when combined, make for a sharper image (More on iOS 4 here).

Apple, meanwhile, is adding social features to its iTunes software. Jobs said iTunes 10 brings new ways for people to learn what their friends are listening to. The feature, called Ping, is likely based on the technology Apple acquired with the purchase of Lala.com last year. The Ping section in iTunes lets people "follow" friends, musicians and others, similar to the way Facebook and Twitter work. Ping builds custom top-10 lists based on what the people someone follows are listening to.

Apple also announced a smaller, cheaper version of its Apple TV device for streaming movies and television shows over the Internet and into the living room, with the price of the box cut to $99, from $229.

The new Apple TV announced Wednesday will only let people rent, not buy, content. For first-run high-definition movies the day they come out on DVD, people will have to pay $4.99. High-definition TV show rentals will be 99 cents.

The revamped Apple TV, which will be available within a month, will give people access to the high-definition version of movies just released on DVD, though he didn't say which movie studios have agreed to include their titles for streaming.

People who watch content from Netflix Inc. streamed over the Internet can also access their "instant" queue through Apple TV. Jobs said only News Corp.'s Fox and The Walt Disney Co.'s ABC have been willing to license their shows for streaming so far, but he said he hoped others would join once the service gains popularity. 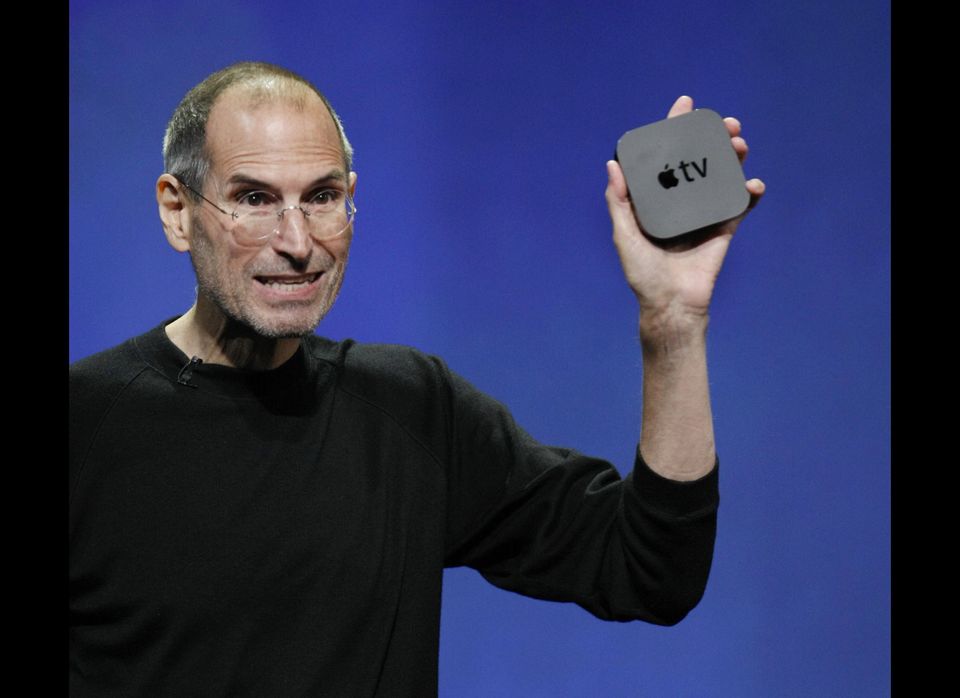