During a highly publicized media event on Wednesday, Apple gave the press a peek at its redesigned iPods.

The iPod Nano got bigger and slimmer; its display now measures 2.5 inches diagonally, while its body is 5.4mm thick and weighs 1.1 ounces (31 grams). The new line of Nanos comes in 7 vibrant colors, accepts multitouch input, sports an FM tuner and even lets users watch video and view photos, per Engadget's live blog. Battery life will last for up to 30 hours of music playback. There's also Bluetooth and a built-in pedometer. Like the iPhone 5, the Nano will accept the new Lightning connector.

The new Nano, courtesy of Apple: 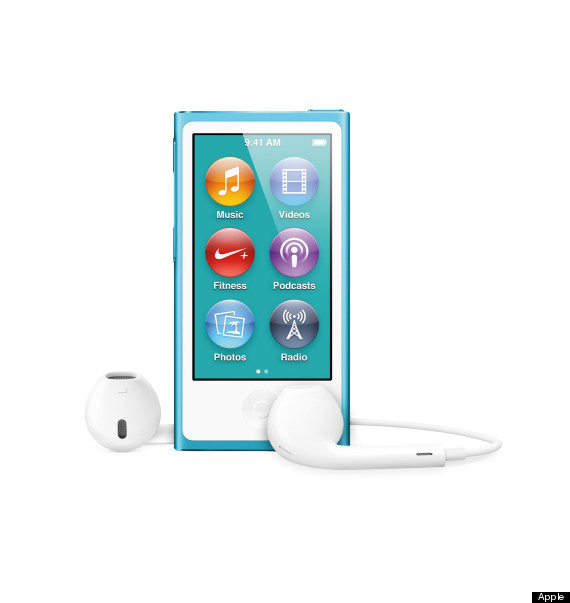 The Fifth-generation iPod Touch was also shown off. Measuring 6.1mm thin and weighing 3.1 ounces (88 grams), it's the "thinnest iPod touch" yet. It boasts a display that's the same 4-inch size as the iPhone 5, as well as a 5-megapixel iSight camera. Apple equipped the new iPods with A5 chips for faster processing and better graphics rendering, and the device now comes with Siri, Apple's personal digital assistant. The battery life has been boosted to allow for 40 hours of music-listening, according to The Verge's live blog.

The iPod Touch, via Apple: 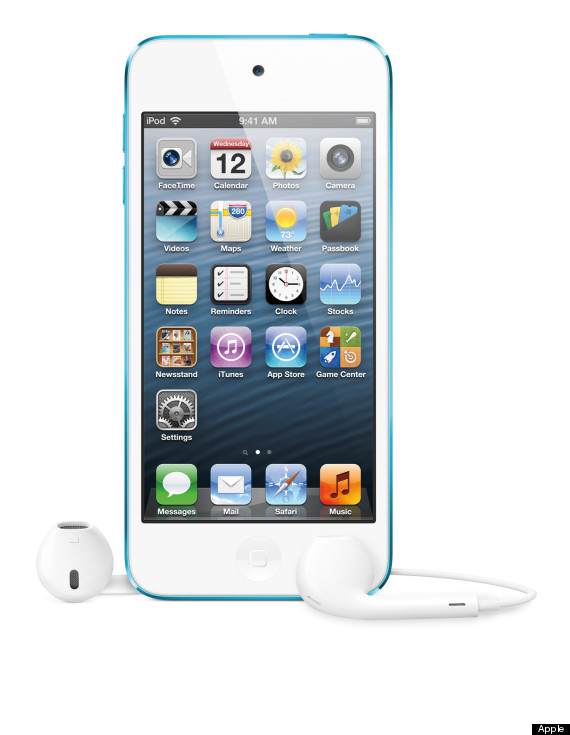 Engadget reports that the Shuffle is available today and the new Touch and Nano models will be available in October.