Virtually everyone in the U.S. has relied on a prescription drug to alleviate an infection or a chronic disease. How is a drug discovered? How do we know that it is safe and effective? Behind every prescription drug is a story of scientific discovery, innumerable failures and extensive resources that led to eventual approval by the Food and Drug Administration (FDA).

The challenges of discovering new medicines sometimes brings to mind the Greek character Sisyphus whose punishment in Hades was to push a boulder up a hill almost to its zenith, only to find that his burden inexorably returns to the bottom. Weary Sisyphus must repeat the task for eternity. 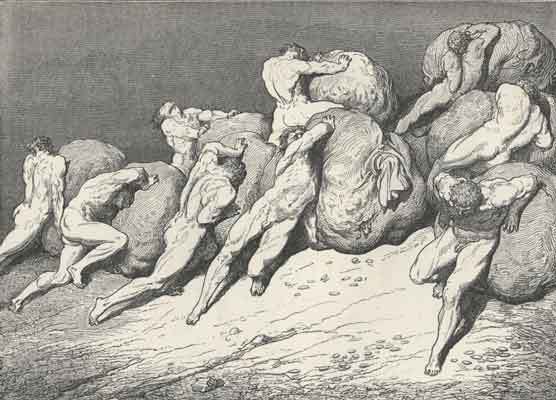 "In the underworld Sisyphus was compelled to roll a big stone up a steep hill; but before it reached the top of the hill the stone always rolled down, and Sisyphus had to begin all over again (Odyssey, xi. 593)."

OK, perhaps this metaphor is overly dramatic, given that many new medicines are discovered regularly. Every now and then, that boulder does reach the tipping point representing a new discovery.

Approval of new drugs by the FDA has been declining, with 17 approvals in 2007, the lowest since 1983. Going from a "eureka" moment of discovering a candidate for a new drug to final approval by the FDA can take 10 to 15 years, costing on average $1.32 billion per drug.

Why does it take so long and require such a large investment? Because failure rates are high. That drug candidate discovered at the lab bench may have all of the desirable traits, including potency and specificity for the targeted disease, the right physical properties, a good safety profile in animal models such as mice or rats, but fails in the first phase of clinical trails using healthy volunteers.

Even those few candidate drugs that pass Phase I of the FDA-required clinical trails, showing safety when given to people, only about

Second, the random hay roll. You could spread out the haystack evenly, then roll around the hay (I know) until one of the needles pokes you. Repeat the process until you find all five needles.

Third, use a detector. You could use a metal detector, scanning the entire haystack. This detector would have to be very sensitive to reveal the location of the tiny needles.

Fourth, use a smart detector. You could use a powerful magnet -- so strong that simply holding it near the haystack would pull the needles out of the haystack.

Each of these approaches has been used at one time or another. The current most popular methods are the "random hay roll" and the "smart detector" as ways to measure what could be the next new drug. The "smarter" the detector is, the more potent and effective the medicine will be, reducing chances of adverse side effects.

One of the biggest challenges in finding new medicines is in the battle of infectious diseases, because the disease-causing microbes or organisms are constantly evolving to survive and they mutate quickly. It's like trying to hit a moving target.

One such moving target is the parasite that causes malaria. Close to half of the world's population is, at one time or another, exposed to the parasite resulting in more than 800,000 deaths each year. Classical treatments such as chloroquine that were highly effective years ago have become less and less effective as the parasite develops resistance. With each wave of resistance to the medicine, a new medicine must be developed against which the organism inevitably becomes resistant.

(See here for an authoritative overview on malaria , which describes symptoms, treatment and prevention.)

A recent paper in the prestigious journal, Science reports the discovery of a new class of potential antimalarial compounds using a traditional approach for their "smart detector." (For News Focus click here, for a Perspectives, click here.) These scientists found their "golden needle" using a traditional "detector" -- the parasite itself. They carefully tested more than 12,000 chemicals, mostly from natural sources, and found 275 possible candidates that were capable of killing the parasite.

How could they find the best one? Most approved drugs share common physical properties that can guide these choices. Based on these criteria, only 17 candidates seemed promising. Only one from this group showed the most promise as an effective antimalarial treatment, belonging to a chemical class called spiroindolones. But the search doesn't stop there.

Hoping to fine tune how potent and specific the candidate drug could be, these scientists prepared about 200 related chemicals. From this new group, only one emerged with the desired properties. Most importantly, this potential drug is able to kill drug-resistant parasites in mice. So this compound is now poised to be tested in people, as the first Phase of clinical trials.

Could this spiroindolones be the next chloroquine that saved so many lives in the past? Remember that only about one in six candidates succeed, so there are still more mountains to be conquered.