(By BARBARA ORTUTAY, AP/Huffington Post) NEW YORK -- MySpace, the online social hub that's been fighting to stay relevant in the age of Facebook and Twitter, is overhauling its image and its website into an entertainment destination for its mostly younger audience.

The social-networking pioneer, which was among the top Internet sites just a few years ago, now has its sights set decidedly lower. Starting Wednesday and over the next month, MySpace will be relaunching its site to focus on giving users more ways to consume music, videos and celebrity gossip.

Entertainment has long been central to the MySpace experience, but over the years the site was also pulled in different directions as it dabbled in classifieds, job ads and even user reviews in a partnership with Citysearch as it pushed to become a social portal for the Web. It didn't work out, and Facebook is now emerging as that portal.

MySpace CEO Mike Jones said the relaunch "pulls us out of the social networking category" to become a social entertainment destination. So instead of connecting with long-lost friends and sharing baby photos, MySpace wants to be the place where people go to find out about new bands, chat about TV shows and make movie recommendations.

News Corp. bought MySpace for $580 million in 2005. For some perspective, that's the same year YouTube launched. After a promising start, the site's luster began to fade and advertisers, along with users, flocked to Facebook. EMarketer estimates that advertisers worldwide will spend about $347 million on MySpace this year, down from $470 million in 2009. The research firm estimates 2010 ad spending on Facebook to be around $1.3 billion, more than double $665 million a year earlier.

In the most recent quarter, the News Corp. segment responsible for MySpace lost $174 million, mostly due to lower search and advertising revenue. News Corp. reports fiscal first-quarter results on Nov. 1.

If the relaunch is successful, MySpace may still become the cultural powerhouse MTV was in the 1990s, when its decision to play a new music video could turn a band's fortunes overnight. Keeping with the age of the social Web, however, MySpace won't be the only one deciding what's cool. The site will also make its most loyal users the curators in a feature that's coming at a yet-unspecified date.

"The MTV influence is really obvious," Williamson said, adding that MySpace still has "pull with the audience it's trying to reach - young people."

There are big cosmetic changes too. Long criticized for cluttered, clunky home pages, MySpace is streamlining its design. It will show fewer ads, but place them more prominently. It also will have far fewer buttons and page templates. In a presentation, the company called it "cleaning up MySpace e-waste."

"If we are refurbishing a house, it's starting from the ground up," Jones said of the eight-month redesign process.

MySpace has long fallen behind Facebook in user numbers and estimated advertising revenue, in part because it never appealed to older users. Its roughly 130 million users are mostly under 35, while Facebook's fastest-growing user base is those over 35. MySpace now says it's not trying to compete with social networks like Facebook.

"We're working on refocusing the company (and) narrowing down what our product does," Jones said.

Jones is the last of a three-person executive team that joined the company in April 2009. His former co-president Jason Hirschhorn, left in June and former CEO Owen Van Natta, once chief revenue officer of Facebook, left in February.
___ 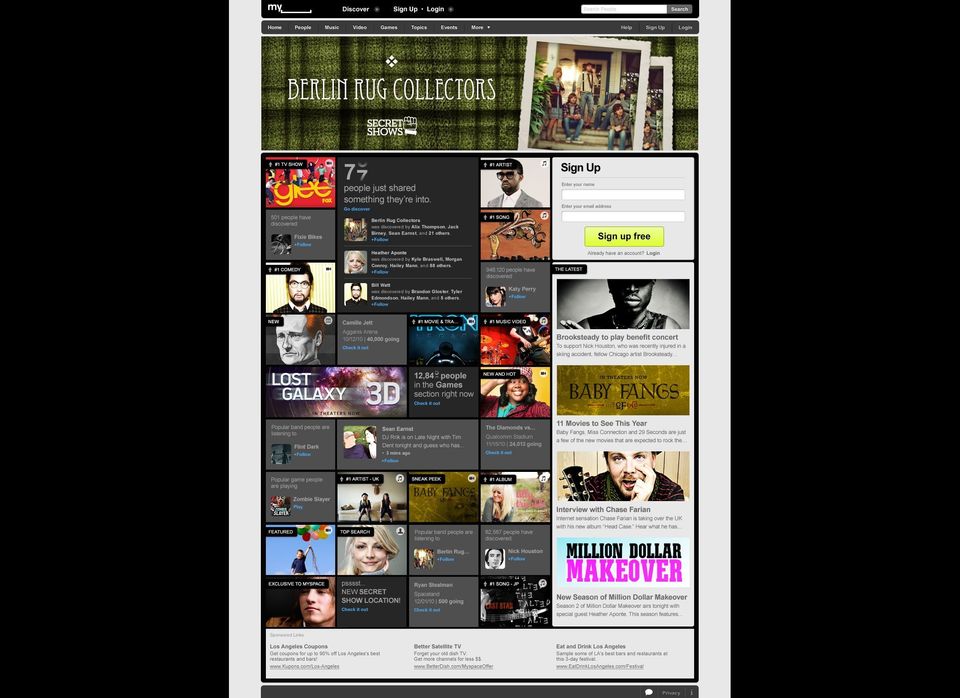