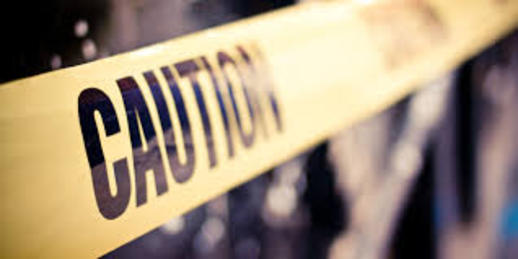 Corporate-reform-supporting proponents of the state-run Recovery School District (RSD) in New Orleans are not known for delivering messages of "caution" regarding the success of the now-100-percent charter district.

What they have managed to do is to shape a success narrative by controlling the success message. So, I was surprised to read the following brief in Politico on April 15, 2015, regarding cautiously interpreting RSD "success":

THE NOLA MODEL: PRAISED BUT UNPROVEN: New Orleans post-Katrina has often been held up, with fanfare, as a successful education experiment. "But I don't want the national media to say that it worked," said Mickey Landry, executive director of the Choice Foundation. "Because it didn't 100 percent." Mayors and governors from Nevada to Tennessee have been quick to replicate the New Orleans model of converting struggling public schools into privately run charters and giving principals unprecedented autonomy to run their own staffs, budgets and curricula - as long as they deliver better test scores. And as the 10-year anniversary of Katrina approaches, there are positive signs. New Orleans used to have the worst public schools in the state, but high school exam results and graduation rates are nearing the state average. The results aren't all great, though. The average ACT score for the high school class of 2014 in the state's Recovery School District, created to take over failing schools statewide before the storm - was 16.4 - considerably below the minimum score required for admission to a four-year public college in Louisiana. Others note that school quality is uneven, political dysfunction endures and allegations of civil rights violations persist. Critics say that parents' voices have been shut out. All in all, analysts say that despite the enthusiasm for the portfolio strategy used in New Orleans and elsewhere, there isn't much evidence to prove whether it's working or not. I have the story here: http://politico.pro/1CITHlm

- "What New Orleans has proven is that you can go, in layman's terms, from an F to a C," said Neerav Kingsland, former CEO of New Schools for New Orleans and now an independent school consultant in the city. "We've taken what was arguably one of the most underperforming school districts in the country and we've stabilized it so that it's now performing near the state average."

- "Of course, that being said, Louisiana ranks 49th in the nation, so the state average is not a measure of excellence," Kingsland added. "I don't think we have proven that this system can deliver excellence. I don't think anyone would say it's excellent."

These guys are spouting off the caution message because they are in an RSD-public-image corner, and the know it.

RSD is image, and image requires a controlled message. However, it seems that such control has taken a few significant hits, particularly in the early months of 2015.

First of all, a nonprofit that shares Tulane University office space with some noted RSD promoters- including the Cowen Institute, New Schools for New Orleans (NSNO) and the Louisiana Association of Public Charter Schools (LAPCS)- is planning on hosting a ten-year anniversary conference in June 2015 to examine the impact of post-Katrina-grown RSD. That hosting nonprofit is Doug Harris' Education Research Alliance of New Orleans (ERA).

Now, that sounds like it automatically means that Harris will guard the RSD success narrative with the same- ahem- care as his reformer cadres. However, it seems that such will not be the case, especially if one considers that ERA's second research report, released in March 2015 (as part of a series that ERA intends to release) indicated among its findings that in 2012, some New Orleans principals (both within RSD and in the few remaining Orleans Parish-run schools) admitted to manipulating student selection of students into their schools. Such manipulation is not supposed to happen in open-enrollment New Orleans. Open-enrollment New Orleans is supposed to offer "choice" to parents- not to principals.

This is surely not the kind of detail proponents of market-based RSD want "out there"; however, the greater issue for the RSD success narrative shapers is that ERA could well publicize even more image-damaging details in future reports.

ERA's first report and associated community meeting regarding the Walton-funded open enrollment application process, the OneApp, did not leave the RSD success image with a sparkling shine, either.

What future ERA reports might reveal regarding RSD reality is only one major issue prompting RSD-cheerleader caution, but there is now another: Winning its case on appeal in March 2015, local research organization, Research on Reforms (ROR) has finally been granted access to data on RSD for the years 2010 to present. This allows ROR to continue research on RSD that is not subject to the approval of the Louisiana Department of Education (LDOE). ROR sued LDOE when LDOE stopped sending de-identified student data to ROR in 2010 but kept sending the same data to a more sympathetic research outfit, the Center for Research on Educational Outcomes (CREDO).

As is true with ERA, there is also no telling what research findings ROR will publicize in the upcoming months regarding RSD reality- but I believe that LDOE has an idea from being familiar with its own data. And LDOE and the RSD-selling set must prepare the public for a narrative that requires, well, "caution."

There is a third issue that has interfered with the RSD success narrative of late, and that one is my doing. Louisiana superintendent John White refused to release Louisiana's Class of 2014 ACT scores in 2014. In January 2015, I wrote about those missing ACT scores-- and someone in higher ed provided them to me.

The only reason NSNO former CEO (that's eyebrow raising) Neerav Kingsland can even cite that supposed RSD ACT composite of 16.4 in the April 2015 Politico blurb above is that I forced John White into a corner. As a direct result, he had to throw some number to the public to combat the authentically-verifiable 15.7 RSD ACT Class of 2014 composite that I published days earlier.

Those tempted to emulate New Orleans RSD, should ponder the entire ACT-score-hiding scenario.

The "mother" of RSD legislation, former state board member Leslie Jacobs, tried to shape that 16.4 into something fabulous. However, in her image forging, she failed to detail that the RSD construction of 16.4 was actually a drop from the state-declared 16.8 two years prior.

So, not only is the state's best story of RSD ACT "success" eight years after Katrina a sorry 16.4- it is a sorry 16.4 that has fallen for the past two years.

I also posted information on how few RSD graduates qualify for in-state tuition scholarships, even to community colleges.

But let's say that RSD high schools are graduating a lot more students in recent years than in the past.

How is it, then, that so few of these RSD graduates qualify for the state tuition waiver to attend even the state's community colleges?

This outcome schism nullifies any RSD cheerleader touting of higher graduation rates. Indeed, an independent audit of RSD schools is long overdue, including an audit of high school courses offered and verification that students are actually completing the coursework listed on their transcripts.

And about that section of the Politico article, "What New Orleans Has Proven" and the "improvement" in the RSD district grade "from" an F "to" a C:

The "improvement" is an artifact of changing the school grading formula. Specifically, the change in the formula from 2012 to 2013 "raised" the RSD district score from a D to a C. (For more on the "optical illusion" of RSD school grade "improvement," click here.)

In Politico, Kingsland declares that RSD's "improved" district grade of C means that RSD is "performing near the state average."

Kingsland is trying to equate that inflated C with "average." However, if he considers the July 2014 definition of "failing school" used to determine voucher eligibility, C is not "average"- it is "failing." And the largest voucher school, Resurrection of Our Lord School (531 voucher students), is located in the midst of the New Orleans Charter Miracle.

So yes, RSD success narrative "caution" is certainly in order.

As to corporate reformer Kingsland's lament about Louisiana "ranking 49th in the nation":

Louisiana ranks first in the nation for both education reforms and business climate.