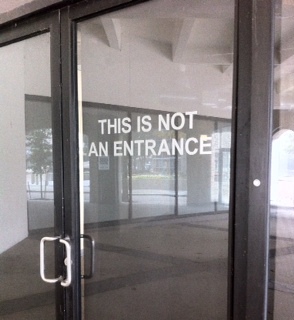 It is February, and at my high school, that means scheduling students for the next school year. During two of my classes today, our counselors were in my room explaining to students the Louisiana Board of Regents minimum requirements for first-time college freshmen who wish to attend a four-year college or university in Louisiana. These requirement are the result of legislation passed in 2010 and phased in over four years, the Grad Act.

Even though Regents also has an ACT composite requirement, one can readily substitute a high GPA in place of a lacking composite.

However, that 18 in English and 19 in math is virtually non-negotiable. An institution might be able to conditionally admit some students in the name of "research"; however, there is not too much of this allowed, for Regents states that the two ACT subscores are the most widely acceptable, readily available evidence that a student would not require remedial college coursework in English or math- a rule effective for all Louisiana four-year institutions of higher education effective Fall 2014.

The rule is rather stringent, and since neighboring states such as Mississippi are not held to Louisiana Board of Regents criteria, it is no wonder that the Louisiana rule of "raising the bar"- and insistence that such "raising" will somehow result in students meeting the raised bar- could actually cause many would-be Louisiana college students to make the drive across a state border to get a four-year-college education.

This is "raising the bar," and keep in mind that the corporate-reform-minded, "no excuses" set believe it will work.

These same bar-raising folk also believe in the magic of the state takeover of schools that cannot cut it when it comes to standardized test scores. They believe in closing community schools in favor of opening under-regulated charter schools heavily staffed by temporary-yet-"talented" Teach for America (TFA) recruits. They believe that with this TFA-charter combination, student test scores are bound to rise and that the "no excuses" ideology will win in the end.

That is what they believe.

Yet problems arise when those pesky test scores tell a different story. When that happens, one must hide the data in order to "give choice a chance."

Meanwhile, the graduates of the "choice" experiment suffer when "choice" is preserved at the expense of truth.

So, it is for the children of so-called New Orleans Recovery School District (RSD) "choice" that I present the data in this post.

This is not an effort to chastise those trapped in the RSD "choice" system. It is an effort to finally offer the public RSD research that has not been warped and refashioned into the hologram of victory by a very-pro-privatizing Louisiana Department of Education (LDOE).

What I have here are data on how many of the state-run, RSD schools' class of 2014 graduates scored that 18 in English and 19 in math on the ACT- a necessary condition for admission into a Louisiana four-year college or university straight out of high school.

My data are relatively simple: Numbers of ACT test takers with certain ACT subscale scores for each RSD high school. I have not twisted and shaped these outcomes; I have not created nebulous indices and ever-changing, convoluted scoring systems with them.

I simply offer them, especially to states and districts nationwide that are considering modeling state-run districts after what has repeatedly been marketed as the "New Orleans charter district miracle."

I don't do marketing.

There is no miracle.

Here is my data:

The above file is an Excel spreadsheet that includes info on the state-run RSD class of 2014. The sheet has seven columns:

C. Number of class of 2014 test takers per school

E. Number of test takers meeting Regents requirement of 18 in English and 19 in math per school

F. Percentage of test takers meeting Regents requirement of 18 in English and 19 in math per school

G. Average ACT composite of those meeting the Regents requirement

(Note: ACT refers to these test takers as "graduates"; however, though they are the class of 2014, it is possible for one to take the ACT and still not graduate as planned.)

Some highlights from this data:

Another six RSD high schools each graduated less than one percent meeting the requirement, or 16 students out of 274 (5.8 percent).

If the OP Walker were removed from RSD-NO, then RSD-NO would be left with 52 qualifying students out of 840, or 6.2 percent.

Notice also that the average ACT composite scores of those meeting the Regents 18-19 requirement (column G) are all above the 18 that LDOE focuses on as a minimum mark of success.

Clearly the theory of "raise the bar and achievement will rise" is not playing out in the New Orleans RSD when it comes to meeting the Regents minimum requirement of an 18 in English and 19 in math on the ACT.

No miracle here. Only more data that Louisiana Superintendent John White wishes he could hide.