We've all been there -- only one wall is done and the paint left in the tray is already drying. Let's not even mention the fact that there's more paint on the outside of the can and on the drop cloth than there is on the surface you actually meant to paint. And once it's all over, it's off to the basement or garage for that can of paint, where it will end up sitting for years to come. University of Nottingham design student Alec Machin is saying enough is enough of this nonsense.

Yes, it's been around since 1868, but "other than actually holding paint, the traditional paint can offers very few benefits at all," Machin told Fast Co. Exist, further proving the EPA's estimation that about 10 percent of house paint purchased in the US each year is ultimately discarded.

So instead of accepting the design-flawed metal container, he entered his prototype for consideration in the RSA Student Design Awards in attempt to keep the eco-friendly paint revolution moving forward. From paints free of harmful odors, chemicals or added solvents to brushes made of recycled materials, Machin's design fits right in with the "green" movement. It features a one-way pouring valve that prevents paint from drying out, a storage bag that maintains its temperature, and a container, lid and valve that can all be recycled to reduce package waste. In other words, it's genius.

Granted, it still won't actually paint for you, but if the winning concept does come to life, it will at least be another step in making painting a more eco-friendly (and less time-consuming) process.

Check out photos of Manchin's design below. 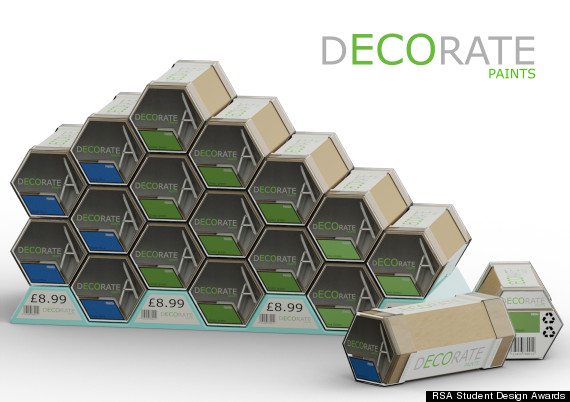 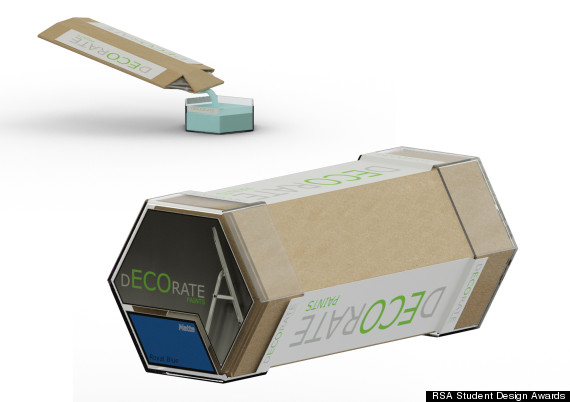 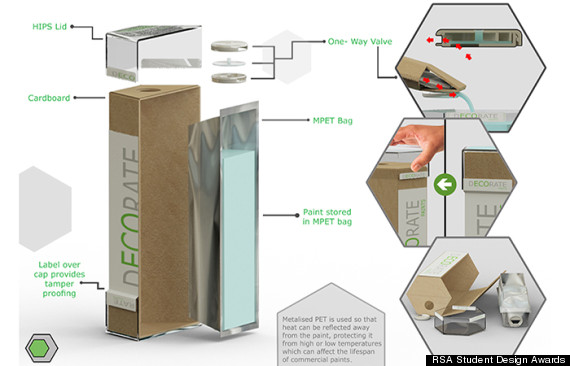 34 Kitchen Products So Many People Have, It's Time You Finally Tried Them