Derived from the Latin phrase for something locked away "with a key," the papal conclave is one of the world's most secretive elections.

Church officials are expected to decide next week when the days-long voting process to choose the new leader of the Roman Catholic Church will start. Once it does, the 115 cardinals eligible to vote (those under age 80) will be shut away from the public in Casa Santa Marta, a church-owned hotel on the outskirts of Vatican City. A bus will shuttle some to the Sistine Chapel for meetings each day, and those who choose to walk will be closely guarded.

Before the cardinals march into the Sistine Chapel, they'll have checked away their cell phones, computers, newspapers and anything else that could connect them to the outside world. The famed chapel will have been swept for bugging devices, and the electors will “promise, pledge and swear" to "rigorous secrecy," per church rules.

Wireless signal jammers will be in place in case of any attempted breaches. Cardinals who break their vows with media leaks will face undisclosed punishment, while non-cardinals who know of the proceedings and divulge information face automatic excommunication.

"The systems of electing cardinals, the pope, the clergy of Rome -- they were essentially public events for a long history of the church," said Frederic Baumgartner, a history professor at Virginia Tech university and the author of Behind Locked Doors: A History of the Papal Elections. "The idea of secrecy is relatively new."

While the Catholic church is more than 2,000 years old, for much the past its leaders were picked by consensus among the Roman upper class and Catholic bishops, with some political jockeying by heads of European kingdoms. The current rule limiting voting only to the College of Cardinals was instituted in 1059 by Pope Nicholas II.

In 1274, Pope Gregory X said cardinals should be kept in a secluded conclave to vote. That was only after political infighting had kept the church leaderless for three years prior to his election. Following popes undid Gregory's move before reinstating the conclave and adjusting it to their own liking.

But a conclave didn't necessarily mean secrecy, said Christopher Bellitto, chairman and associate professor of history at Kean University in Union, N.J. "They talked about secrecy in the Middle Ages and the Renaissance, but they didn't burn ballots" as they do today, said Bellitto. He points out that until relatively recently, most conclaves took place in locked Vatican rooms, not beneath Michelangelo's frescoes.

Until the early 20th century, the kings of Spain and France and the Holy Roman Emperor could veto the cardinals' choice for pope, though the power was seldom used. One exception came in 1903, when the Austrian emperor blocked the the election of the Vatican secretary of state to succeed Pope Leo XII. The final winner was Giuseppe Melchiorre Sarto, who became Pope Pius X.

Leaks surrounding Pius's election quickly hit the newspapers, a breach that "greatly offended him," said Baumgartner. His papacy was the origin of the heavily guarded conclave and secret ballot tallies. "Copies of election ballots are in the Vatican archives, but since 1903 they have not been released," Baumgartner said.

The new pope could decide to release the election results, but the chances of that are slim. Broader leaks about the conclave are common after it's over, as Vatican reporters have noted over the years, but church observers more often have to look to clues to understand the voting process.

The last two conclaves, for Pope Benedict XVI and Pope John Paul II, only lasted two days, meaning cardinals were largely in agreement about who should lead. A longer conclave this year could mean there's less consensus. Current rules say a cardinal needs two-thirds of his peers' votes, plus one additional vote, to become pope.

The current election is still wide open, though some cardinals have hinted this week about the things they'd like to find on a successor's résumé -- from pastoral and management experience to geographic background. Vatican officials confirmed Friday that cardinals will begin meeting in "general congregations" Monday, but said a firm start date for the conclave won't be announced until later.

Happenings inside the Sistine Chapel will be a mystery until it's over. Ballots will be burned and colored smoke will rise from the chapel twice daily, with black smoke meaning cardinals have failed to agree on the new pope, and white smoke indicating they've picked the church's new leader.

"One effect of all this mystery is that it allows the cardinals to proclaim they are being influenced by the Holy Spirit alone," said Baumgartner. "They are completely cut off from the world entirely and completely open to the Holy Spirit and therefore they are making the right choice. It's become a major argument for secrecy."

New Pope's Election Conclave Will Be Secret, But Decision Was Once A Public Affair
Pope's Last Day 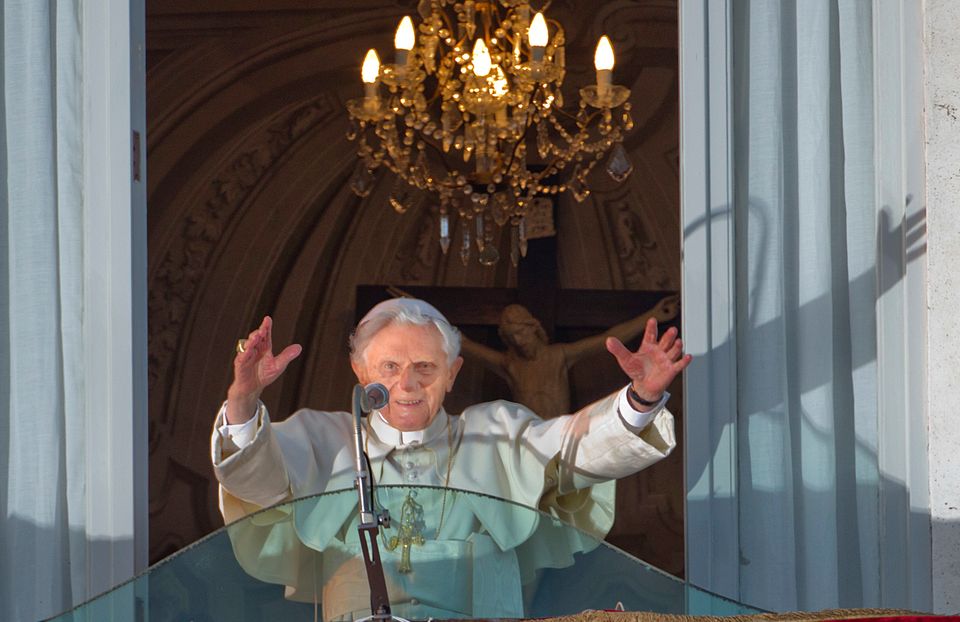