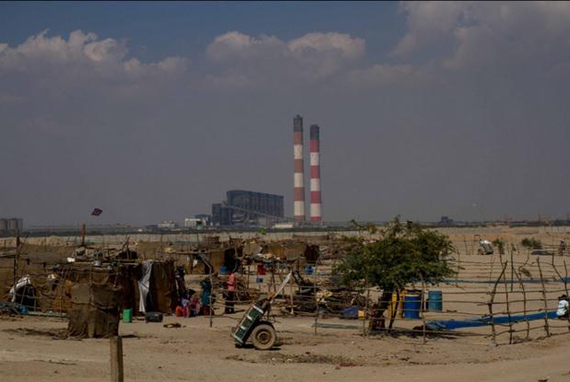 Following decades of detrimental overseas coal project financing by Multilateral Development Banks (MDB), there has been meaningful progress made to secure new policies at MDBs to limit this type of financing -- specifically for coal projects, which are prone to devastating environmental and human rights violations. This includes clear restrictions at some of the world's largest financiers, including the World Bank, European Investment Bank (EIB), and European Bank for Reconstruction and Development (EBRD). But despite this progress, there are some entrenched interests that refuse to get with the times.

Recently, yet another damning report was released on the 4,000 megawatt Tata Mundra coal-fired power station in Gujarat, India, which received $450 million in financing from both the World Bank Group's International Finance Corporation (IFC) and the Asian Development Bank (ADB).

This time around, it is the Compliance Review Panel of the ADB that is raising the alarm. In their report, the panel found that impacted communities were not adequately consulted prior to construction of the coal project, and now they are facing drastically reduced fish catch, physical barriers between their homes and fishing grounds, dangerous coal dust and fly ash pollution, and unacceptable air pollution. The report says the damage will continue unless the project is brought into compliance with ADB policies.

For local fishing communities, the devastation wrought by Tata Mundra is almost unimaginable.

Tata switched to an open cycle cooling system despite being permitted for a closed cycle system. The result was a rise in water temperature and the alleged release of pollution into the ocean. The dramatic loss in fish catch means that families are having difficulty sustaining themselves. Moreover, ash from the coal plant is contaminating the drying fish, which the communities need to sell in order to survive. And if that wasn't enough, fences and barriers enclosing the project mean locals must now travel kilometers out of their way to reach traditional fishing grounds. A proper consultation process would have anticipated the loss of livelihoods and health impacts in advance, but several fishing communities were excluded from the assessment process entirely.

In 2013, the CAO issued a report condemning the human rights and environmental violations at Tata Mundra. But rather than withdrawing from the project or seeking to address the problem, the IFC dismissed the findings in a response that World Bank President Dr. Jim Yong Kim signed off on. This led to an uproar amongst Indian civil society groups, with over 100 organizations signing a letter rebuking the IFC.

One year later, the CAO issued another report examining the progress made to address the project violations, but it found that there was in fact no progress. The utter lack of accountability at the IFC appears shocking, but unfortunately it is the standard operating procedure at the institution.

In a similar case, the IFC did nothing when the CAO criticized it for supporting Corporation Dinant, a Honduran palm oil company that has faced public allegations of violence and intimidation -- including allegedly supporting a coup to overthrow president Manuel Zelayam, links to the murder of 40 leaders from rural farming communities, and forcibly evicting families in a campaign of terror against farmers. It was only after international outcry that the IFC was forced to reverse course and take action to address its failings in Honduras.

But the Gujarati fishermen don't need another report to tell them their rights are being violated. They have cooperated with every investigation and continued to advocate for their rights despite increasing hardships and with no end in sight. They need action now.

The ADB has an opportunity to do what the IFC failed to do -- use its influence to force the Tata Corporation to take action and start to repair the damage done to local communities. To do less calls into question the legitimacy of the institution and its accountability mechanisms. It is also time for the ADB to join the growing list of institutions and countries -- including the United States, the Nordic Countries, the United Kingdom, the Netherlands, France, the World Bank, EIB and EBRD -- and end support for dangerous coal projects like Tata Mundra.

Download
Calling all HuffPost superfans!
Sign up for membership to become a founding member and help shape HuffPost's next chapter
Join HuffPost
Follow Nicole Ghio on Twitter: www.twitter.com/nicoleghio
Voting Made Easy
Register to vote and apply for an absentee ballot today
Register now