Today's LA Times bombshell, a report by Ivan Penn that families have been sick for years from the leak of a natural gas additive in a small Alabama town, raises troubling questions of why Governor Brown's Administration and LA health officials have denied any significant health impacts could occur from Aliso Canyon's methane leak.

Penn went to 8 Mile Alabama to document how an additive to natural gas, Mercaptan, caused illnesses among thousands of families after the town was contaminated by a leak of the toxin in June 2008. 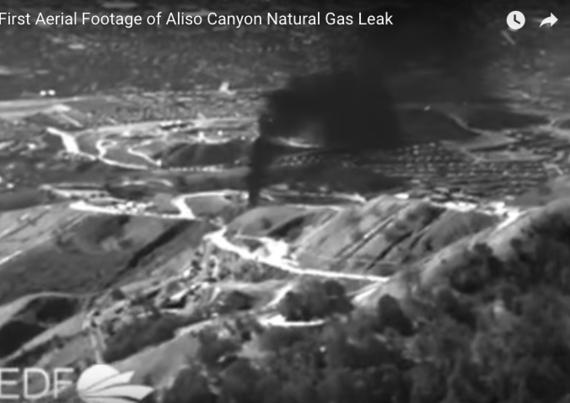 Mercaptan is the additive that gives natural gas a noxious odor and it has been found to cause severe health impacts, even death at high levels of exposure.

Mercaptan was released with the natural gas leak at Aliso, the largest such leak in US history, that went on for four months. What's deeply troubling in light of Penn's story was the insistence of LA County health officials and state agencies, at the time, that Aliso Canyon residents who claimed to experience health effects were not really having them.

Governor Brown's administration ensured the entire investigation and testing in Aliso was a closed-door affair for Sempra through an emergency order that kept tests results confidential and refused to allow public testing directly over the leak.

Brown's sister, Kathleen, sits on the board of Sempra, a seat she took in 2013 after he occupied the governor's office in 2011, and has received $690,000 in compensation from the company for. Sempra is also responsible for the leak at 8 Mile, having bought Mobile Gas, the company that caused the contamination, and has settled several lawsuits over Mercaptan.

Sempra and government investigators had to know about the Mercaptan risk if the LA Times found it. Why did they insist there were no health problems and keep all testing from the Aliso leak site so confidential?

There's a long history from Governor Brown of fealty to the utilities and Sempra in particular. LA County public health officials have long been criticized for their inadequate responses to public concerns.

The question now is whether the government kept the truth about health risks from Mercaptan from the public because it wanted to protect Sempra and powerful interests behind Porter Ranch real estate. Kathleen Brown sister, for example, sat on the board of another company with major holdings in the area.

What now for Porter Ranch? How about an independent definitive study of the health impacts of Mercaptan?

It's shocking there's yet to be one, but perhaps that's owed to the extreme power of Sempra, and our reliance on natural gas under the Brown Administration to fire our electric plants. Nationally, utilities tends to control the federal and state regulatory agencies through regulatory capture.

Questioning the use of Mercaptan implicates the use of natural gas across the US, as well as whether Aliso should be closed. The Brown Administration and its minions have worked hard to keep Aliso's natural gas reserve open, despite strong evidence it's not needed. The question needs to be raised again, possibly in a court of law since the EPA has hardly been ineffective on the issue in 8 Mile.

Who will study Mercaptan and its impact at Aliso? Time for independent analysis and new leadership.

Jamie Court is president of Consumer Watchdog, which documented the Aliso Canyon crisis and Brown Administration at CapitolWatchdog.org