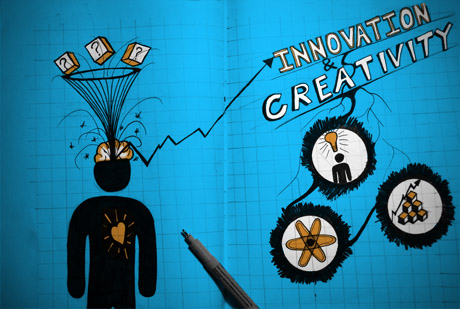 It's something investors have known for years, and now there's proof entrepreneurship and innovation lead to a better economy.

Dr. Quinton Nottingham, statistician and Associate Professor in the Department of Business Information Technology at Virginia Tech, has established that a rise in trademark registration correlates to a rise in the stock market. The Dow, NASDAQ and the S&P all increase with increased corporate activity.

In the fourth quarter of 2012, a research study through Dr. Nottingham was commissioned by SecureYourTrademark.com. The study, which observed trends from between 1994 to 2012, is an analysis of stock market trading volume as compared to the volume of new trademark registration from the same time period.

The most compelling proof of a correlation appeared during the period of time known as the dot-com bubble. Following the online industry timeline, there was an observable increase in trademark registrations that followed the dot-com wave up until the infamous bubble burst. This matches up near-perfectly with the rise and fall of the stock market during that time. The rise began in 1997 and burst in 2000, with new trademark registrations falling flat and a simultaneous stock market downturn.

Additional proof came with the 2008/2009 economic plunge. Trademark registration steadily increased from 2002 to 2008 and then noticeably halted during the latter part of 2008. New registration levels remained flat through 2009 and early 2010. There was then a subsequent and simultaneous rise in both new registrations and the stock market when the recovery began in 2011.

The conclusion here is that increased trademark registration activity signifies elevated market activity and good economic health. This begs the question, why? The answer appears to be a combination of investor research and increased economic activity.

New economic activity associated with new trademarks translates to revenue growth for the owners of the trademarks. This much is a given. But as far as investment goes, since new trademark registration is public record and is available to any investor who chooses to research his next acquisition, it makes for easy investment intelligence. If a company has registered several dozen new trademarks within the last quarter, then chances are that it's a good time to buy as their operations and worth are set to potentially expand. If enough people follow this model, the market rises.

What this study brings to the table is fuel for both political agendas. The right can legitimately point to the study as support for a lack of governmental regulations and taxes that may impede either startups or big business from their research and development initiatives. When business innovation and expansion is hampered, then the stock market, and many retirement and investment accounts, suffer.

At the same time, the left can legitimately point to the study as support for advancements such as green energy innovation and emergent technologies that may accompany government initiatives, an example being the medical records digitization accompanying Obamacare and the central system improvements for the new gun control initiatives.

Regardless of how this information is used, the fact remains that innovation and expansion are the oxygen of the American economy.