The Republican National Committee is blasting out a new mailer charging that Barack Obama opposed a bill protecting newborns that survived botched abortions from being "left alone to die" in the operating room.

Two readers in North Carolina passed along the literature, which they received on Saturday.

The charge, which has been made many times before (including in a series of robocalls earlier this week), is based on Obama's opposition to the Born-Alive Infant Protection bill. A review by PolitiFact found the accusation "false." Obama opposed the measure not based on a callous position on abortion rights, but because he wanted to ensure that there were measures to protect doctors from criminal lawsuits, among other factors. Illinois law already required doctors to provide immediate life-saving care to such infants.

The sole source of the mailer is an article from The Weekly Standard, and it paints Obama as far more extreme than other senior Democrats, including John Kerry and Hillary Clinton. Talking Points Memo reported a robocall on the same topic earlier this week.

As always, if you receive any political mailers or phone calls, please let us know. 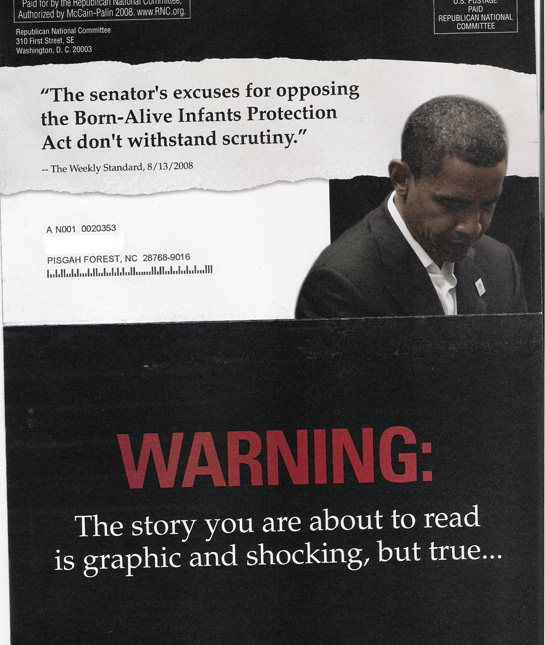 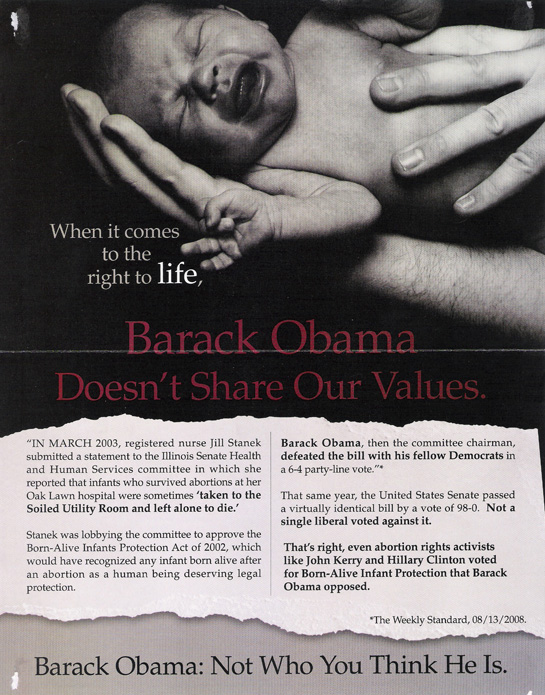