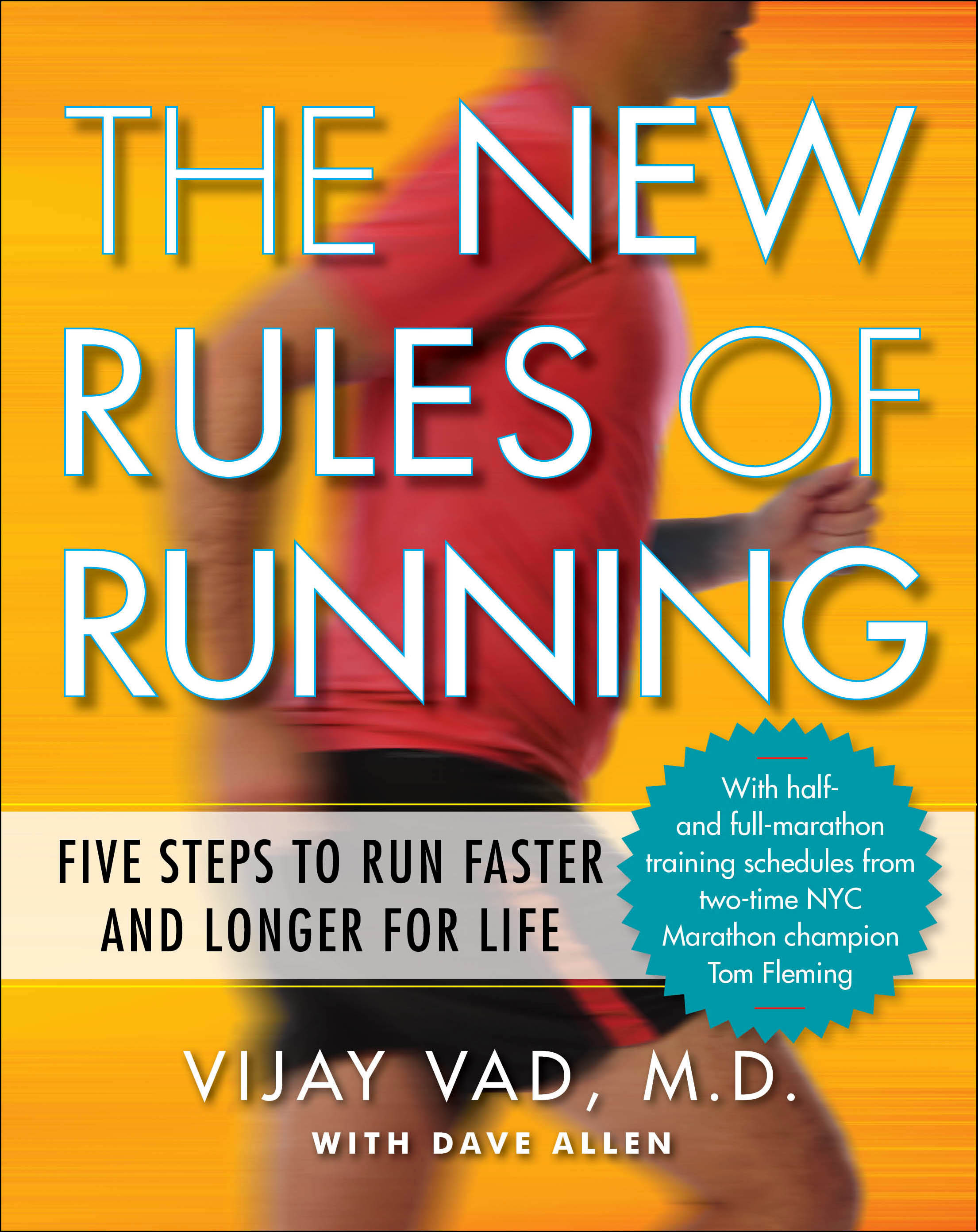 The following is an excerpt from The New Rules Of Running: Five Steps To Run Faster And Longer For Life by Vijay Vad, M.D. with Dave Allen

After Bill Rodgers won the 1975 Boston Marathon with a then-American record time of 2:09:55, he called his time "absurd." "I can't run that fast," said the four-time winner of both the Boston and New York City Marathons. "I must be dreaming this whole thing."

Not far behind Rodgers, in third place, was Tom Fleming, who established a personal-best time of 2:12:05. Of the 2,340 starters in the field that year, 113 finished in under two hours, 30 minutes. It was the fastest mass marathon to date, according to the Boston Athletic Association. In 2011, 36 years later, only 92 runners (out of a field of nearly 24,000) broke the 2:30 barrier. The times at the top were faster -- Kenya's Geoffrey Mutai ran the fastest marathon in history (2:03:02) -- but the overall depth of talent wasn't as good as it was when Rodgers crossed the tape in 1975. In the 2012 marathon, in extremely warm temperatures, only 21 runners finished in under 2:30.

"We had more quality runners back then because we did more running," says Fleming, who climbed to as high as number four in the world rankings. "We ran farther. Bill and I tried a lot of different things, but we figured we were going to go out and train more than anyone else."

In many ways, this "new" rule is an old rule that took shape in the late 1960s, when several elite distance runners, including Fleming, Rodgers and Amby Burfoot, started training under a method referred to as long, slow distance (LSD). They believed that by running at a more leisurely pace, approximately 50 to 60 seconds slower than their own marathon pace, they would have the ability to dramatically increase their weekly mileage. Did they ever! Fleming and Rodgers once logged a staggering 210 miles in one week, running 30 miles per day. (They would break it up into either three 10-mile runs or two 15-milers.) That distance proved to be too much, and eventually they trimmed it down to about 160 miles per week -- slightly more than what most elite marathoners run today.

Of the 160 miles Fleming ran each week, very few were at or faster than his marathon race pace (five minutes per mile). He would run a few 4:40 to 4:50 pickups mid-run, but for the most part, his training runs averaged 5:50 to six minutes per mile. Fleming believed -- as did Rodgers and Burfoot, Rodgers's teammate at Wesleyan University in Connecticut -- that speed is strength in disguise, and that by running at a pace that can be easily sustained over a longer haul, you can improve your aerobic fitness and your ability to run faster and more efficiently. Burfoot had trained under the LSD method when he captured the Boston Marathon in 1967.

"I ran my personal-best mile of 4:09:02 when I was training long, slow distance for a marathon," Fleming says. "I never saw the other side of six minutes [per mile] when I was training, but that was well within my comfort zone. Some days when you're training and you're tired, six miles at any pace is hard."

Fleming firmly believes that if you have a good, strong base, you can run your personal best for a marathon, a 10K, a 5K or even a mile, as he did. "Fitter equals faster," he says. "The speed will come from running lots of miles."

Fleming doesn't suggest that you run 160 miles per week, like he once did. "Everyone is different and has to find their own ceiling," he says. But running the vast majority of your miles at race pace or faster and incorporating too much speedwork into your program are how the average runner finds him or herself in the doctor's office instead of on the course come race day. Too many intermediate and first-time marathoners run their training miles at marathon pace or faster. They are coached by their GPS watches, says Fleming, and they often get injured as a result.

Now, you can't just run and do nothing else: You also need to supplement your mileage with a program that emphasizes strength and resistance training (i. e., eccentric contractions, in which the muscle is actively lengthening; also known as the "negative" phase). Typically, the first muscles to fatigue when you run are the hip abductors, and the more endurance you build in these, the longer you'll be able to maintain your posture and center of gravity, and the more efficiently you will run. Other core muscles, like your hip flexors and gluteus maximus, also need to be trained so that you can maintain your knee lift and proper leg stride as you run longer distances.

More:
SpeedFitness and Exercisehealthy livingrun fasterrunning
Newsletter Sign Up
An essential daily guide to achieving the good life
Subscribe to our lifestyle email.
Successfully Subscribed!
Realness delivered to your inbox